At the moment the world is facing 27 civil wars. Libya has been one of them since 2014. As Libya is located in a significant geopolitical region and has gone through many transitive political periods, it was just a matter of time for the second civil war to emerge in this area.

When did everything start and who is in the political spotlight?

After the bombarding of NATO in 2011 and following Gaddafi’s fall, efforts were detected trying to reconstitute a democratic state in the place of the old dictatorial one. However, the country was divided into competing political and military factions. The internationally recognised Government of National Accord (GNA), headed by prime minister Al Sarraj, is located in the capital city of Tripoli. On the contrary, there is the government of Tobruk with Abdullah Al- Thani as prime minister. The latter is supported by the powerful Libyan National Army (LNA) which is under the control of Khalifa Haftar in the east. The military-aided government has also allied with the parliament.

The reasons behind the civil war

Since then, the rival parties have been competing for dominating Libya while contemporaneously maintaining their sovereignty. Their utmost goal seems to be the control of the oil industry which is crucial for the country’s economic growth. Haftar, especially, ceased the extraction of oil in the key fields aiming at the economical doom of Tripoli. Moreover, he has carried out several bloody attacks against the capital city such as the one in April 2019. 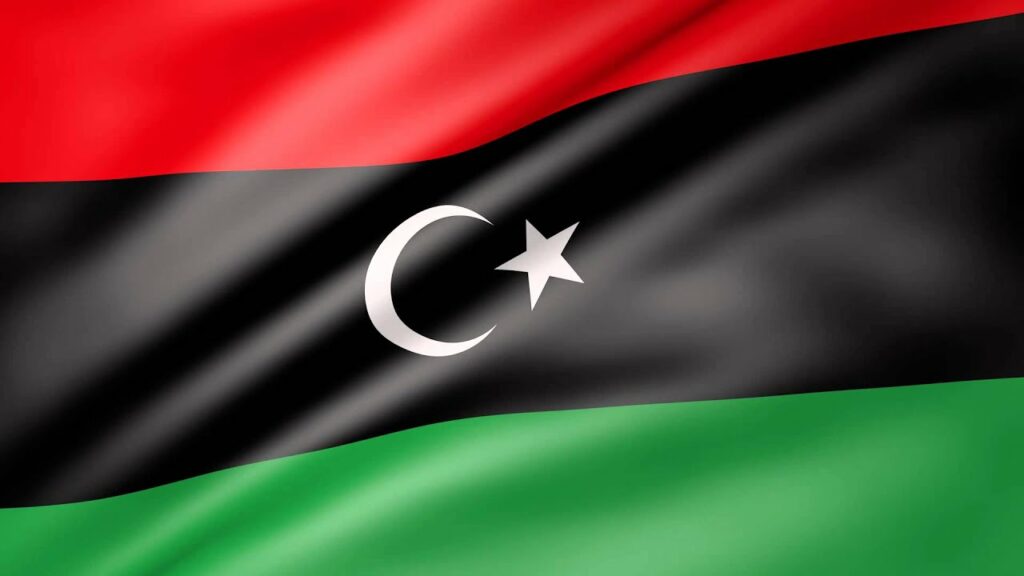 Which foreign powers are involved?

Foreign powers have played a considerable role in the development of Libya’s civil war. In an attempt to protect their interests Turkey, Qatar, Italy but also the UN and western countries have been supporting the GNA. Correspondingly, LNA is backed by Russia, Egypt, the UAE, Saudi Arabia, France and Jordan. The aid they provide includes weapons, mercenaries, recruits and drones.

During Gaddafi’s governance along with the strict rules he applied, Libya was recognized as the country with the highest living standards in Africa. Nevertheless, the ongoing civil war has caused the deterioration of living standards in every aspect. Access to healthcare, clean water, food and education is nearly impossible. Furthermore, there have been recorded power cuts and the market is suffering due to low commercial traffic. Under these circumstances of an unsafe environment, almost one third of the total population arrives as refugees in countries like Tunisia. What is even more tragic is the fact that according to the U.N. Human Rights Council, many Libyans and migrants become victims of open slave markets. Unfortunately, the rival authorities are incapable of putting an end at the slave trade. Women, in addition, are in peril of a possible kidnapping for ransom when they leave their houses. Their economy is also facing a downfall with Libya’s revenues loss at 90%. 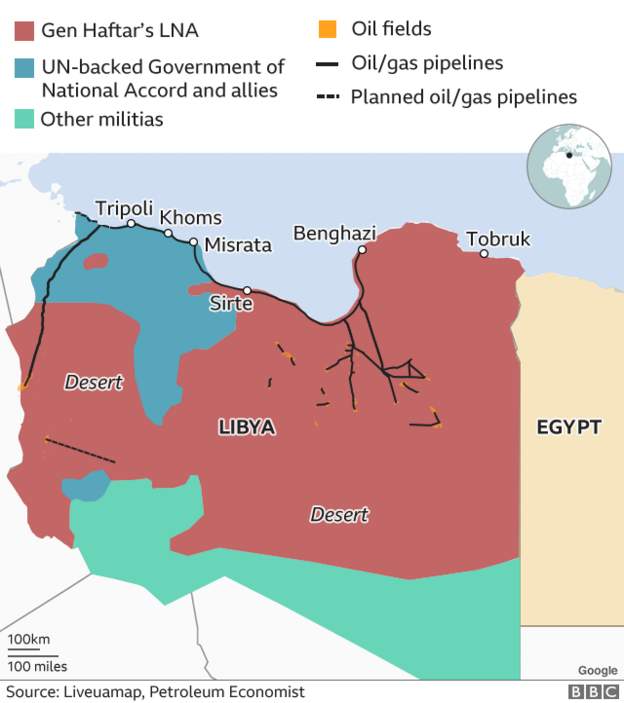 How does it affect Greece?

This situation does not only impinge on Libya but also on the international community, including Greece. More specifically, the internationally recognised government of Al-Sarraj signed a memorandum of understanding with Turkey in regard to their mutual delimitation of the exclusive economic zone in the eastern Mediterranean in a way that trespasses the sovereign rights of Greece.

On September 13th, the government of Abdullah Al-Thani submitted its resignation. A reasonable corollary taking into consideration the numerous protests over deteriorating living conditions and corruption. The previous evening, the protestors set fire to the government’s headquarters in Benghazi. In any case, the resignation should be first approved by the parliament of Tobruk. The same situation is taking place at the other side of the country where the prime minister of the internationally recognised GNA declared on September 16th that he is planning to quit until the end of October. Αs he stated: “I declare my sincere desire to hand over my duties to the next executive authority no later than the end of October”.

In conclusion, the situation that perpetuated in Libya constitutes once again proof that the interests of the states outweigh the importance of human life and the values of democracy. Let us hope that the up to date failed state will soon become a lawful and legitimate state with a proper economic and political background. Besides the two recent resignations by both the GNA and the government of Tobruk have paved the way for positive change.

By Theofanis Fousekis, Throughout the history of our world, there have been many examples where people fought against the ruling class or the opposite. One...
Διαβάστε περισσότερα
English Edition

By Evi Tsakali, Maria Montessori was born on August 31st 1870 in the provincial town of Chiaravalle, Italy. She graduated from the University of Rome’s...
Διαβάστε περισσότερα
English Edition