Return to school in the pandemic era: The case of Spain

September is the time of new beginnings and for more than 8 million children in Spain it always meant the start of the new academic year, a time of new challenges and experiences; a time to experiment, learn, make mistakes and improve. However, in one of the most atypical years of the century, September’s new beginnings are now hanging by a thread.

While Europe is undergoing an increase of COVID-19 cases – experts are already talking about a second wave of the virus -, Spain is specifically registering the worst relapse across the continent, with 9,658 new cases having been confirmed by the Spanish Health Ministry on the 27th of August. In the midst of the agitation, the start of the new academic year has arrived and, while the Minister of Education, Isabel Celaá, had assured that policies would be made “to achieve the highest level of face-to-face teaching possible and to manage a safe return to the classroom”, the government, after introducing some basic guidelines, has decided to rely on the decision-making of regional governments. The regional governments, in turn, as they are not prepared for the task, have readjusted the initial guidelines and are relying on the schools themselves to arrange the preparations and get ready for the educational challenge that has arisen during the COVID-19 era.

This decision has caused an evident unease in Spanish society, and mostly amongst parents and school staff, who feel completely helpless. Miguel Rosa, a school teacher and the principal of one of the primary schools in Seville, complains: “Principals and educators are the ones in charge to decide the action protocol, and lacking the sanitary training, we are not prepared for it.” 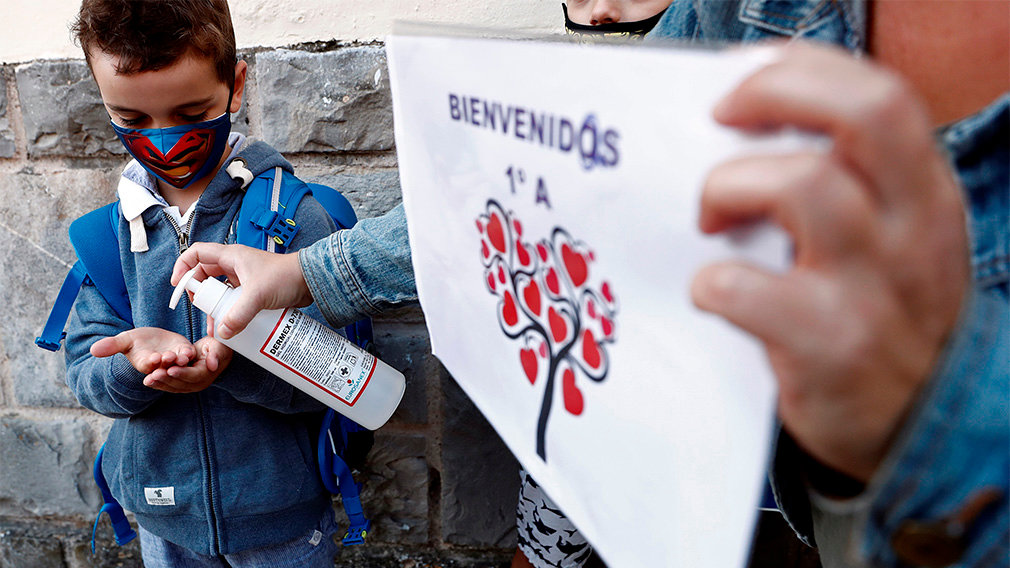 All of the guidelines suggested by the authorities revolve around one common criterion: to reduce contact to the maximum. Some of the common baselines for schools around the country include: a) the obligatory use of masks for teachers and students older than 6 years old, b) the division of students in “cohabitation groups”, c) daily coexistence groups (also known as the “bubbles”) which will delimit students’ contact to their classmates and d) the idea of having “covid delegates”, individuals in charge of making sure the measures are being adhered to.

Teachers have critiqued the guidelines suggested by the government stating that they have come too late and they are neither precise nor practical. Classes cannot be reduced, if the number of personnel remains the same. The “bubbles”  cannot secure the existence of safe spaces as they are broken as soon as children leave the school. Teachers also assert that it is impossible to maintain the distance of 1.5 metres in a space of 40m² and 30 children per classroom and that hygiene standards cannot be maintained in windowless classrooms or narrow corridors. Teachers also contend that they are not prepared on how to act, when children present symptoms or a member of staff tests positive after a health examination. This uncertainty has led some school districts to take extreme decisions, as refusing to open, until the situation improves. Other schools have already been forced to postpone their opening, given that teachers have tested positive after the staff meetings during the first days of the month.

The journalist Mila Fernández states: “The three last months of the last academic year have shown the deficiency in Spanish education, that comes from a long time before Covid. Schools with out-of-date equipment, teachers with deficient formation, and an outdated syllabus. This has just shown the deficiencies of a poor educational system that existed way before Covid, in a country where quality education is not a top-priority.” 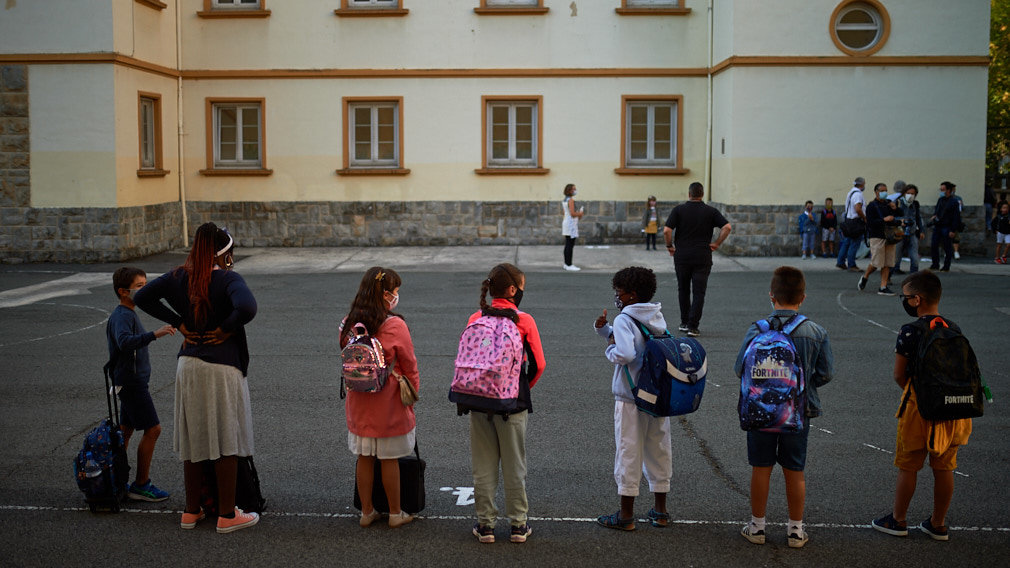 In turn, parents have expressed their concern about their children’s safety, as they don’t feel safe sending their kids to school. In Málaga, a total of 140 parents’ associations have announced their refusal to send their children to school, until the right measures are decided upon and fully implemented. This declaration has forced the government to announce that the children who are repeatedly absent form school without a justification will be charged with absenteeism, that could result in certain legal consequences for the parents.

The debate has reached social media, where groups of parents and teachers demand a safe return to school for children. Words like doubt, uncertainty, and helplessness are the most repeated ones amongst the objectors, who have even called for teacher strikes in some situations. They share their worry and indignation through their hashtags #VueltaSegura (safe return) and #AsíNoVolvemos (Not coming back this way) and several petitions in charge.org have been created to stop, or at least delay, the return to schools.

The countdown for the new academic year is almost over during one of the most trying periods of our time. Now more than ever, no one knows what the future holds and the thread of the present situation is worsening. Safety is the most important factor, but it is evident that the children’s’ educational development is going to be affected. The question is: to what extent? At this point, we can only wait and hope that September will bring some improvement, towards a year, when new beginnings are more essential than ever.

By Nikos Theologou, On January 10th, 2013, the world was introduced to one of the biggest political figures of the US scene, Ben Shapiro. Who,...
Διαβάστε περισσότερα
Culture

An anthem to flowers by Makoto Azuma!

By Panagiota Katsaveli, Spring and summer are two seasons associated with bright colors, warm weather and of course lots of flowers! During spring the Earth...
Διαβάστε περισσότερα
English Edition

By Katya Mavrelli, In a region that has marginalized and isolated it, Iran is called to stand up for itself once more, being represented by...
Διαβάστε περισσότερα

By Nikos Theologou, On January 10th, 2013, the world was introduced to one of the biggest political figures of the US scene, Ben Shapiro. Who,...
Διαβάστε περισσότερα