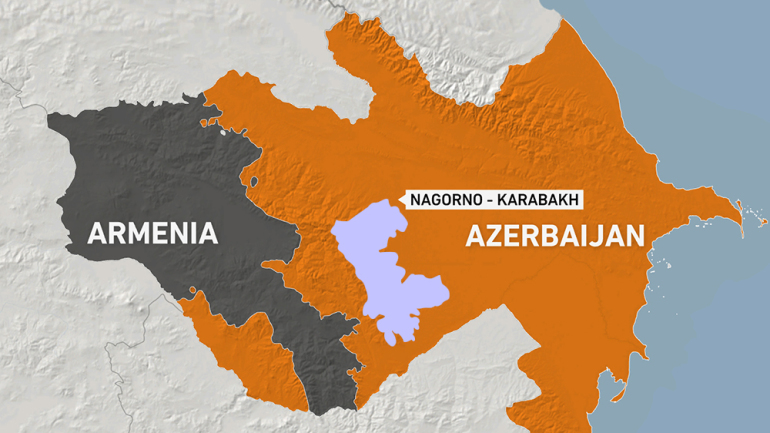 The region of Caucasus along with the Urals is thought to be the natural borders of Europe and Asia. The term Caucasian Countries is used to refer to the countries of the region, namely Azerbaijan, Armenia and Georgia, while Russia’s southern part is considered to be part of the Caucasus as well. Throughout history, it has been home to many civilisations and that has led to unprecedented controversies. In the early 1920s, the countries of the Caucasus were integrated into the Union of Soviet Socialist Republics and until the dissolution of the Union in 1991 there was no noteworthy drama. However, just like the break-up of Yugoslavia, the countries that declared independence (e.g. Armenia, Azerbaijan, Georgia) found themselves caught up in a conflict with no peaceful intermediate solution. It is important to highlight that within the three independent countries in the region, there are three unrecognised self-declared Independent States (“South Ossetia” and “Abkhazia” within Georgia’s internationally recognised borders and “Artsakh” within Azerbaijan’s internationally recognised  borders), while there is also a de jure recognised autonomous republic within Azerbaijan’s borders called “Nakchivan Autonomous Republic”.

On the 27th of September 2020, the Republic of Azerbaijan and the self-declared “Republic of Artsakh” backed by Armenia, entered a state of war. However, this has not been the first time that Azerbaijan has gone to war with Armenia for the region of Nagorno-Karabakh.

In late 1991 and early 1992, military operations escalated the conflict into a full scale war. By May 1992, Armenia had occupied, apart from the internationally recognised borders of the Nagorno-Karabakh Autonomous Republic, also territories belonging to Azerbaijan and by 1993 had created a “corridor” connecting the territory of Armenia with the territory of Nagorno-Karabakh. The status of war continued to exist, until a ceasefire agreement was singed on the 12th of May 1994. Since then, the two sides have only engaged into small scale border conflicts, which have, however, caused a great loss of civilian casualties.

– On the 27th of September 2020, a new provocation escalated the situation into a full scale war. However, as both sides claim that the opposite one is responsible for the escalation, we will not decide who is to blame. The Republic of Artsakh and the Republic of Armenia declared martial law and total military mobilization of all able-bodied men above the age of 18, on the same day. The following day, the President of Azerbaijan issued a decree for partial military mobilization.

– On the 29th of September, serious accusations came from the Press Secretary of the Minister of Defence of Armenia, Shushan Stepanyan, stating that Azerbaijan had launched an attack on the Armenian village of Vardenis, within the borders of Armenia. Furthermore, Shusan Stepanyan announced that a Turkish F-16 airplane, that took off from the “Ganja” Airbase in Azerbaijan, had participated in the bombardment of civilian and military targets of the Armenian Armed Forces and had shot down an SU-25 airplane of the Armenian Airforce. These allegations were the first official statement by Armenia about a possible Turkish involvement in the conflict. At the same time, the Ministry of Defence of Azerbaijan issued a statement noting, that the region of Dashkesanis was hit by artillery fire coming from the village of Vardenis in Armenia.

– By the 1st of October, both sides claimed severe loses for the opposite one and strategic victory for themselves, while, at the same time, accusing the opposite side of causing civilian casualties.

– On the 3rd of October, the President of Azerbaijan, Ilham Aliyev, announced that the Azerbaijani Armed Forces had occupied “Madagiz”, a town of strategic importance on the northeast border of Nagorno-Karabakh, and on the 4th of the same month, he further announced the capture of “Jabrayil” and its surrounding settlements. These statements were regarded as fake by the Armenian side that claimed full control over the teritorries.

– On the 6th of October, the Ministry of Defence of Azerbaijan made strong allegations against Armenia, stating that the Armenian side tried to hit the Baku-Tbilisi-Ceyhan pipeline. The Press Secretary of the MoD of Armenia rejected those claims calling on Azerbaijan to stop spreading lies. As a result, intense battles continued. 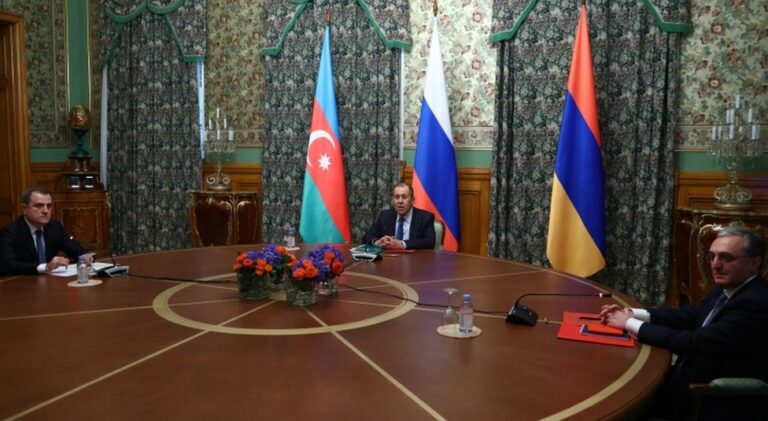 After long lasting negotiations, the two sides agreed on a ceasefire brokered by Russia. The ceasefire took effect on the 10th of October at 12:00 pm (GMT +4) and both sides immediately accused each other of violating the ceasefire agreement. Generally speaking, things seem to be stable at the moment, although military operations are still being executed in the region. Both belligerents seem reluctant to participate in military operations resulting in more civilian casualties.

The whole situation in the Nagorno-Karabakh conflict is a really complex matter that should be approached carefully. While researching for the topic, I came up against continuous contradictions. The reliable media sources were almost non-existent and the official statements of both countries tended to have different perceptions of reality. Additionally, I was shocked to find out that both sides used graphic content depicting military operations against soldiers, showing complete disregard towards human life. The imagery depicted would leave anyone speechless and wondering how an official statesman could agree to their publication. Through the research I conducted, one thing seems to be certain; the Nagorno-Karabakh conflict will be present for years to come.

Marijuana use: The often unexamined reality

Marijuana use: The often unexamined reality