By Deviba Jadeja, On Saturday, September 26th of 2020, President Donald Trump nominated his third Supreme Court Nominee in his… 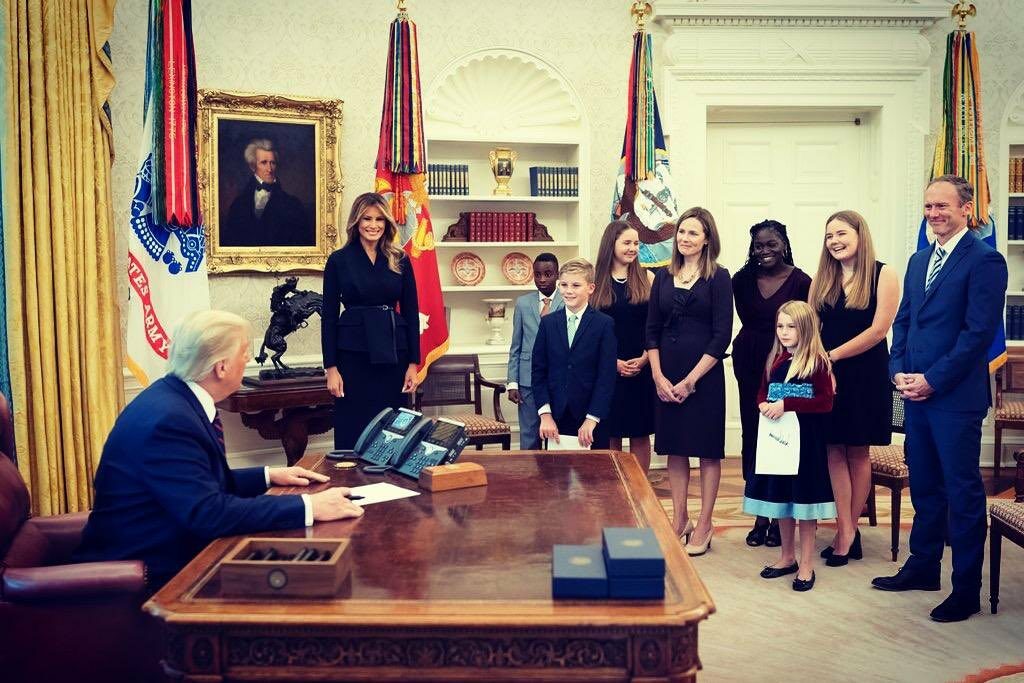 On Saturday, September 26th of 2020, President Donald Trump nominated his third Supreme Court Nominee in his first presidential term, Judge Amy Coney Barrett. At only 48 years old, Judge Barrett, if confirmed, can be expected to sit on the Supreme Court for many years. Her nomination has immediately sparked fears among many Americans that could impact the country for generations to come.

Judge Barrett, who clerked for, and was mentored by former Supreme Court Justice, Antonin Scalia, has a solid conservative leaning record. Since 2017, she served on the federal appeals court located in Chicago. Her views on hot button issues, such as immigration, climate change regulations, Covid-19 regulations, gun control, and women’s reproductive rights, appear to line up with the beliefs of Donald Trump. It seems likely that she will roll-back laws and regulations on these issues. She has also been labeled as an “absolute threat to LGBTQ rights” by Human Rights Campaign, and LGBTQ advocacy organization.

Her views on abortion rights in particular could place the influential decision to allow women to obtain an abortion in the United States without excessive government restrictions in the 1973 Roe v. Wade Supreme Court case into question. She is supported by groups who oppose the decision of Roe v. Wade, and has made comments that Roe v. Wade has been interpreted too broadly.  However, solace might be found in statements she made in 2013, where she said that “a woman has a right to choose an abortion”, and that “the controversy right now is about funding… it’s a question of whether abortions will be publicly or privately funded”.  While the general principle of choice from Roe v. Wade is likely to be upheld, access to abortions and extra hurdles and barriers put up by states may increase, and Barrett can be expected to vote in favor of some of these hurdles.

It appears that Judge Barrett is a more extreme version of former Supreme Court Justice Scalia. While Scalia occasionally voted alongside his more liberal colleagues, such as Supreme Court Justice Ginsburg, it does not seem likely that Judge Barret would follow suit in many areas. For example, while Justice Scalia did not believe that any felons should be allowed to own guns, Judge Barrett believes that as long as the crime committed was non-violent, being a felon should not infringe upon one’s Second Amendment right. She, like Justice Scalia, supports an “interpretation of the Constitution known as originalism”. This methodology promotes interpreting the Constitution as it was understood by its original writers at the time of its ratification, rather than on interpreting the constitution as it fits into the context of today’s world.

One area where Barrett could align slightly more with liberal Justices is in scaling back qualified immunity for civil lawsuits usually brought against government officials or the police. In 2019, Barrett threw out a claim of qualified immunity by a police detective who was “accused of fabricating claims and presenting a skewed picture of a murder suspect in an application for an arrest warrant”. While her record on this is not well-established, this could be a silver-lining to her nomination. It might mean that more corrupt police officers and officials will not be able to utilize qualified immunity claims, and will have to face legal consequences for unjustified actions that harm others. 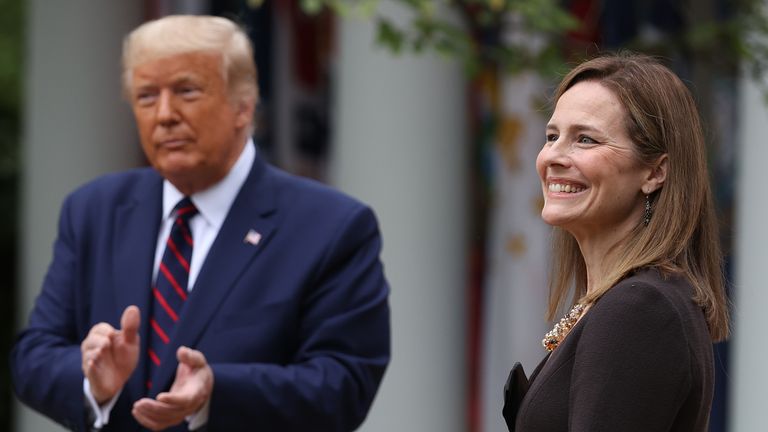 Despite this one ray of hope in collaboration between Judge Barrett and the other liberal Justices, the ascension of Judge Barrett to the United States Supreme Court, the highest in the land, could set back general principles of human rights. With Judge Barret on the Supreme Court, its composition would be 6-3, with Republican leaning judges outnumbering Democratic ones. Health care, women’s rights, and environmental protections, along with some of the other issues mentioned in paragraphs above, may all be seriously at stake through her nomination. Things that are considered basic parts of life in other democracies continue to be questioned and debated by U.S. Conservatives, and it seems that they will go to any lengths necessary to rid themselves of what they see as infringements upon their rights. A recent poll from The New York Times and Siena College found that 56% of likely voters believe the winner of the election should appoint the next Supreme Court Justice. Considering the unconstitutional methods of Republicans when President Obama nominated a judge for the Supreme Court during the last year of his two-term presidency, this behavior is unsurprising. In the case of the Obama Administration, there were even many months before the election for this process to take place, rather than less than fifty days. This is a perverse, utterly hypocritical decision from Republicans. While this departure of norms yet again from the Republican party should surprise no one, it certainly does not bode well for American democracy.

Hearings for Judge Barrett’s nomination will begin with a Senate panel on October 12th. She has already faced tough questions from the U.S. Senate in 2017, and so should be prepped and prepared for all that is thrown at her. It is likely that her position on Roe v. Wade will be questioned, as well as whether her Catholic beliefs are likely to influence her interpretation of U.S. Law. 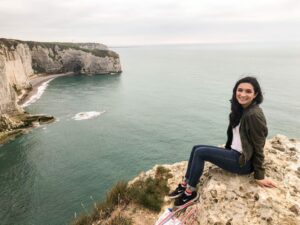