By Anastasia Katsoupa,  At the beginning of quarantine, many people from all around the world found themselves more alone than… 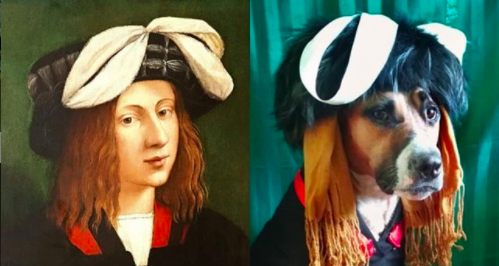 At the beginning of quarantine, many people from all around the world found themselves more alone than ever. This isolation created fertile grounds for a mental health crisis as people grappled with new ways to socialize now that the traditional means of connecting to one another were gone. How do we find love and community when we can no longer see each other in person? Is it really possible to simulate ongoing meaningful connections exclusively through a computer screen?

Despite their name, social media have not lived up to their promise as a genuine hub of connection and community. Increasingly, social media have become a place of performative identity, in which people participate in mass one-upping: “Look at how great my life is”, that we all sing out to one another. But the pandemic offered us an opportunity for something different – to finally accept what social researcher, Danah Boyd, declared in her work “It’s Complicated: The Social Lives of Networked Teens”:

“Along with planes, running water, electricity, and motorized transportation, the internet is now a fundamental fact of modern life”.

But now, it isn’t just younger generations that have accepted this. It is a fact of modern life for all of us. As people were forced to stay in their homes, some online communities stood out as places of escape from the uncertainty and the stress of the pandemic. The Bin Isolation Outing group, the Getty Museum at Home Art Challenge and Club Quarantine were particularly successful at creating communities based on connection through entertainment and joy. On the surface, these groups might have seemed meaningless, but they actually served a greater purpose.

To begin with, let’s look at The Bin Isolation Outing facebook group. This group started in Australia and soon grew to just under 1 million members from around the globe. The basic concept was simple. During the height of quarantine, garbage bins actually went outside more often than people did. Since outings were virtually non-existent, The Bin Isolation Outing asked people to document when taking out their garbage because as their group mandate stated, “laughter is the best medicine”. But they didn’t just take out the garbage; they danced, dressed up, and sang their garbage bins to the side of the curb.

There is a pure joy that comes with watching a video of people dressed in the most outrageous outfits, sashaying as though on a runway, their garbage bin at hand. Maybe the best part of the group was the near constant stream of positivity on the page, something that is decidedly unusual in an internet world where often the best things are ruined by divisive politics.

The Getty Museum At Home Art Challenge took a more cultural and artistic approach to community building. On the 25th of March this year, the Getty Museum posted a challenge to its followers: to recreate famous works of art using only what they could find at home. The response was massive and the creativity hilarious. People rose to the challenge, incorporating their pets, their children and anything they could think of to complete the recreated art. This at-home phenomenon was the most impressive for the wide range of creative ingenuity it required. The recreations varied from the most ridiculous and complicated ones, to the simplest and most brilliant ones. The challenge was successful in bringing people together in a collective creative community, but also in fostering interest in the art world.

The Museum’s favourite 246 re-creations were compiled into a book titled Off the Walls: Inspired Re-Creations of Iconic Artworks. All profits from the book publication will be donated to the Artist Relief, a charity for artists in need of financial assistance as a result of the coronavirus pandemic. Through this initiative, the fleeting nature of a social media campaign, was captured.

However, perhaps the most active and involved community group to gain popularity was Club Quarantine, a Toronto-based turned global-virtual queer dance party hosted on Zoom. As the penultimate quarantine distraction, Club Quarantine brought together the very best of queer and club culture. It offered a space to dress up, listen to music, meet strangers and dance away anxieties. Though not the same as going to a club in person, it was successful in keeping alive the culture of nightclubs during a time where it was near impossible to imagine being in such a crowded space again.

As history moves forward and this time fades from our daily lives, will these cultural phenomena be remembered as an integral part of the pandemic? Will future history books also include images of dressed up families and their garbage bins, cats that look like famous female figures from paintings, and people dancing in their most exciting outfits to at-home DJ sets? Whether or not they do, it is clear that the world of social media relationships and digital communities are more integrated with our reality than ever, though it remains to be seen if this is a good thing. 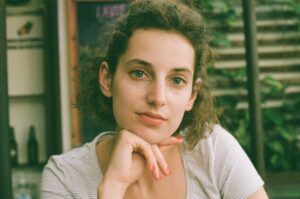 Anastasia graduated from the University of Toronto with an Honours BA in History. Anastasia lives between Athens, Greece and her home in Toronto, Canada. She is in the process of completing her first novel, Pretty Boy.