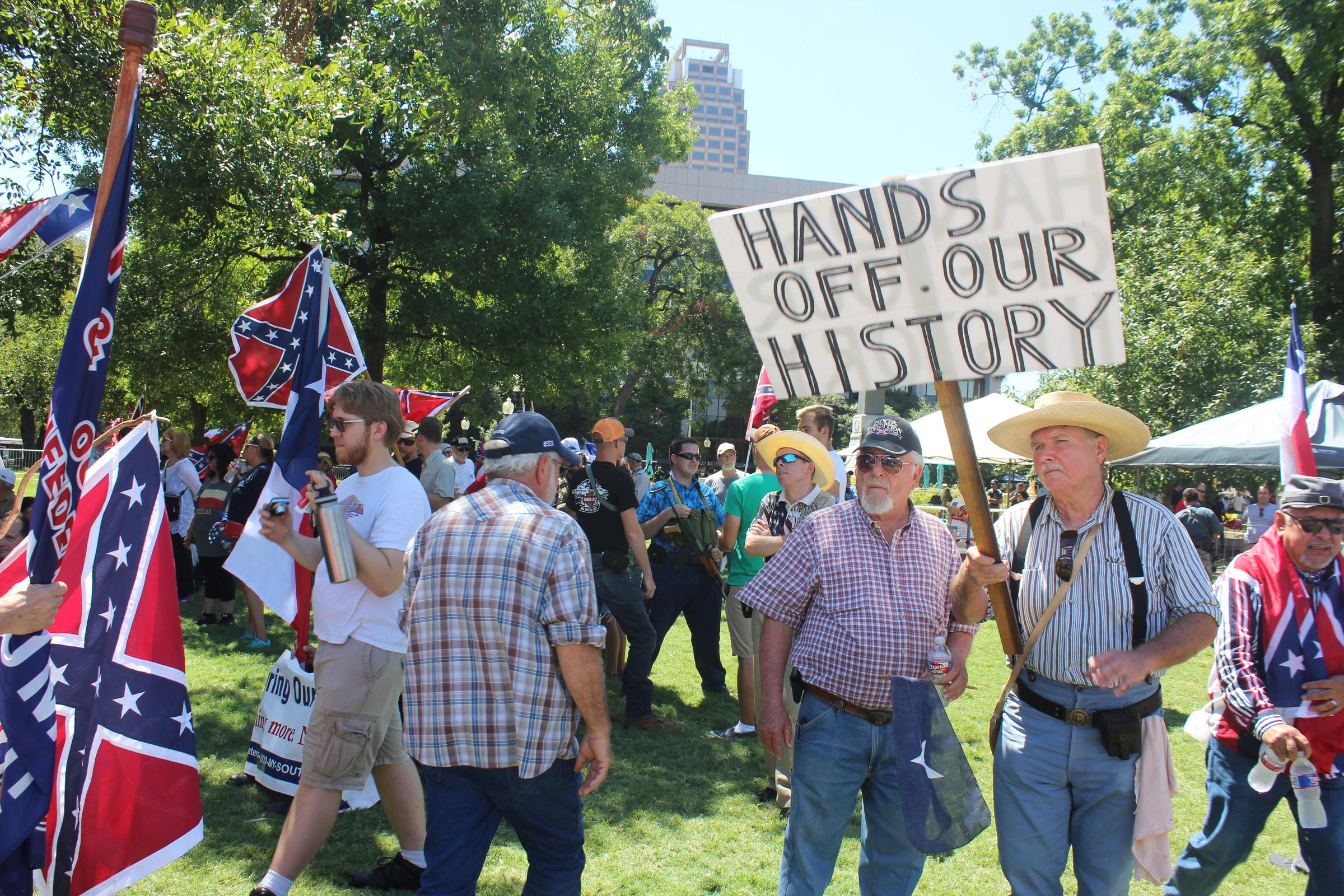 By taking a quick walk around the premises of the Georgia State Capitol, one can easily spot the two big statues near the main entrance. One of them belongs to John Brown Gordon, a Confederate general supporter of slavery and head of the KKK in Georgia while the other one belongs to Joseph Brown, Confederate state governor, ardent secessionist and a vocal fighter against interracial marriage. It seems rather peculiar to have these two statues in the middle of Atlanta, the birthplace of Martin Luther King who is known worldwide for his fights for equality, human rights and justice. Unfortunately, not only in Georgia, but in all 50 states one can find at least a handful of Confederate statues and memorials. But why is that? Where does the urge to perpetuate the darkest part of American history come from? The saddening truth is that American people do not even realise the obscurantism of the Civil War era.

While the Confederate flag, solemnly as a symbol, evokes mainly neutral or negative feelings in the majority of the American people, there is still a huge debate regarding the perceived true cause of the Civil War and, consequently, the true sociopolitical character of the Confederacy. In 2011, one and a half century after the conflict, Pew Research Centre interrogated a large portion of Americans regarding their views on the Confederacy as well as the main cause of the Civil War. Outstandingly, a great majority answered that “States’ rights” was the reason, while “slavery” came only second with a mere 38%. In the same piece of research, one out of four Americans sympathized with the Confederacy rather than the Union while also a staggering one out of two Americans considered Robert E. Lee, the Commander of the Confederate States Army, a hero! 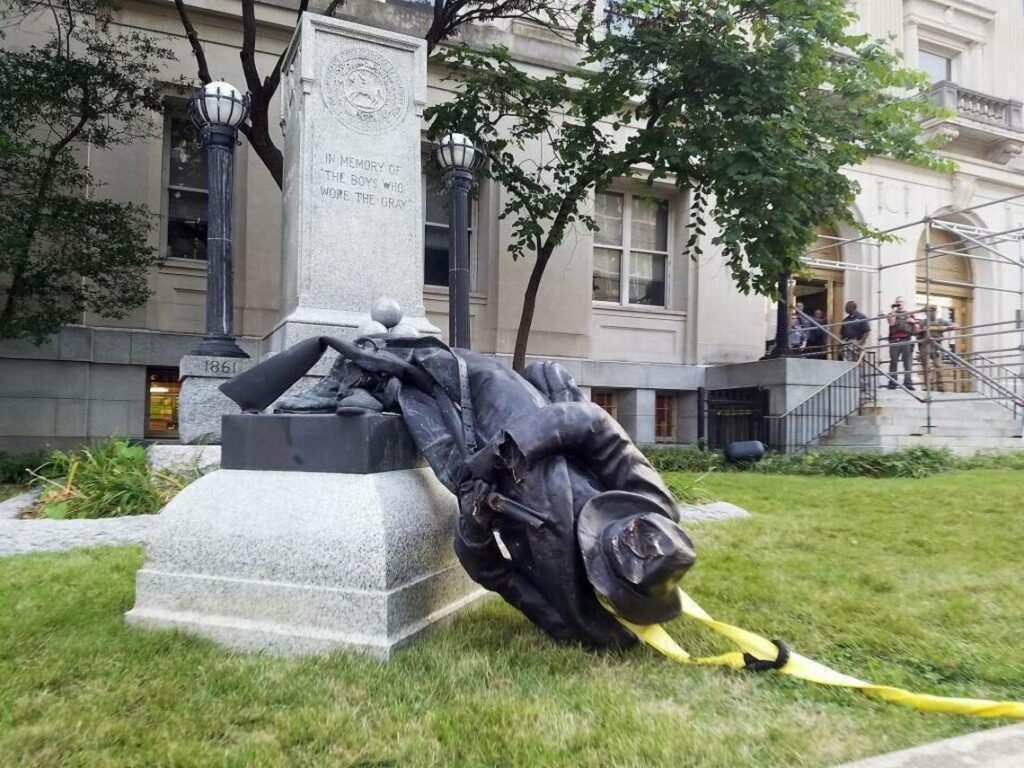 These results are not only shocking, but scary as well. They indirectly imply that half of the American population would oppose the tearing down of statues of a proven racist, mass-murderer and secessionist like Robert E. Lee. The only unfortunate equivalent that comes to mind is the example of half of Italians accepting the presence of an enormous statue of Mussolini in Rome. It seems utterly irrational. But before we start pointing fingers, it is important to consider why all these people have a distorted view of their Civil War. One of the main causes is the way it is taught in schools.

Jeremy A. Stern, a history scholar notes that “In Texas, it’s not just a question of omission, but ideological distortion. Slavery is clearly, deliberately downplayed”. By taking a quick look at the way the Civil War is being taught in U.S. schools – especially in the South – one can easily notice that sectionalism and States’ rights are listed as causes of the war before slavery, the third item in the list; the worst part being that the latest revision of this list took place only 10 years ago.

Thus it seems rather rational that, at least in the South, people view the war and the Confederacy simply as another part of their history along with the World Wars and the invasion of Vietnam. For generations now, kids have been taught in school about a distorted version of the Confederacy with cautious verbal manoeuvres around the atrocities that were committed and the true political profile of it. But what about the North? Even there, people have not adopted a universal approach to the events of the conflict even though they are, in the most part, descendants of people who fought for the Union. Besides the infiltration of views in the South, that is also transcribed into national history books, the political system is to blame as well. It is a common secret that the U.S. is a war-rich country characterised by peculiar strategic tactics (e.g the late entry to WW2, the mistake of Nagasaki and Hiroshima or the unfortunate, failed invasion of Cuba). It would seem that their Civil War, comprises a huge part of the history that proves the bravado and strategic spirit of American people, even though it was manifested in the worst possible way. And that’s something that all Americans take in account when opinionating on the Civil War. For Southerners, these were the years they proved their worth without the help of the Union, while for Northerners, recognising the importance of the Confederacy feels like a solid way to boost the importance over their win against a “worthy opponent”. 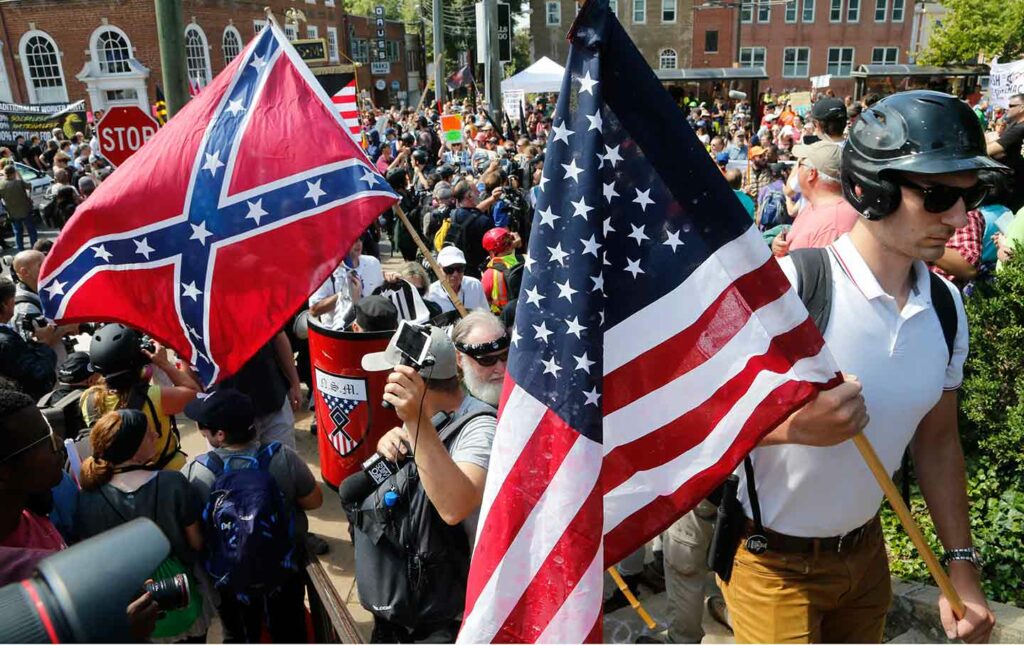 It seems that, in the end, the majority of Americans need the idea of the Confederacy to remain alive for different reasons. It is a rather rare social phenomenon that has steadily evolved from the first bloodshed in Virginia in 1861 until this day. It is only in the last few decades that people are finally speaking up against the Confederacy and their views – that still many people vocalise, mainly racism. A radical solution is needed, starting from small things, like tearing down the Confederate memorials while maintaining an utter purpose of reforming the political, social and educational system in such a way that restores the historical facts, redeems all the ethnic minorities, provides justice (even if it is belated) and frees the American psyche from the Confederate ghosts that still hover over it.

The Battle for the Middle East

By Katya Mavrelli, Recent international developments have proven for another time that the established status quo is steadily crumbling. The story of alliance formation, leader...
Διαβάστε περισσότερα
English Edition

By Panagiota Katsaveli,  From a very young age, beginning as early as existing in their mother’s womb children start familiarizing themselves with and acquiring the...
Διαβάστε περισσότερα
Culture

The problem with geniuses in films and movies

By Niki Angelopoulou, Intellectual, witty, quick on their feet, sometimes awkward or introverted and always very smart. Sounds familiar? These are the archetypal traits of...
Διαβάστε περισσότερα

The Battle for the Middle East

By Katya Mavrelli, Recent international developments have proven for another time that the established status quo is steadily crumbling. The story of alliance formation, leader...
Διαβάστε περισσότερα