Bushido: The way of the warrior

The tale of the greatest swordsman to ever live starts in the Japanese Province Banshū, during the Year of the Monkey. Shinmen Munisai was a famous martial artist, expert in the ways of the sword and the jutte. In fact, Munisai was so good that Lord Shinmen Sokan of the legendary Shinmen clan, who ruled Japan for about two centuries, gave him the title of  “Unrivalled Under The Sun”. His style of kenjutsu was legendary across the country and once the Powerful Lord Sokan heard of his stories, he recruited Munisai as an instructor of his troops. In 1589, for unknown reasons, Sokan ordered Munisai to kill his student Honiden Gekinosuke. After this event, Munisai started training his son Musashi in the ways of the sword and of the jutte, but it did not last long since the inhabitants of Miyamoto village, displeased with Gekinosuke’s death, forced him to move away in the village of Kawakami. The legendary swordsman finally died renowned and alone in 1592. Munisai left behind a son, well drilled in the arts of the combats and with a first-hand experience of what loyalty and obedience can sometimes lead to.

The relationship between the young boy and his legendary father was not always so ideal. Munisai, accepted by the whole country, as one of the greatest warriors to have ever lived, was having trouble teaching his rebellious and loud-mouthed son. It was said that Musashi would often disrespect and openly criticize his legendary father in front of the royal family. Young Musashi was eventually thrown out of his family house at the age of 7, disowned and humiliated. The young boy had to travel alone to the Hirafuku village to stay with his Uncle Dorin. His uncle was once a warrior but was now living as a Buddhist monk, practicing a life of spirituality and meditation. He took Musashi in and raised him in a small Buddhist temple at the edge of the village, hoping the young boy would not follow the path of the warrior but live a sacred and spiritual life.

But for Musashi, martial arts instilled in him -early on- by his father, were his real passion. An impatient and eager learner, Musashi built on the early foundation that was laid onto him by his father’s teachings. He was often found sparring alone in the Japanese forests and following warriors, asking them to allow him to participate in their training. Musashi’s talent was hard to ignore and his first duel did not take too much time to arrive. At the age of 13, Musashi accepted a public challenge post by a samurai named Arima Kihei. A messenger came to Dorin’s temple, where Musashi was staying, to inform him that his duel had been accepted by Kihei. Musashi’s uncle was shocked and tried to beg him off the duel in Musashi’s name, based on his nephew’s age. Kihei was adamant that the only way his honour could be cleared was if Musashi apologized to him when the duel was scheduled. So, when the time for the duel arrived, Dorin began apologizing for Musashi, who merely charged at Kihei with a six-foot quarterstaff, shouting a challenge to Kihei. Kihei attacked with a wakizashi, but Musashi threw Kihei on the floor, and while Kihei tried to get up, Musashi struck his opponent between the eyes and then beat him to death. Arima Kihei was said to have been arrogant, overly eager to battle, and not a significantly talented swordsman.

Following his first real taste of combat, Musashi was eager to follow his path of violence. Right before his father’s death, he joined him in his last war and was finally accepted as a noble and a refined swordsman. But Musashi knew his art was far from perfect and decided to challenge himself and trained even harder to become a legendary swordsman. In order to do that, he needed a master who would polish his skill. Musashi decided to challenge the notorious Yoshioka’s clan top swordsman: Yoshioka Seijūrō. The fight was over before it even started as Musashi charged against the Yoshioka master, killing him instantly. Seijuro’s brother challenged Mushashi to a second duel, called him dishonourable and claimed he did not fight as a samurai should. The second Yoshioka champion was killed faster than the first one but Musashi was not accepted into the academy and had to kill off the whole clan in order to survive. After having destroyed the fiercest clan of warriors in the last century on his own, Musashi continued his journey duelling with masters and renowned warriors from the entire island of Japan. 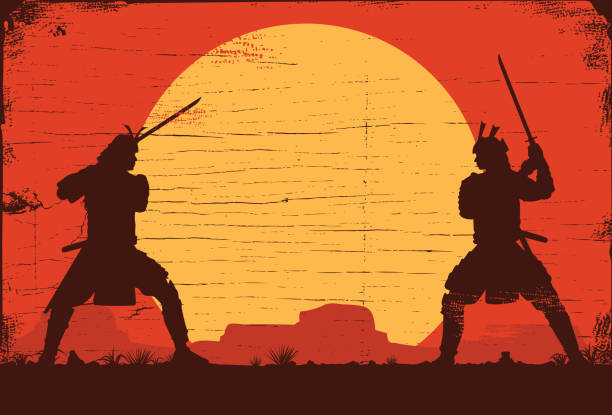 Musashi, a ronin (rogue samurai) is said to have fought over 60 duels, staying undefeated. His tale includes his accomplishments in battles between Japanese feudal lords and noble families of the country. Later in his life, following the death of his adopted son by seppuku -an honourable method of suicide practiced by samurais-, the undefeated swordsman retired and opened a dojo, teaching students his understanding of martial arts. Masters of combat from all over the world visited Musashi in order to learn his way of fighting. Musashi, known as the greatest martial artist alive, decided to write a book about his life and teachings. At age 62, Musashi finished his book “The Book of Five Rings”, having taken a very philosophical approach into looking at the craft of war. Throughout the book, Musashi implies that there are five ways in which men pass through life: as gentlemen, warriors, farmers, artisans and merchants. Musashi claims that the meaning of a “true strategist” is that of somebody who has made mastery of many art forms, apart from that of the sword, such as tea drinking (sadō), laboring, writing, and painting, as he himself practiced throughout his life.

A philosopher, Buddhist, artist, strategist and ronin, Musashi died from what is believed to be lung cancer. He participated in great battles and stayed undefeated, killing over 60 opponents, many of who were the strongest warriors in Japan. His version of sword-fighting remains as an essential teaching in the martial art of kenjutsu, as it is still being instructed today. Miyamoto Musashi is widely considered as the greatest swordsman to have ever lived.

By Panagiota Katsaveli, Books, movies, TV shows, boybands… These are merely some common examples from a long list of entities that people get obsessed with....
Διαβάστε περισσότερα
Culture

By Niki Angelopoulou, In today’s day and age there are so many different ways to seek entertainment. We have movies and tv shows, clubs and...
Διαβάστε περισσότερα
English Edition

Towards a more Essential world

By Mado Gianni, Whilst reading "Essentialism: The Disciplined Pursuit of Less" by Greg McKeown, a must-read book which I believe should be taught in schools,...
Διαβάστε περισσότερα