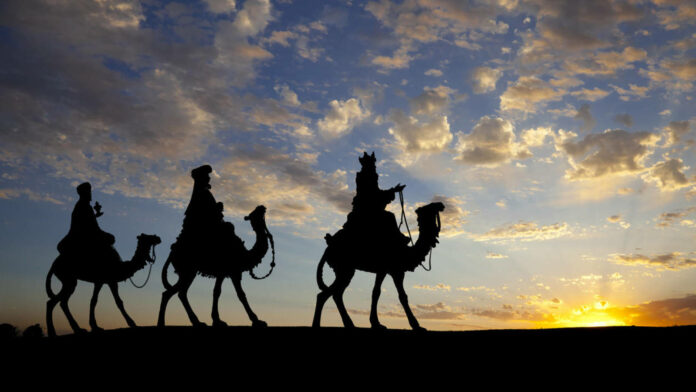 On the night of the 5th of January, the three Reyes Magos, translated as “Three Wizards” “Three Kings” or “Three Wise Men”, go around every house in Spain and leave presents which the children have previously asked for in a letter. If the children have been nice and well-behaved during the year, the Kings make their wishes true by leaving under the tree the toys the kids have previously asked for. On the other hand, if they have been naughty, the Kings leave them a piece of sweet coal, a type of candy made of water and sugar that resembles coal. Tradition states that families should leave a glass of wine, liquor or milk, and some food, like sweets or cookies out for the Wizards, so they can regain strength and continue their duties. Families should not forget either to leave some water and bread for the kings’ camels too, who might even have some dried grass or hay in the houses of those more traditionalists.

Not only gift-giving makes up the day of the Three Kings. On the evening of the 5th of January, parades throughout the whole country show the Kings and their pages mounted in carriages packed with presents, arriving to all Spanish towns. In these parades, the Three Kings and their entourage throw candy to the children (and not-so-children) who look at them with big, shiny eyes and thrilling expectations, urging for the night to come. 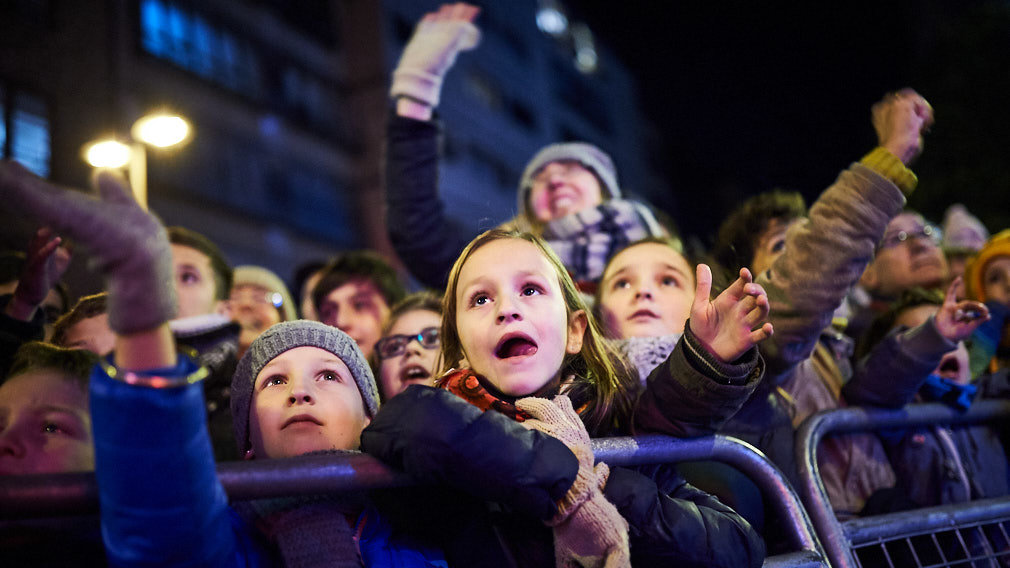 The tradition of the “Reyes Magos” follows the passage on the Bible were three wise men: Gaspar, Melchor and Baltasar follow a magic star to Bethlem to bring presents to new-born Christ. However, this passage is not that detailed in the original Gospel. In the Bible, there is only one allusion made to some “wizards” that are guided by a star from Orient to Bethlem to adore the new-born king of the Jews, without specifying number of wizards, neither their names nor any other detail about them.

Despite some references that might be found in the Bible, the origin of the tradition dates back to the Middle Ages. It was in the Italian city of Ravena, in the Basilica of Sant’Apollinare Nuovo, where the names of Melchor, Gaspar and Baltasar appeared for the first time, written in a widely known mosaic of the VI century. In Spain, the development of the legend can be followed thanks to one of the most exceptional pieces of Spanish literature: the Auto de los Reyes Magos, the oldest theatrical text conserved in Spanish language. This work is based on the journey of Melchor, Gaspar and Baltasar following the Star that guides them to Bethlem. This work constitutes a very significant piece for study, considering that it dates back to the XIII century. Due to this work, scholars have been able to discern what parts of the tradition were already followed at the time and how they have changed and developed until our days.

It is not a complete celebration of the day of Reyes if families do not reunite to eat the famous dessert known as “Roscón de Reyes”. The Roscón is a large bagel-shaped cake, usually cut half-way and filled with whipped cream or other sweet fillings such as truffle flavoured filling or “Cabello de ángel” (angel’s hair), a transparent threaded jam made from pumpkin pulp and white sugar. The Roscón is often made in the shape of a crown and it usually has dried fruit on the dough resembling the jewels of the crown. Tradition has it that inside the cake two different little figures are hidden, one in the shape of a King and one in the shape of a bean (haba in Spanish). The person who finds the King in their portion of cake is proclaimed King or Queen, and has the right to wear the paper or cardboard crown that normally comes with every cake. On the other hand, the person that finds the bean is obliged to pay the price of the cake. 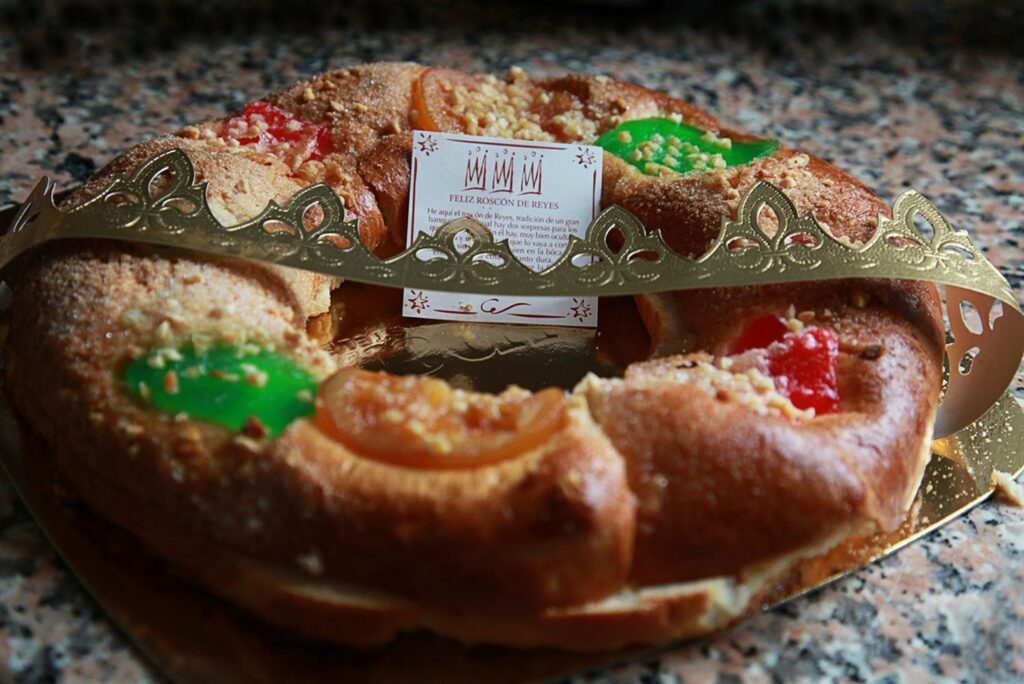 The day (and the previous night) of the Three Kings in Spain signifies a celebration of family, tradition and innocence. It is a day filled with love, in which children are able to enjoy the sake of being children and parents are able to regain that innocence that tends to be lost through the passing of time. El día de Reyes Magos is a day of coming together and celebrating, being grateful that for another year families are able to surprise and give gifts to their loved ones. In an atmosphere filled with hope and excitement, children’s contagious thrill makes one think that magic exists, even if it is just for the ephemeral moment when a child smiles back to a king that is waving at them. The days of the 5th and 6th of January in Spain mark unforgettable days for children and bring back thrilling memories to adults. It is a day of smiles, excitement and love, much love. For many Spaniards this night means, and with much reason, the best night of the year.

By Panagiota Katsaveli,  From a very young age, beginning as early as existing in their mother’s womb children start familiarizing themselves with and acquiring the...
Διαβάστε περισσότερα
Culture

The problem with geniuses in films and movies

By Niki Angelopoulou, Intellectual, witty, quick on their feet, sometimes awkward or introverted and always very smart. Sounds familiar? These are the archetypal traits of...
Διαβάστε περισσότερα
Culture

Speaking literature: from Shakespeare to Cervantes as inventors of language

By Ana López Usó,  The most common (and correct) thought for the origin of words in the languages we speak is that they either originated...
Διαβάστε περισσότερα