Investigating the K-Pop industry: Part I

If someone searches around the world for a country that invests so much in their music industry, they will not have to look any further than South Korea. No one can deny the fact that South Korea represents the epitome of a cultural renaissance, not only in Asia but also around the world. Fashion trends, food, and music have expanded beyond the borders of the Korean Peninsula towards the wider world.

People call it the Hallyu which means the Korean wave. Korean dramas on Netflix, Korean skincare regimes, Korean tacos and many more things are currently dominating our global culture and promote anything relatable to the country’s cultural growth. In the heart of it all though, it is the ever-growing popularity of K-pop -short for Korean pop music.

It took K-pop 10 years to reach the global scene and become one of the most well-known music genres in recent history. Korean artists have hit the Billboard Hot 100 chart at least 8 times since the “Wonder Girls” first cracked it in 2009 with their crossover hit “Nobody” which was released in four different languages -including English. Since then, K-pop has become Korea’s best export grossing over 5 billion dollars for the country. But how has K-pop evolved through time?

It all began in 1987 with South Korea’s democratic reformation when the television and the radio were liberated from their state-oriented existence. Prior to the establishment of the nation’s Sixth Republic, there were only two national broadcast networks which largely controlled what South Koreans listened to. TV networks and weekend talent shows did exist but the people who participated in them (aka many musicians) were not much more than tools of the networks.

Before the democratization of public media, the Korean music industry mainly produced slow ballads and a mixture of traditional music with old pop standards know as trot. Independent music production did not really exist and rock music was even subjected to banning multiple times. After 1987, the country’s radio broadcasting rapidly expanded and South Koreans became more familiar with a variety of music genres from outside of the country such as American pop music. 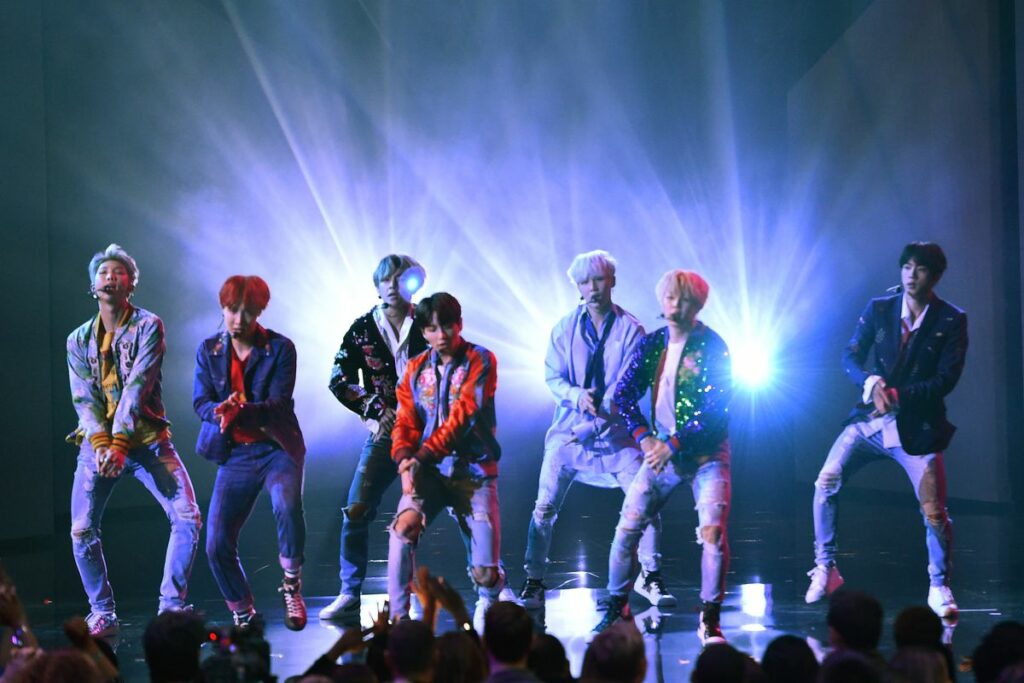 In 1992, more that 99% of Korean households had access to national TV networks with talent shows broadcast mainly on the weekend. K-pop’s history starts with a group known as Seo Taiji and Boys. Seo Taiji himself was a former member of a rock band which briefly had a huge impact in the music industry in the late ‘80s. After the band broke up, he turned to hip-hop and recruited two stellar Korean dancers,Yang Hyun-suk and Lee Juno, to join him as backups. Collectively, they were known as Seo Taiji and Boys.

On April 1992, they performed their single “Nan Arayo (I know)” on a talent show. Did they win? No. On the contrary, they received the lowest score that night. However, the song “I Know” immediately after it debuted went on to top South Korean’s charts for a record-setting of 17 weeks. A record which would stand for more than 15 years as the longest No. 1 streak in the country’s music history.

As a song it represented for the first time ever a modern American-style pop music genre infused with South Korean cultural elements. By being innovative and challenging the conservative and traditional Korean society, Seo Taiji and Boys sang about teen angst and the social pressure to succeed within a grueling education system by creating their own music and lyrics.

In 1996, though the group may have disbanded but they left behind a huge imprint of music evolution. In between 1995 and 1998, three powerhouse music studios appeared: SM Entertainment, JYP Entertainment and YG Entertainment in 1995, 1997 and 1998 respectively. Together they started to cultivate what today would be known as idol groups. The very first group that debuted was H.O.T; Represented by five singers and dancers they shared the traits of a modern idol group: a combination of singing, dancing, rapping and different personalities united through music. In 1999, they performed with Michael Jackson, indicating even then that K-pop has the potential for a global success. Alas, the question of how you become a K-pop idol arises. What does it take to be an idol and debut in South Korea’s music industry?

There are three things that make K-pop such a blissful and unique contributor in pop music: exceptionally high-quality dance performances, a visible polished aesthetic and unique in-house methods of studio production. In order to become an idol, many studios hold auditions. These days due to the Covid-19 pandemic, many entertainments even hold auditions via online platforms in a search of trainees with a multicultural background. In these auditions they test people’s vocal and especially dance skills, level of Korean language proficiency and the person’s appearance and personality.

Many of the trainees have started training from the early ages of 6 or 7 years old in order to be in shape and honor their vocal and dance skills. A level of Korean proficiency is required in order to be able to sing but this does not mean that they have to speak it fluently. Usually, trainees undertake excessive Korean classes after they have signed their contract thus a certain level of Korean is needed. Especially for a foreigner that may be difficult step as in auditions recruiters have observed that those interested pay more attention to the correct pronunciation of the words rather than the performance itself, which in the end may cost them their place.

Because K-pop idols need to show good manners and behave properly, recruiters will even scan the person’s social media account in order to make sure that he or she is not involved in scandalous situations. Many studios also tend to prefer young people around 16 or 17 years old. Sometimes a Korean citizen that aims to be an “idol” may be even recruited from the age of 11! At this age, studios have the chance to shape the star from the beginning and thus reach their goal easier. Recently, studios tend to recruit also non-Koreans as a way to expand into new markets across the world and increase their revenue. To be continued – Stay tuned.

“Bright Star” (2009): John Keats through the eyes of Jane Campion

The importance of art in the educative process

The Latin kingdom of Thessalonica

Theofanis Fousekis
Born on 2000, he lives in Athens, Greece. He studies international relations and European politics at Panteion University. He speaks English and French fluently. He has also participated in multiple Model United Nations (MUN) conferences around Greece. In the future, he wants to further his studies in international and war history.