It is a well-known fact that our society has progressed over the years in many areas and humanity has surpassed important obstacles. However, people’s beliefs and ideals remain the same regarding a variety of issues most noticeably those of gender roles and relations. You would not think that wearing pink would make you less of a man, right? WRONG! In this light, the term “fragile masculinity” or “toxic masculinity” was born and it gained ground as a description of the behavior of males in response to society’s pressure. The importance of this issue has not been raised upon as much as it should, so it’s about time we start paying attention.

The term “fragile masculinity” presumably appeared for the first time, like most concepts nowadays, on social media and specifically in the Twitter community. The #MasculinitySoFragile hashtag was originally used in 2015 by Anthony Williams, a sociology major at UC Berkley, in an attempt to discuss issues regarding violence and harassment towards women. The hashtag concentrated attention around it and was perceived as an open war against the male gender. However, the term’s intention is not to attack men and blame their sex for the existing rape culture, but rather to pinpoint the toxicity centered around society’s standards of behavior of its male members and to eventually alter our expectations. Throughout the centuries and mainly after the second world war, the phenomenon of hyper-masculinity has significantly worsened. As a result, men live in an environment of constant anxiety to meet society’s constructs about the ideal male behavior and are afraid of looking too feminine, leading to the demonstration of a toxic attitude towards everyone else.

This oversensitivity of one’s gender has some distinct characteristics as well as non-negligible consequences on the male population. Men who suffer from fragile masculinity display discomfort and are reluctant to show affection or express their feelings towards other men thinking that society will consider of them as being gay; in fact, the term gay is offensive to them and it is considered an insult against their manhood. As a result, even having any sort of affiliation with the LGBTQ+ community is a connection they try to avoid by publicly declaring, at any chance, their attraction to the opposite gender. Moreover, fragile masculinity causes hate for the color pink and does not allow any participation in activities thought to be more feminine; hence fathers more often than not do not allow their sons to wear pink clothing or play female dominated sports. Men go out of their way to display their masculine side in public and receive the approval they need to feel masculine enough for their standards. All these have resulted in and worsened phenomena, including rape culture and female harassment, in an effort to show the superiority of the male gender. 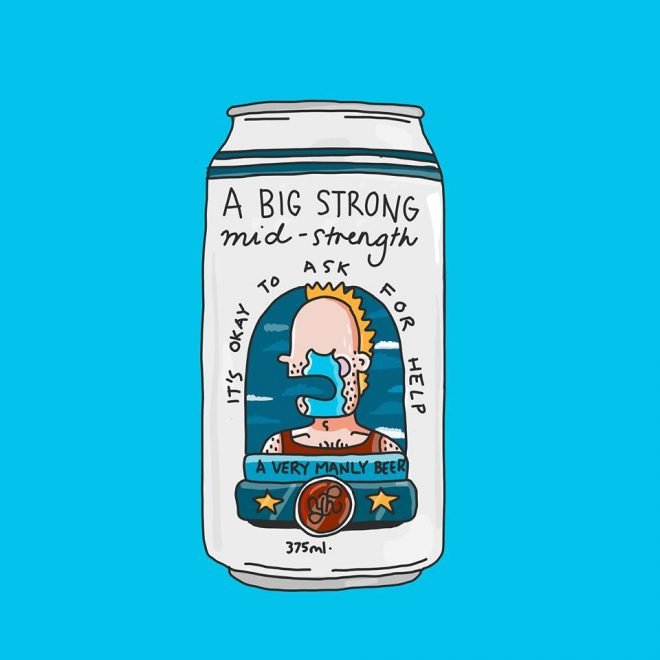 The internet, similarly to other toxic phenomena, has been a harsh critic to any declarations of fragile masculinity. Incidents involving everyday people who even reject the use of female heroines toys, like Dora the explorer, for their newly born children are met with severe criticism highlighting the wrong impact the male figure will have on the child growing up by making it part of this unhealthy culture. Social media users, also, satirize the marketing of products directed at men when in reality, they are designed to be used by both genders; for example, toothpaste.

Like in any fight, celebrities’ involvement is crucial to its outcome because of their worldwide influence. Many male figures of the music and acting industry have been actively setting an example to abolish gender stereotypes and help males around the world get rid of the chains holding them back. Harry Styles, Timothée Chalamet among others are not afraid to make bold styling choices that challenge the ideas about male fashion while wearing high-end, fashionable pieces and making the way for others to follow suit. The same applies for the K-pop industry whose icons are fearlessly fighting against gender stereotypes. Terry Crews, a well-known actor, is the perfect example of healthy masculinity who combines a hard-looking appearance with a sensitive personality. These are merely some famous male personalities fighting fragile masculinity and inviting everyone to do the same; we shouldn’t deny their call for help!

The Australian artist, Samuel Leighton-Dore, drawing inspiration from phrenology, a pseudoscience popular in the 19th century, presented his first solo exhibition in 2019 called “Fragile Masculinity: Handle with Care” which features drawings, ceramic works and LED installations of men with tears streaming down their faces. As the artist confessed, growing up we are regularly exposed to women crying on TV, while at the same time men are pressured to remain strong and hide their emotions. Thus, the importance of fragile masculinity and mental health becomes obvious; men should be allowed to express their sadness, grief with tears because suppressing it can lead to instances of violence, anger or substance abuse. Modern society must change its expectations of men’s expression and this largely involves alteration of men’s media representation. Male vulnerability should be showed, valued and respected rather than shunned.

A surprising aspect of fragile masculinity is its immense political significance. Political candidates aware of the insecurity men in our society experience, regularly try to exploit them and manipulate them in order to make them believe that their political stance will confirm their masculinity or that their interests will be equally or more represented by the authorities. Donald Trump and the Republican Party, as studies have proved, have been taking advantage of fragile masculinity and have been reinforcing this male superiority in their statements to win the male voters’ preference; voting for them is the manly decision to make since they represent the way men should be.

All in all, fragile masculinity or toxic masculinity is a phenomenon threatening the psychological stability of men in addition to the damages that have been made to the progress that women have pathed in fighting for equality. This kind of mentality will inevitably lead our society to the past when men had all the power in their hands, in an attempt to restore the image of the powerful, unquestioned male superiority and seize the fear from their minds.