How a football player forced a government to care about children 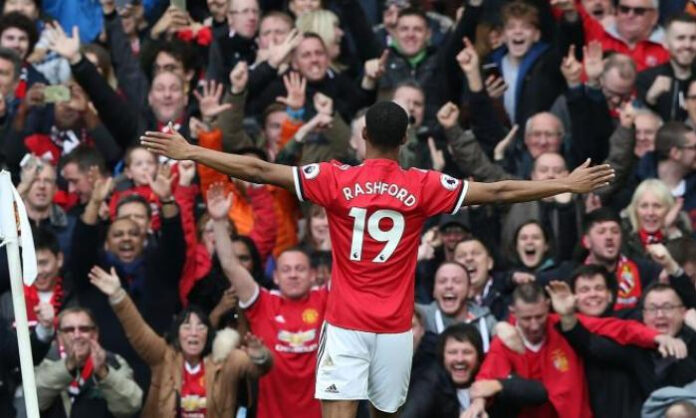 The legendary Sir Alex Ferguson is no longer the manager for the Manchester United football team. During his 26 years with the club he won 38 trophies, both domestic and European, establishing the Red Devils as the biggest club in Premier League history, creating a worldwide football brand and inspiring numerous football players who passed by the famous United Academy. The days of glory and the almost inherent championship spirit that Manchester United demonstrated during Ferguson’s reign are no longer a given. Three years and two managers later, United has yet to win its first post-Ferguson Premier League title and is even struggling to qualify for the most glamorous European club tournament, the Champions League.

The experienced Dutch Manager, Louis Van Gaal, and his new Man United team are going through a crisis. Having been deemed as one of the most boring periods in world football and with the team out of the Championship Race since early December, the manager’s seat is under fire. The only shot at redemption is through the less glorified and often neglected UEFA Europa League that can -possibly- save the season. Adding the 1st Europa League Title to the decorated United trophy cabinet would be considered a fairly big achievement by those faithful to the Old Trafford and could possibly keep Van Gaal on the job for one more year.

After travelling to Denmark and losing its first game to FC Midtjylland, Man United needs to outscore its opponents by at least 2 goals in order to qualify for the next round. United has to win despite its poor form and the many injuries of key senior players. Thirty minutes before kick-off, £50 million worth teenager Anthony Martial (11 goals, 7 assists) suffers an ankle injury that deems him unfit and unable to make the Man Utd squad. With Wayne Rooney, English International player, also out of the game due to a knee problem, Van Gaal has to once more trust the United Academy.

18 year old, Marcus Rashford, starts off the game wearing number 39 and 75 minutes in the game, he paves the way for the United victory. The game ends 5-1 for United and the man of the match is an 18 year old academy graduate from Wythenshawe who was seen, afterwards, celebrating his debut goals with his local Manchester school friends. English teenager, Marcus Rashford, proved to be a huge emerging talent, the youngest player to score on his Premier League debut against local rivals, Manchester City, while earning an International call up with England for the 2016 Euro tournament.

A new coronavirus has emerged in Wuhan, China. This Covid-19 virus is rapidly evolving into a pandemic and world governments are faced with the promises of huge decisions. Being tasked to find the right balance between millions of people who could contract, transmit or possibly die from the decease and to mitigate the economic aftermath of massive lockdowns and closed businesses, the world is facing an incomparable challenge. The British goverment has set restrictions and has issued a stay-at-home policy in order to minimize the number of coronavirus cases. One of the first measures that Boris Johnson took has taken is to close down schools for all pupils except for children of key workers and those considered to be vulnerable populations, from 20th March onwards. The announcement of this particular policy has raised a lot of questions regarding kids that come from poorer families, who are in need of the free meals that are given out at school. About 15% of state-educated pupils in the UK had applied for free school meals in 2019 –nearly 1.3 million children.

Meanwhile, government and football Association officials are also trying to figure out how the 2019-2020 Premier League would go on as the infection danger means that football matches could not be followed through with or without fans. Training in large groups is deemed dangerous and professional footballers have to work out by themselves. Football is officially put on hold and it is going to remain that way until further notice.

During that period, it was Marcus Rashford who raised questions concerning poor kids who had been devoid of their school meals. After teaming up with poverty and food-waste charity FareShare, Rashford raised over £20 million pounds for poor kids. The response was huge and it even exceeded Rashford’s estimation, who had initially planned to provide food to poor children who resided in the area of Greater Manchester only. Instead, with his actions and public stance, FareShare managed to provide food to around 3.5 million children in the UK.

When the British government announced that free school meals would not continue during summer holidays, it was Rashford again who was there to support those in need. Through an open letter to all the MPs of the British Parliament, Rashford called for putting an end to child hunger. “This is not about politics; this is about humanity. Food poverty in England is a pandemic that could span generations if we don’t correct it now.” Rashford said.

“On a week that would have opened Euro 2020, I wanted to reflect back to May 27th, 2016, when I stood in the middle of the Stadium of Light in Sunderland having just broken the record for the youngest player to score in his first senior international match”, he said. “Understand: without the kindness and generosity of the community I had around me, there wouldn’t be the Marcus Rashford you see today: a 22-year-old black man lucky enough to make a career playing a game I love. My story to get here is all-too-familiar for families in England: my mum worked full-time, earning minimum wage to make sure we always had a good evening meal on the table. But it was not enough. As a family, we relied on breakfast clubs, free school meals, and the kind actions of neighbours and coaches.”

A day later, the British government announced a change in policy that essentially meant the extension of school meals through the summer holidays. For his actions in the effort of ending child hunger, Marcus Rashford received an honorary doctorate from the University of Manchester on the 15th of  July, the youngest person -once again- to have received this award. During the 2020 Queens’ Birthday Honours, he was appointed as a Member of the Order of the British Empire. 22 years old, Marcus Rashford is now Dr. Rashford MBE, having helped with providing food to over 3 million children.