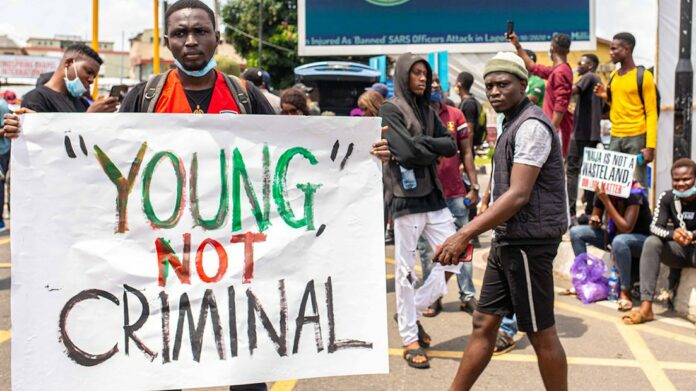 For the past two weeks, a massive movement has been going on on social media, the so-called #endsars movement. Supported by internationally recognized personalities, it has not only gained popularity but also become an important movement towards condemning and raising public awareness concerning police brutality in Nigeria.

The slogan stands for the dischargement of the Special Anti-Robbery Squad (SARS) that was put in place with a view to shielding civilians from armed robbers. For a long period of time, it played a major role in facing armed robberies, kidnapping, assaults and murders. However, over time, SARS has committed serious abuses and numerous brutalities. Both in 2018 and 2019, the government settled for an overhaul of the squad aiming at putting an end to police brutality but there was no visible outcome. According to an Amnesty report, 82 cases of police brutality between 2017 and 2020 took place in Nigeria. The revealing report mentioned also the various methods of torture being used by SARS such as “hanging, mock execution, beating, punching and kicking, burning with cigarettes, waterboarding, near-asphyxiation with plastic bags, forcing detainees to assume stressful bodily positions and sexual violence”. Most of the cases have not been investigated at all or insufficient investigation has been conducted without the attribution of justice. The respective online movement broke out as occasioned by a video which circulated two weeks ago, showing a man being killed in Delta State by a unit of SARS.

The 24-hour curfew along with the anti-riot police that were put in place by the Prime Minister, Babajide Sanwo-Olu, intensified the protests in the capital city of Lagos, albeit the protestors’ peaceful manner, in contrary to the violence used by SARS ending up with injuries and deaths. The efforts were globally acknowledged after being supported by famous rapper, Kanye West, and Star Wars actor, John Boyega, as well as being enhanced by the Nigerian diaspora who held numerous protests around the globe. Amnesty International reported that 12 people were killed only on Tuesday in Lekki and Alausa, both located in Lagos State. The public outcry over the killings was followed by a statement by the Inspector General of Police, Mohammed Abubakar Adamu, regarding the SARS’ disbandment on the 11th of October, the first step, as he pointed out, to a radical and profound modification of the police. According to a Reuters report, a Special Weapons and Tactics team (SWAT) has been formed to replace SARS after its dissolution. 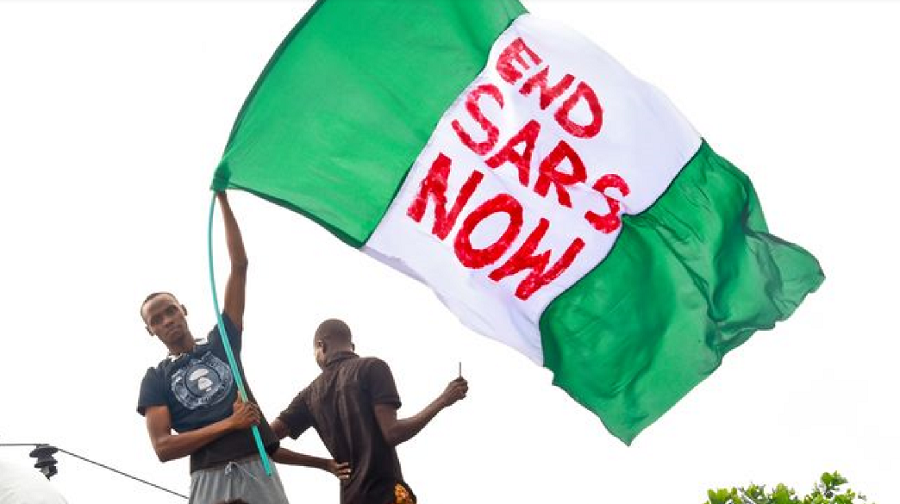 Nevertheless, civilians are suspicious and are demanding more to be done to ensure their safety. First of all, they demand all the arrested protestors to be set free and justice to be attributed to the victims of police brutality as well as compensations to be given to their families. Moreover, protestors have asked for a special team to be consigned with the task of thoroughly investigating and immediately prosecuting police misconduct. Another request is that the members of the disbanded SARS undergo psychological tests before taking over new duties. Last but not least, they seek to increase the salaries of the police so that these correspond to the responsibility of protecting other people’s lives.

All in all, Nigeria is not the first country to be challenged by police brutality. What matters the most is the willingness and mental perseverance of young people to fight -peacefully- for a safe and nonviolent environment  and to demand the dismissal of all the old-fashioned barbaric methods that have been perpetuated throughout the years. The #endsars movement aims at enhancing the understanding of people around the globe regarding phenomena that may do not affect us directly but which constitute a threat to the dignity of humanity and the value of human life.

“First of all, they came to take the gypsies

and I was happy because they pilfered.

Then they came to take the Jews and I said nothing,

because they were unpleasant to me.

Then they came to take homosexuals,

and I was relieved, because they were annoying me.

Then they came to take the Communists,

and I said nothing because I was not a Communist.

One day they came to take me,

and there was nobody left to protest»”.