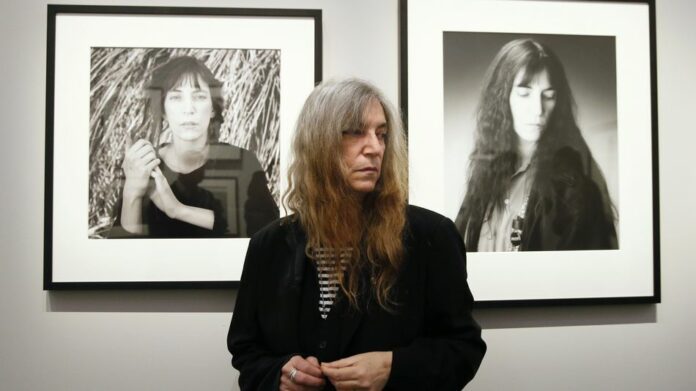 “She’s amazing”, Lorina assured me, pulling up one of her posts. I was surprised to see poetry in the caption, but of course, this was also the Patti Smith of Devotion. I went through the account, looking at the countless posts of small poetic observations each beginning with the phrase “this is.”

In one post, dated September 16, alongside images of a book and tea, a pigeon, and some of her writing, Patti wrote:

The pigeons partake of

the last of my crackers,

Lucy and Ruby stop to

in the air. I write a few

What intrigued me most about this form of poetry was the simplicity of it. Poetry has always intimidated me. I viewed it as a hostile form, used by people that approached the world in abstractions, something that I did not see in myself. But these poems were different. They were approachable and honest. Most important, they were straightforward in a way that made me connect to them.

At the time of discovering Patti’s Instagram, I was in the process of moving countries, a scary thing to do on a good day. During a pandemic? I was terrified. I wanted something to ground me and to give me focus. For fear of going completely crazy, in the airplane, from panic over Covid, I decided to record everything on my journey in the style of Instagram poetry a-la Patti Smith. 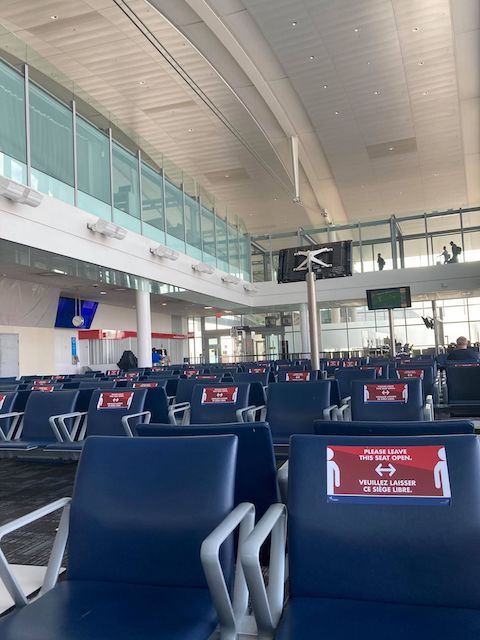 ‘Where are you travelling?’

asks the lady standing too close

‘Athens’ I tell her,

she takes my ticket, pulls her head back

‘Athina? Are you sure we fly there?’

She shakes her head

She was not joking. Only two days before flying, an article was posted that claimed Canadians would be removed from the EU’s safe-to-fly list. That sent me spinning down the Internet rabbit hole in search of whether my flight would be impacted. The date of my flight, I still was not sure what would happen. My anxiety increased, and with it, my desire for Patti’s poetry style did as well.

I am too many hours early

Got through fast, happy about that

Sweating in my mask

I’ll have a face rash, probably.

So, I survived the checks but what about the plane? Would I have space? How many people would be on board? Would someone be seated next to me? Could I avoid them coughing on me? Should I risk eating even though I would need to remove my mask to do so? The list of things to worry about increased. 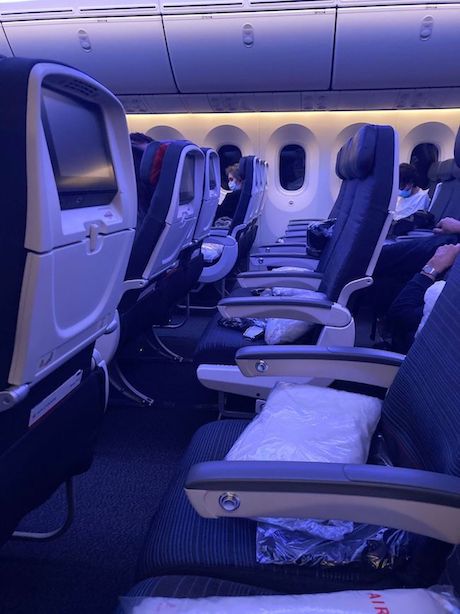 Crave and HBO available on demand

There are no specialty meals and no substitutions

But there are hygiene packets

Thankfully, I had a whole row to myself, with enough space to lie down and pretend I was at home in bed. There was no one seated near me and I settled in for the long flight. 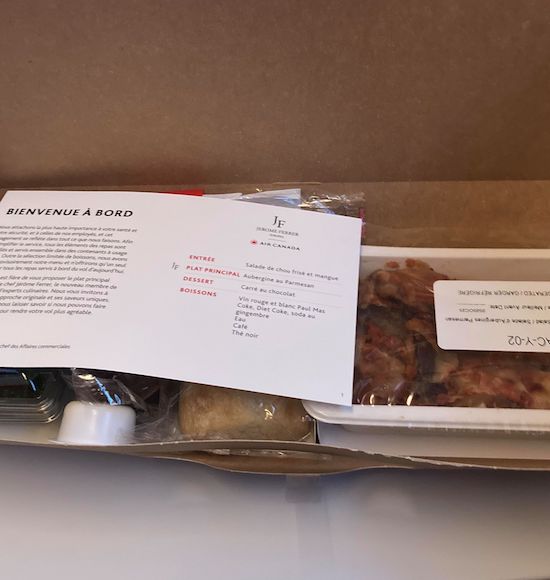 ‘wait to eat until we tell you

everyone has food in front of them’

‘don’t take your mask off

if it slips in your sleep

we will wake you up’

I wouldn’t want to remove it anyways

And then, half a day later, I arrived. Poetry had proved a worthy companion to my anxieties. It had also been fun to record the world around me in small fragments. Maybe this was something I could continue doing, even when things did not seem so scary.

cigarette smoke in the air

By Marilia Platsa,  Jacinda Ardern assumed the office of New Zealand’s Prime Minister in 2017 at the age of 37, becoming the youngest person in...
Διαβάστε περισσότερα
English Edition

By Anna Nguyen, Racism is a phenomenon that is quite common, regardless of where it occurs or by whom it comes from. Usually, racism peaks...
Διαβάστε περισσότερα

By Marilia Platsa,  Jacinda Ardern assumed the office of New Zealand’s Prime Minister in 2017 at the age of 37, becoming the youngest person in...
Διαβάστε περισσότερα
Φόρτωση περισσοτέρων