By Ana López Usó, Madrid is the first European capital to experience a second lockdown. The second wave of the…

Madrid is the first European capital to experience a second lockdown. The second wave of the Covid-19 pandemic is a reality in Spain, and after some political negotiations that have not been exempt of controversy, nine cities belonging to the region of Madrid, capital included, are undergoing a “perimetral lockdown” since the 2nd of October. The lockdown comes after weeks of political infights between the regional and the central governments, who opted for different plans to stop the rising of Covid-19 cases in the worst-affected city in the country.

The perimetral lockdown arranged by the national government on the region of Madrid calls for restricted mobility for all the municipalities that have showed a scope of more than 500 cases of Covid-19 per 100.000 inhabitants, which comes up to 9 cities affected, capital included. All affected citizens cannot go out of the limits of their cities unless they have a justified cause: work, studies, care for the elderly or cases of force majeure. However, the prohibition allows for free movement in all these cities but solely inside their limits. Social gatherings are limited to six people and restriction hours are being imposed on restaurants and bars, hotels, places of worship and shops. 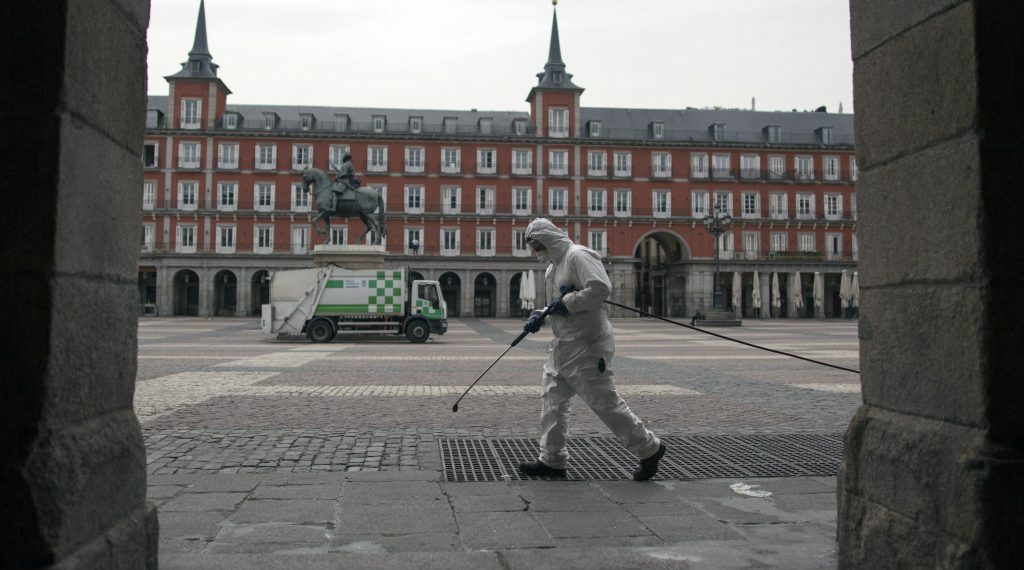 These measures were applied after weeks of negotiations between the central government, handled by a coalition of left-wing parties with Pedro Sánchez at its forefront, and the regional government, led by president Isabel Diaz Ayuso, belonging to the opposition. The conflict began after the regional government had established some measures choosing not to put the city and surrounding areas into lockdown, but issuing restrictions in 45 basic healthcare areas instead. On September 21st, Ayuso and Sánchez held a meeting to decide the action plan to be taken in the capital. Ayuso defined the meeting as a “hopeful” attempt in which the regional government presented a concrete plan that the national government had agreed to support. These measures focused on locating and monitoring infected people and putting them in quarantine. “We had a very clear plan” Ayuso states, “every part of the plan was agreed by the government, the only thing needed was their help.” However, a few days later, the central government declared a lockdown for the entire city of Madrid and nine neighbouring cities, stating that the measures presented by the regional government were not sufficient and that all unnecessary movement across the city needed to end.

In response, president Díaz Ayuso declared that, while the order would be complied with, it would be challenged in court, as the government does not have the legal ability to restrict the freedom of movement of its citizens without establishing the state of alarm. “What has been done from Moncloa is a detraction of competencies, establishing less efficient and less suitable measures, as now people from Madrid can move around the whole city without control. Furthermore, it will bring losses of more than 8.000 million euros to Madrid’s economy. It is incomprehensible,” claimed regional health chief, Enrique Ruiz. He also criticised that Madrid has been the only region forced to undergo such policies, while not being the only one presenting worrying numbers. The region of Navarra in northern Spain has surpassed Madrid in the percentage of new Covid-19 cases per day, and Catalonia has exceeded the numbers during summer months. However, the minister of health, Salvador Illa, has stated that “Madrid is special because the health of Madrid is the health of Spain,” defining the situation as “complex” and “extremely worrying.”

Civilians are again the first to be affected, however, opinions vary. Some, like María, feel fearful and confused, “I have already lost one job, and now I’ve had to take up two jobs as a waitress. I am sleepless, and I don’t know what I’ll do if I become unemployed again.” Others, on the contrary, have a different perspective: “They should close the entire city”, stated grocery shop worker, Alejandro. The main criticism lies on the inability of the politicians to come to an agreement, and the climate of uncertainty the citizens are facing.

The scope of the second Covid-19 wave in Spain is still uncertain. The upcoming weeks in the capital will be a crash-test for the applied measures and act as an indicative for what is to come in the rest of the country. The political altercation is in the hands of the justice now. However, what the current situation in Madrid has brought to light is the extent to which public welfare can be subject to political interests. 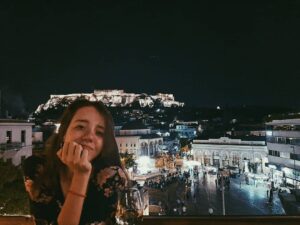 Ana was born and lives in Burriana, Spain. She studies a BA in English Studies at Universidad Jaime I in Castellón, with the idea of specialising in English literature. Passionate about literature in all its genres, her interests go from travelling and knowing other cultures, to art, and to sports, particularly volleyball, which she played for 7 years. She is especially keen on learning languages, that she adds to her mother tongues, Spanish and Catalan. She is currently learning German and Greek. A bookworm since she was a kid, she aspires to work in the literary field in the future.