A Feminist Dystopia in “The Handmaid’s Tale”

As the years go by, more novels are progressively being turned into successful TV shows and films both for entertainment purposes and to raise awareness. The Handmaid’s Tale, one of the most well-known works by Canadian author Margaret Atwood could not be an exception. The author, who also helps in the production of the TV show, has been praised, among others, for her strong feminist spirit which she unveils in her work. In The Handmaid’s Tale she introduces to us, through the eyes of a young woman, the totalitarian Republic of Gilead, what has formerly been known as the USA. In the show, it becomes clear that, no matter how developed a society pretends to be, when it comes to women’s rights, it is very easy to go back to square one and allow for horrible situations to occur without paying the necessary attention.

In the narrative, the clever inclusion of flashbacks, which let us travel back in time, highlights the consequences that the American Civil War had had on the future of women following the establishment of the Gilead regime. Gilead gained power. Women who priorly enjoyed freedom and were able to make decisions for their lives, suddenly lost every one of their rights and were the ones that got blamed for the situation the country was left in. They were allocated into three categories: Marthas, Handmaids and Wives all of whom were considered property of the male authority of the house. The Handmaids were fertile women with the sole purpose of being unwillingly used for reproduction and would not even have the right to keep their babies. Since only some women were able to bare children, they were used as property of the state and were distributed to different owners continuously. Marthas were the ones performing all the house chores and had slightly more freedom than the Handmaids. Lastly, the Wives were married to the commanders; they raised the kids born by the Handmaids, but they did not have any significant power. Moreover, women were not allowed to read or write to the extent that the penalty for doing so was cutting one of their wrists. In the case of disobedience of the status quo, they were sent to the colonies to experience a horrible, slow death. In the colonies, they were always under watch and sometimes, they would even turn each other in. They were deprived of their right to love and lesbianism, especially, was punished by hanging. 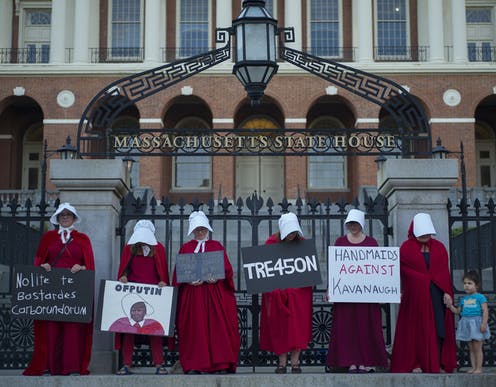 The protagonist of the show is the character of June, who also goes by the nam Offred – name which indicates the commander she belongs to. She is a symbol of hope and of all women’s fight for freedom. Despite the fact that she is a simple Handmaid living in a small town in Gilead, she does not give up and helps women in her area rebel against the male authority of their region. She is the first one to step up and refuse to comply with the orders she is given which in turn motivates the other Handmaids to follow suit. “They should never have given us uniforms, if they didn’t want us to be an army” is one of June’s famous lines which proves that in times of need people unite and develop groups to fight those oppressing them. In this case, the Handmaids who are already a group, all wearing the same red clothing, unite to fight for their rights and refuse to simply listen to their commanders. They want us to raise our daughters to be feminists because they spend all their time waiting to be rescued by a man when they have the power to save themselves.

All the graphic violence in the narrative was key in raising awareness about women still fighting for their rights, even though they have come a long way from their past. The mother of June was overlooked and judged because she was an active feminist fighting for her rights. This can be read as a hint that in our day and age, feminists are being belittled and are deemed unimportant since women, in general, have gained many of their rights in the workplace and society; therefore, they have stopped advocating for their rights and they have just accepted the way life is. However, the real inequality between genders cannot be counterpoised by such little and superficial progress. The phenomenon of gender stratification and the unequal distribution of wealth, power and privilege across genders remain a problem. In the USA, the unadjusted average female’s annual salary has commonly been cited as being 78% of the average male salary (80 cents for every dollar a man gets). This is formally called the gender pay gap. An insignificant number of women participate in politics and are elected since they are, many times, thought to be incapable of handling these responsibilities. These are some of the few examples that need to be immediately addressed. 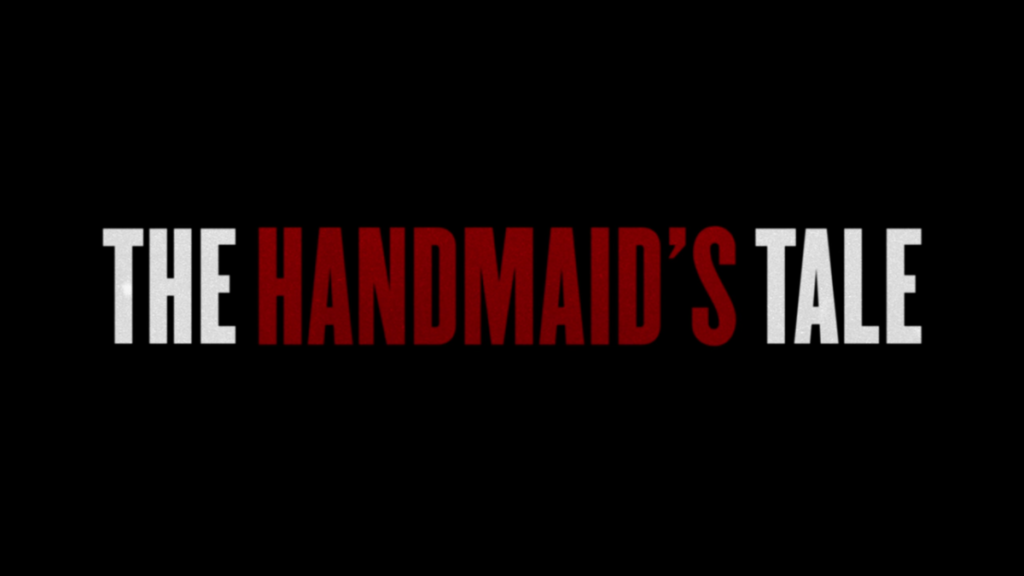 Even though some may think that The Handmaid’s Tale refers to a completely imaginary world, it isn’t; for the Muslim and Eastern countries of our world, it is the disheartening reality. Women are considered property of a male family member, they are not allowed to be seen in public alone and their lives’ goal should be to raise their kids and take care of their family. Decisions that affect them are being made by the male responsible for them and they do not have permission to talk to any male outside their family. If some of them attempt to fight against the system and earn more rights, persecution and torture is the penalty for their behaviour. There is an infinite number of missing women who have been presumed dead fro no better reasons than trying to escape or claiming their lawful rights. So, it is apparent that the plot of the show is not far from the reality a big percentage of women are experiencing who are still thought to be inferior to men and who hold zero rights of their own.

Don’t you think that The Handmaid’s Tale applies to today’s reality even though it was written years ago? Shouldn’t we all fight for women’s rights which are also humans’ rights? The fight for the equality of the sexes is not over yet; huge progress has been made but we should not rest until every woman on earth enjoys the same freedom as all other women and more importantly the same freedom as men do. The fight for women’s rights cannot stop yet! The Handmaid’s Tale should be watched by men, by women, by EVERYONE. And remember, another Gilead is not a viable option anymore.