Who will Replace the Irreplaceable Ruth Bader Ginsburg?

2020 has already been extremely devastating for the American people. Whether it is the ongoing pandemic, extreme weather conditions, the rise of unemployment, or the continuous protests against police brutality and systemic racism, the past nine months have challenged everyone’s spirit and strength; the death of Ruth Bader Ginsburg (RBG) is no different in this respect.

The late Justice, who served οn the Supreme Court (SCOTUS) for 27 years, passed away on Friday, September 18, after a long battle against pancreatic cancer; she was 87 years old. As a young activist, and later a lawyer and a federal judge, she repeatedly fought for womens’ rights and progressive causes, thus becoming a symbol of female empowerment and democracy. More recently, while her work was being acknowledged, respected, and celebrated by an ever-growing percentage of the population, she acquired the term “notorious”. It comes as no surprise, therefore, that politicians from both sides of the aisle, as well as numerous artists and common people, have been paying tribute to her and her legacy.

Less than 40 days before the general election, RBG’s passing is added on top of a lengthy list of political and social crises that have divided the nation. The “political fight” under discussion, however, is deemed as far more critical and influential, given the function of the SCOTUS in society. Ιt primarily serves to protect and preserve citizens’ rights, overriding the Constitution in case of conflict with a piece of legislation or an executive action. Even more so, the Court decisions have a meaningful effect that spans over generations on a series of fundamental issues; the most notable ones include the declaration of the unconstitutional nature of school segregation in 1954, the legalisation of abortion in 1973 and the legalisation of same-sex marriage in 2016. 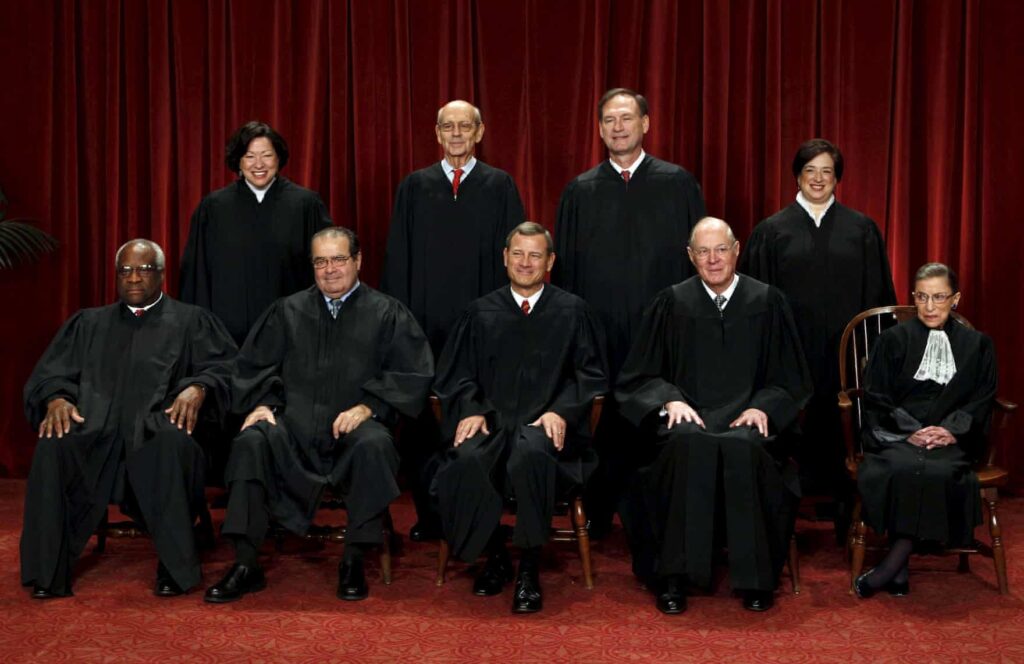 The President has already professed his commitment to replacing RBG. In a rally in Fayetteville, North Carolina, he said “I will be putting forth a nominee next week. It will be a woman. A very talented, very brilliant woman who I haven’t chosen yet, but we have a number of women on the list”. He continued by explaining that “it should be a woman, because I actually like women much more than men”.

The official nominee may derive from a list of potential candidates Trump released on September 9. Two female lawyers are rumoured to be the frontrunners: a) Barbara Lagoa, the first Hispanic woman and the first Cuban American woman on the Supreme Court of Florida, and b) Amy Coney Barrett, a conservative lawyer from New Orleans, Louisiana, and a former clerk to the late Justice Antonin Scalia. Both candidates are young, thus almost certain to serve for many decades, and either one would be the youngest Justice to currently serve if confirmed.

Against this background, the Republican-controlled Senate is faced with a dilemma; either approve Trump’s nominee (for the third time in his first term), or postpone the process until after November 3rd. Senate majority leader Mitch McConnell has vowed to push forward with the selection procedure before the election. His argument is based on the expansion of Republican seats in the US Senate after the 2018 midterm elections, a fact which he interprets as a sign of approval and legitimization of the White House agenda. Nevertheless, this statement is in direct discord with his stance in 2016, following the death of Justice Antonin Scalia. Eight months before the end of his second term, former President Barack Obama suggested Judge Merrick B. Garland as a successor, but was outright blocked by McConnell owing to the upcoming election.

On the other hand, Senate Minority Leader Chuck Schumer has publicly asserted that the vacancy will not be filled “until we have a new president”. Moreover, some Democrats are threatening to make use of the idea of “court packing,” meaning the addition of one or two extra judges who will be appointed by the newly elected Democratic President. This concept emerged in 2016 after the Garland incident, yet is it feasible?

The US Constitution does not explicitly foresee a specific number of seats for the SCOTUS. This ambiguity has allowed for subsequent and frequent changes to the body’s composition and election rules. In 2017, for example, the number of votes necessary for the confirmation in the Senate were reduced from 60 to 51. Tomorrow, the Democrats will need a simple majority in both the Senate and the House of Representatives, as well as a Democratic President, in order to implement the proposal. 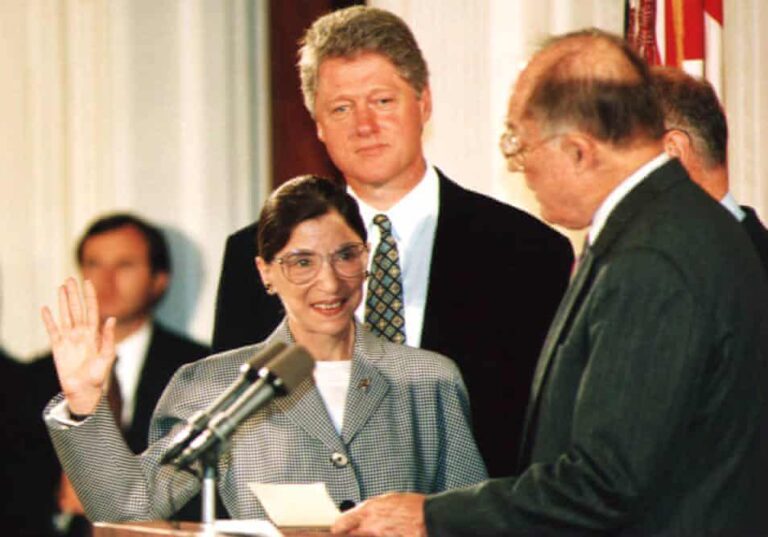 Reality is probably in favour of the Democrats for two reasons. The time frame is very limited, given that the nomination process lasts around 70 days and the election is sooner than that. Even though the total duration is not predetermined and could move faster, the previous nomination of Brett Kavanaugh, took longer.

At the same time, a majority of 51 votes is not guaranteed in the Senate. 25 out of the 38 Republicans are in a “vulnerable” state; some are not seeking reelection and those who are, have found themselves in a tough race, such as Lindsey Graham for South Carolina, the current chairman of the Senate Judiciary Committee. Likewise, senators Susan Collins for Maine and Lisa Murkowski for Alaska have promised to oppose the nomination in case the voting takes place before the election.

Democratic presidential candidate Joe Biden has denounced Trump’s plans as “an abuse of power”. He has also refrained from releasing his own list of potential successors, although he has already pledged to nominate an African-American woman. Obama has appealed to the Senate and advised its members to delay the process, explaining that “a basic principle of the law — and of everyday fairness — is that we apply rules with consistency”. In fact, this was RBG’s last wish, according to her family.

The appointment of SCOTUS Justices is an impactful power all U.S. Presidents aspire to exercise, because it is directly linked to their own legacy. Trump, whether he wants to admit so or not, is confronted with a close re-election race, and therefore hopes that a third successful nominee will be personally beneficial. Whichever decision is finally made is sure to have long-lasting consequences.