Madrassas or Islamic schools have been involved in cases of child abuse, sexual or otherwise, many times in the past with the most recent case, which happened in June in Lahore, a city in East Pakistan that shocked the public.

The victim was a young male student, who told the media that a high-profile religious leader had been abusing him sexually for a year. The assailant is a member of Jamiat Ulema Islam, a religious organization with a really strict interpretation of Islam, making it even harder for the public to comprehend the crime.

Shortly after this incident came to light, one more case made the news, which also involved a video of a Shiite cleric sexually abusing a child. In this case, the student admitted to being sexually abused for over three years. 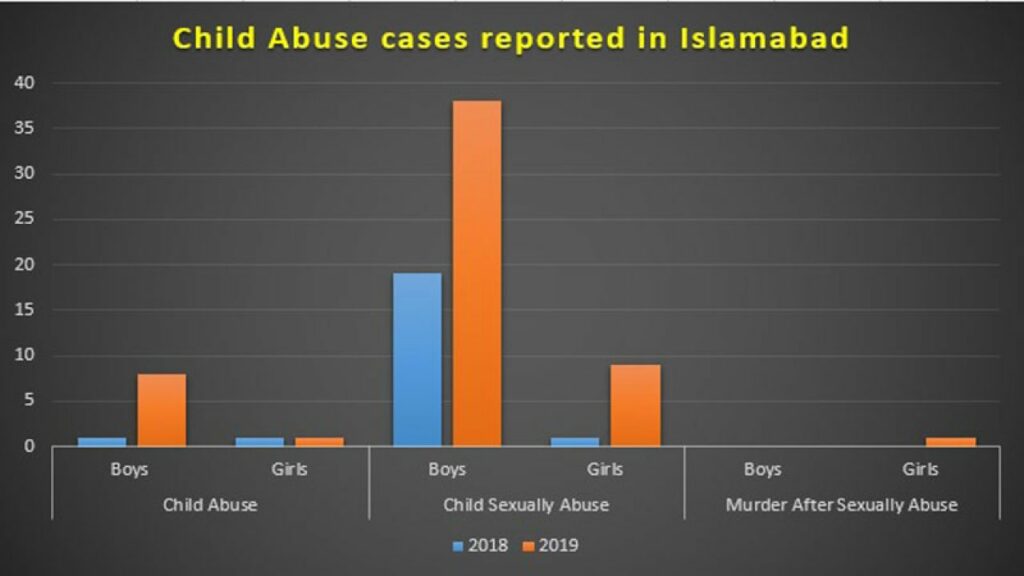 The graph depicts the child abuse cases that took place in the past years (2018-2019) in Pakistan’s capital, Islamabad. (Image Source: Daily Times)

In May of 2017 a boy, just nine years old, was raped by a cleric. In 2018, a cleric in Lahore was also accused of raping a minor. In 2019, a 13-year-old girl with disabilities also suffered sexual assault by a cleric. Unfortunately, these cases have been nothing but frequent in Pakistan, and they usually go unpunished since they involved members of the clergy who are usually high up in the hierarchy.

Given the link between clerics and child abuse, the public has turned on the madrassas. In Pakistan, more than 2 million children study in madrassas, both registered and unregistered. The majority of these children come from poor parts of the country, mainly from the north-western, western, and eastern provinces.

Most of the clerics belong in factions that view religion and tradition in a really strict way and subsequently they suppress their sexual instincts. The fact that the majority of the kids come from a not-so-fortunate background, makes it even easier to be prayed on since their status is considerably lower than the one of their assailants. 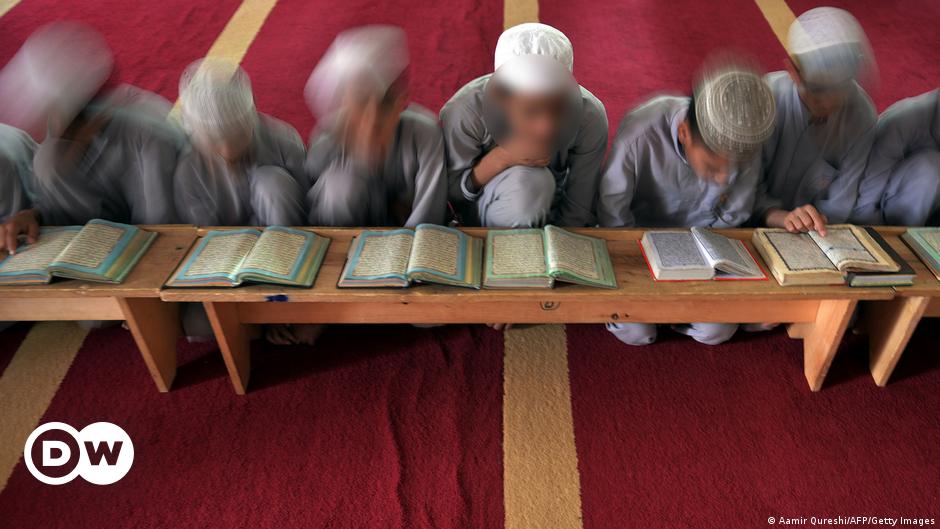 According to an investigation carried out by the Associated Press, in 2020, there were 2,960 incidents of child abuse in Pakistan. Even though the cases of child abuse keep on rising, the poor families have no choice but to send their children to madrassas, since they offer roofs and food for the students. And even if the parents learned that their child was involved in an incident, they rarely reported it.

Political and religious circles in Pakistan are intertwined. When an incident gets reported to the police, the family is usually under tremendous pressure to stop their legal pursuit. In most cases, they are even offered money in order to keep the incident quiet. Sadly, given that most of the victims come from poor families, accepting this money is the usual practice.

Little has been made so as to limit child abuse in schools. In 2020, a first step was made to ban corporal punishment in schools and education institutions. The prime minister also pledged to hold private institutions, like madrassas, accountable for any illegal actions. The problem is with the implementation. There are so many private and religious interests behind the madrassas, so unless there is proper oversight by the state, the situation will remain the same. Unfortunately, until politics gets some separation from religion, things do not seem to get better for the madrassa students.

The kaleidoscope of fast fashion

The kaleidoscope of fast fashion

Nefeli Kanellou
She was born in Athens. She holds a bachelor degree in International and European Studies from University of Piraeus and is currently doing her master on Energy at the same university. She speaks 4 languages and is really interested in matters of international security, energy and sustainability issues as well as social injustice and politcal issues.