The tragic and interesting life of Zelda Fitzgerald

As we all know, F. Scott Fitzgerald is one of the most known American Writers, with his work “The Great Gatsby” being a classic work of modern American literature and being read by people all over the world. However, not many people have bothered to know the woman he had on his side who was the inspiration behind his most iconic characters and with whom he shared a very troubled relationship. So, this is the perfect opportunity to dive into the world of Zelda Fitzgerald, the couple’s relationship and the accusations of copyright against the beloved author.

Zelda Fitzgerald or Zelda Sayre (as name was before her marriage to F. Scott) was born on July 24, 1900, in Alabama USA and she was an American writer and artist. Zelda has been characterized as the personification and ultimate flapper girl of the 1920s; the flapper girl was a type of woman of the period with free, modern ideals and blatant disregard for societal norms which constitute the passage to a new progressive era. She was truly one of the most prominent figures of the Jazz Age. She was the youngest daughter of Alabama Supreme Court Justice Anthony Dickinson Sayre and Minnie Buckner Machen Sayre. Her more carefree ways and her lack of propriety- namely drinking, flirting or smoking- often led to severe criticism against her by her conservative hometown. It is conjectured that she bathed wearing nude-colored swimsuits to fuel rumors that she was naked in public. An article about a dance performance of hers commented that Zelda was only interested in “boys and swimming”.

Zelda Fitzgerald was not merely the wife of a famous writer; she was also a person very invested and interested in the arts herself. From a young age, she took up ballet as a hobby developing an immense love for dance, but she did not stop there. She sought other creative outlets discovering new talents such as writing stories for magazines, swimming and painting. During her lifetime she published only one novel, ‘Save Me the Waltz’ (1932), which did not receive the expected acceptance by the public, or the best critics by experts, hence she turned to playwriting. Her play ‘Scandalabra’, a ‘fanstasy-farce’ as it was described, was presented by a small theatre group in 1933 in Baltimore and similarly to her novel it was not the success she desired. Her painting endeavors did not have a successful ending either with her 1934 New York show receiving adversary critics. However, a factor that could have prevented her from reaching her full artistic potential was her mental health. Zelda spent much time in psychiatric clinics in Europe and the US since she was diagnosed with schizophrenia; the better and clearer knowledge we have today about mental illnesses suggests that she actually suffered from bipolar disorder. In 1948 she was in the process of writing her second novel, but she was unable to finish it since she lost her life in a fire at Highland Hospital in North Carolina.

Now let’s take a better look at her relationship and marriage with F. Scott Fitzgerald. The two met in 1918 after she graduated high school at a weekend country dance club in Alabama. F. Scott, who was then an officer stationed at nearby Camp Sheridan, was instantly interested in her, but due to her worries about his financial capabilities she rejected him. She only decided to move forward with him after the publication of his first novel and the two got married on April 3rd, 1920. The following year Zelda gave birth to their only child. The couple lived a glorious, glamorous lifestyle filled with travelling and extravagant parties, which were beyond their means. They seemed to have it all and enjoy an ideal relationship. Even though the Fitzgeralds quickly acquired celebrity status and were idolized by many as the couple who wrote their way into stardom, their marriage was characterized by many turbulences and fights. The two fought mainly for matters concerning each one’s writing aspirations and drove the lovers apart. It is claimed that F. Scott went as far as to lock Zelda in their house and refuse to let her out unless she retracted her wish for a divorce. The last years of their life, the two were in bad terms and each had taken their own separate way. 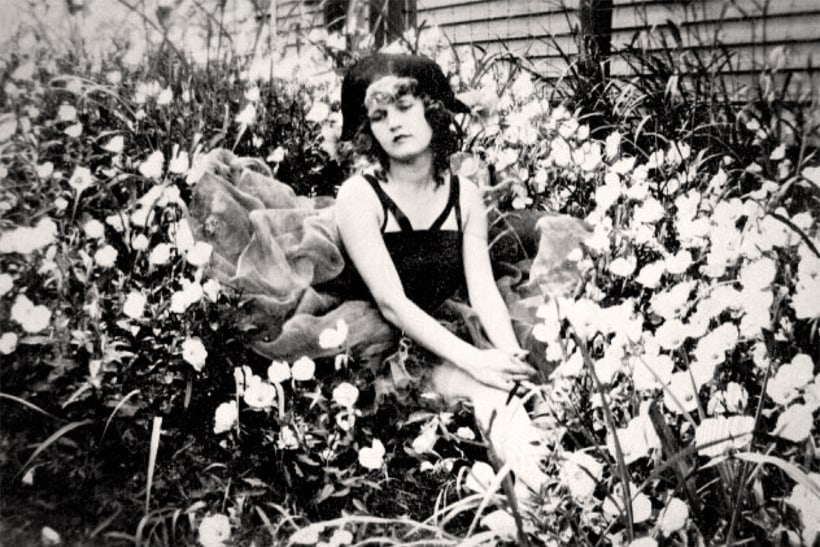 As the famous F. Scott Fitzgerald has confessed Zelda had been a huge inspiration for his writing. However, many argue that not only did he draw inspiration from his wife, hut he went as far as to straight up plagiarize her. Scott used Zelda as the ultimate American flapper girl and thus gave her the status of an icon. One of the best-known lines from “The Greatest Gatsby” was also delivered by Zelda following the birth of their daughter, specifically the line “I hope she’s beautiful and silly, a beautiful little fool”. Later when asked to write a review about her husband’s word, it was the first time she was direct and opened up about F. Scott’s exploitation of her for his writing. She specifically wrote that “It seems to me that on one page I recognized a portion of an old diary of mine which mysteriously disappeared shortly after my marriage, and, also, scraps of letters which, though considerably edited, sound to me vaguely familiar. In fact, Mr. Fitzgerald (I believe that is how he spells his name) seems to believe that plagiarism begins at home”. Their relationship started to reach its lowest points when Zelda wanted to use the same material as Scott for a novel of her own. He forced her to not include the material he was using for his novel ‘Tender is the Night’ and she published her novel under this rule. What is ironic is the fact that her husband was one of the hardest critics of her writing debut; he blatantly accused her of plagiarism which he had been committing for the majority of their marriage. In my opinion, both Zelda and F. Scott needed each other to succeed. Zelda’s lively descriptions and F. Scott’s ability to create interesting plot lines are elements that make a story liked by the audience. This is why their individual endeavors were not received well. Now, regarding the accusations of plagiarism it is not my place to judge their truthfulness.

In general, Zelda Fitzgerald is a complex interesting woman and an icon of her time- the personification of the concept of a flapper girl- and she should therefore be remembered as much more than merely F. Scott Fitzgerald’s wife! Zelda was ahead of her time and was very mistreated, but now she seems to be getting some of the recognition she deserves. So, I sincerely urge all of you to devote some time to getting familiar with this important iconic figure of the 1920s. Maybe then you will form your own opinion about whether F. Scott plagiarized his wife or not… So, what are you waiting for?