You are not silly, you are learning: Self-talk and the importance of how we speak to ourselves 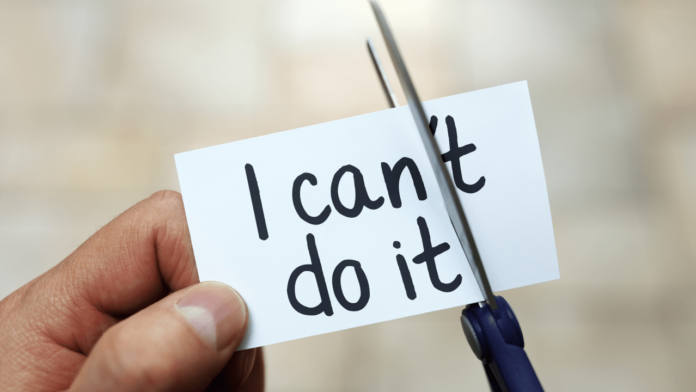 During one of my English classes to children the other day, a girl of around 9 years old noticed she had misspelled a word, to what she exclaimed: “Ugh, I’m so silly!!” After my initial surprise, I tried to explain to her that she is not silly, and it is normal to make mistakes. Making mistakes is human and she has to make them in order to learn. But that situation made me think: Why would a 9-year-old directly put herself down by such a common and slight mistake? Why would she be aware of such a negative self-talk pattern at such a young age?

Defined by the Merriam-Webster dictionary as “talk or thoughts directed at oneself”, self-talk is basically the way you make use of your inner voice and how you communicate with yourself. This voice has the tendency of being critical, sometimes it can even help to keep up motivation and focus (as when it prevents us to fall into a distraction when we are running short of time for a due date or reminds us of doing a chore that we do not really want to do). However, if not taken care of, this inner dialogue can become extremely negative sometimes resulting into real harm. When self-talk becomes damaging, it is known as negative self-talk. According to Elizabeth Scott, author of “8 Keys to Stress Management.”, negative self-talk can take many different forms. It can sound grounded, “I’m not good at this, so I should avoid attempting it,” or mean, “I never do anything right!” It might also seem realistic, “I got a C on this test. I’m just not a good student,” or it can evolve into a fear-based idea, “I’ll never be able to reach my goal”.

Negative self-talk can also sound catastrophizing and blaming, and it might affect one in damaging ways that can be linked to an increased risk of mental health issues. For example, a common outcome of focusing on negative thoughts is decreased motivation as well as a feeling of helplessness. Negative talk can also cause the rise of very high levels of anxiety and stress, due to the alteration of reality which produces inability to reach some set goals. This kind of talk might lead to a lowered ability to see opportunities and take advantage of them, as it generates limited thinking (the more you say you cannot do something, the more you believe it.) It can also create unrealistic ideas of perfectionism, where “great” is not as good as “perfect”, causing ever-lasting dissatisfaction based on an unrealistic idea of perfection that is actually unattainable. Constant negative self-talk can also create problems of self-esteem and confidence, as well as insecurities about one’s image, provoked by unrealistic comparisons with others. This situation can result in relationship challenges, as constant self-criticism and negative habits might lead to a negative environment and problems in communication. If these patterns worsen over time, negative self-talk could exacerbate feelings of depression, a case in which a professional should always be reached.

However, negative self-talk can be spotted and corrected. The first step towards change is to become aware of the problem. Negative self-talk is usually noticed as something normal and its effects might go unperceived. By noticing the moments in which you are being unreasonably self-critical, you can practice stopping. We have to remember that thoughts and feelings do not always correspond to a 100% accurate reality, as they might be subject to biases or influenced by different moods. It can be very challenging to realise that and for this reason, the best recommendation is to express them out loud. Share your worries with a friend, a partner, or a family member, and it is likely that you realise that the scale of the problem is way smaller than what you previously thought. Another technique that might ease the effect of negative self-talk is to examine if what you are saying is true by putting an end to your streaming of thoughts and valuing how much of it is an exaggeration.

It is also very important to be cautious with language. Language is a very powerful tool, more than we are aware of, and the choice of words you make for referring to yourself might have a big impact on your mental health. It might be difficult to stop a negative train of thought but is always an option to change your choice of language. Instead of “too difficult” it can be “a challenge”, instead of “hate” it can become “dislike”, and instead of “angry”, we could say “annoyed”. This way, while changing the intensity of language, the intensity of the negative effect becomes milder as well.

Sporadic self-critical comments are normal, we all go through phases of self-doubt, but they should stay that way, sporadic. If it becomes a recurrent habit it is important to notice and rectify. When you catch your inner critic at its worst ask yourself: Would you say this to a beloved friend? You wouldn’t, right? Then don’t let anybody say that to you, not even yourself. Remember you are human, and making mistakes is the best way to improve and learn.

“I love you, now die”: The Conrad Roy and Michelle Carter case

On endings and new beginnings

“I love you, now die”: The Conrad Roy and Michelle Carter case