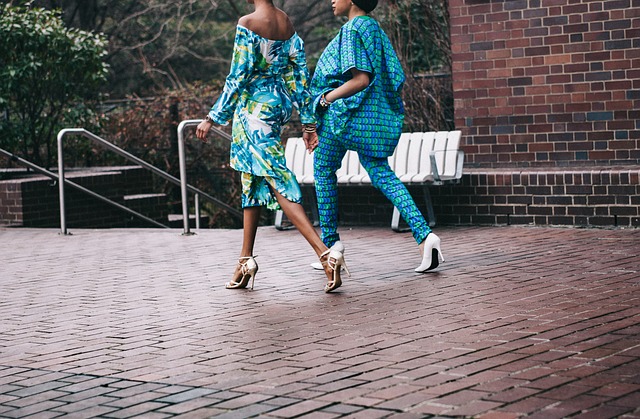 The last months of an undoubtedly tough year included more uprisings than democracy can bear. Especially in the United States of America the murder of George Floyd, a 46 year old black man, during his arrest from police provoked thousands of reactions around the world. Although the incident itself is enough to create discords between members of social groups, it is also reported that black people are being treated in a racist way not only in matters of justice, but in everyday life too. Τhe accumulation of injustices all those years, even after establishing constitutions, has been the motive for multiple discussions about fairness and rights. Almost every employment sector is accused of mistreatment or of hindering the success of black community members. One of these professions with direct access to publicity and as a result a stronghold in influencing public opinion is the fashion industry.

To be sure, fashion includes all this glam and charm and it is usually perceived as a way to superficially highlight someone’s appearance. And at a great scale it is true. Fashion designers, models, stylists, retail shop owners and even sellers are trying to accomplish the “beauty” mission. But in every fairytale there is a monster. The monster in real life is the factor of racism that destroys all the progress that has been made so far. Even though, some designers are trying to emphasize on less known cultures and be inspired from them, they are the minority. Instead, most of these people have focused on privileged, modern societies and of course the white upper class in the name of profit. This phenomenon combined with the minimum appearance of black models on catwalks has lead famous black fashion celebrities to talk about their experience. Ruth Whitney is a famous model, actress, singer and businesswoman who managed to be the first black model on the cover of Vogue, in August 1974. After that, she shot many other covers including two more for Vogue. She now declares “…But my race limited me to significantly lower compensation than my white peers. The industry was slow to include other black people in other aspects of the fashion and beauty industry. (…) Silence on race was then -and still is- the cost of admission to the fashion industry’s top echelons.”. 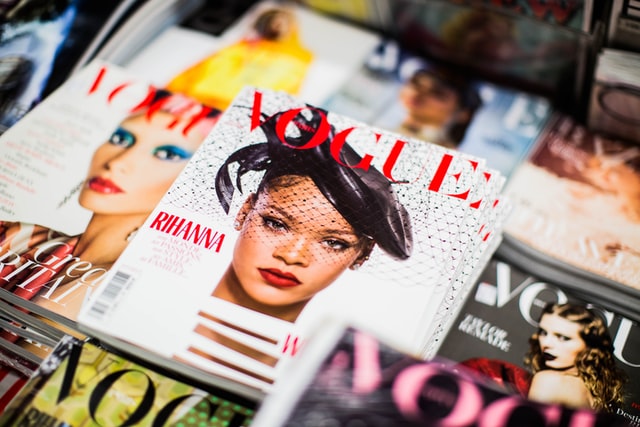 The years are passing by and things must have changed since 1974, we think. But I am afraid, not. Lupita Nyong’o, a Mexican-Kenyan actress and model, revealed that in her childhood years prayed for a lighter skin. She is the darkest skin-colored model to appear on Vogue with no other same shade woman following. These examples are used to convince black celebrities that ONE exception is enough to bring equality. In an interview with the Times of London, Chanel Iman said “Designers have told me, ‘We already found one black girl. We don’t need you anymore”.

When an organization is picking the bare minimum of members of an underrepresented group just to seem politically correct, this is called tokenism. “The token black girl” has affected many more lives and careers than we think. And models are just the beginning of the endless list. The story of Beyoncé advocating for Tyler Mitchell, a black photographer, to shoot her September Vogue cover back in 2018, is known because he then became the first black photographer of Vogue after 125 years of the magazine’s existence. Another example is about Semina Nasr. In June 2020 she was announced as the first coloured editor at Harper’s Bazaar since the magazine first appeared in 1867.

Last but not least, we should praise the black fashion designers that have almost been forgotten. According to Savoir Flair’s list of talented black designers there are at least 5 underestimated professionals during all these years. Ann Cole Lowe -a black-American couturier- was the dressmaker of Jackie Kennedy’s wedding dress when she married John F. Kennedy. She was so gifted that her client list included the American high society like the Rockefellers, the Roosevelts, the du Ponts etc. However, she never received the popularity and the appreciation she deserved. 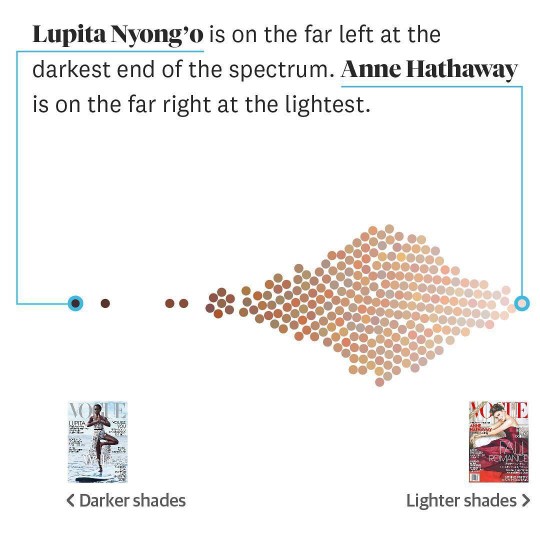 Zelda Wynn Valdes is a neglected designer, as well. She was the woman behind the most famous and the first to be patented costume/suit. The typical uniform for the “bunnies” of Play Boy, including a strapless bodysuit, bunny ears, a bow-tie, a collar, and a fluffy tail is one of her inspirations. Widely known for her capability of fitting her creations at any body type she managed to open the first store on Broadway street in New York owned by the first African-American to do so, herself.

Other examples include Willi Smith, Jay Jaxon, Patrick Kelly etc. Economic exclusion, lack of access to the market and credit, have led many black fashion designers to anonymity. Some others, though, with their vision, hard effort and persistence have managed to gain fame and money, along with their inclusion in this tough sector that is called the fashion industry. All these people mentioned and hundreds more, should be remembered and celebrated for their accomplishments. They have paved the way and we believe they still have much more potential to show.

Eleni Papageorgiou
She was born in 1998 in Thiva and she is currently studying Journalism at the Panteion University, at the Department of Communication, Media and Culture. When she graduated from upper high-school, she attended the University of Aegean with specialization in informatics, but her love for writing and studying the Media mechanisms led her to this new opportunity. She believes in the power of knowledge and in lifelong learning. She speaks Greek, English and Italian and she loves listening to podcasts and watching movies.