Bienvenidos a mi vida en la crisis política: My Diary Entries if I were in Peru 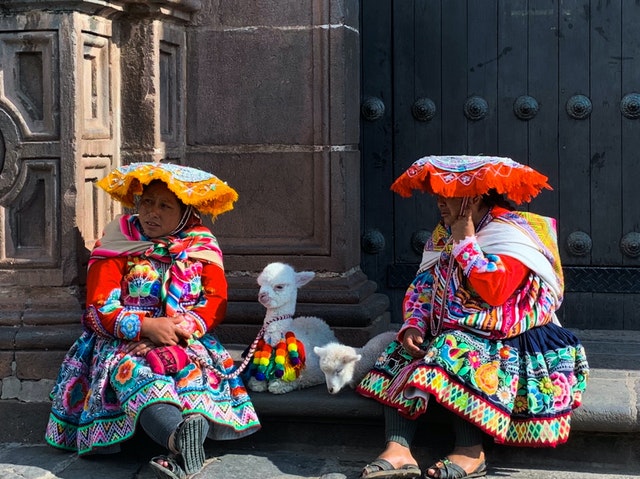 With a friend of mine, we have an inside joke that, if at some point things go very wrong, we will abandon everything, go to Peru and live in a cabin wearing ponchos among llamas and alpacas. It is indeed a very comforting thought, especially when life may be putting too much pressure on us. Nevertheless, that would not be so dreamy in reality. This is why one day, after a conference on the political crisis in Peru organized by the Latin-American Students Association of La Sorbonne (my university), I decided to write this article to depict how it would be if my inside joke came to life: like a diary of my life as a Peruvian today.

Today President [Martín] Vizcarra was impeached. He was convicted by the Congress after his testimony this morning. I went to Plaza San Martín to join the protest, but did not stay for long; I heard that congressman Ricardo Burga was assaulted by a protestor during the press conference after the vote took place, but I was not there to see it… Some people next to me at the protest talked about staying there past 11 in the evening, but I do not know how that would be possible with the curfew imposed by the government because of the coronavirus…

As if our president was not impeached just yesterday, today the leader of the Congress, Manuel Merino, was inaugurated president! When I woke up and heard the news, I could not stand it. Merino does not represent me. And thinking that this is the exact same thing the protesters were shouting heading towards the Legislative Palace means I am not the only one. I am glad I did not go down there though, because the protesters were stopped by the NPP [National Police of Peru]… 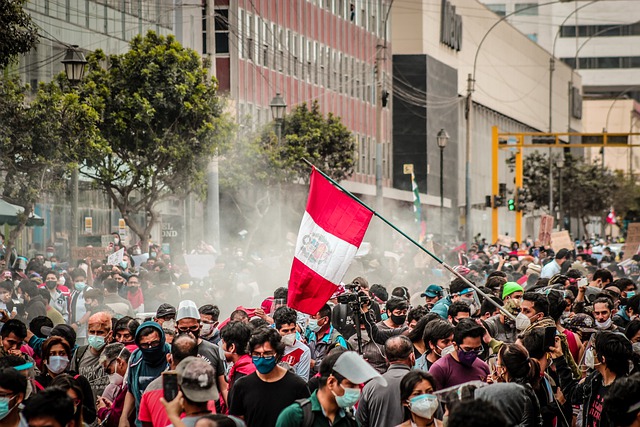 Our Minister of Internal Affairs [César Gentile] left office today too. In fact, he resigned, he said “I am no longer the Minister of Internal Affairs!” to Merino, who accused him of being responsible for the way the protests went out of hand. All of the country got out in the streets today… Many people got arrested, gas bombs were thrown by the police and I also heard that a journalist was injured. I do not know why the Justice and Human Rights Commission refuses to do anything about it!

Today, there was a National March to demand the resignation of Merino throughout the country. Juan Seput, the Minister of Labor, said that the protest will harm businesses, while the newly appointed Minister of Justice, Delia Miñoz characterized calls for protests as propaganda, but I do not believe them.

Today there was a second National March, but this time, the clashes between protesters and police were much more violent. Two people were killed. Even the ombudsman called for the cessation of tear gas use. At least there were multiple resignations following the deaths. The Ministers of Internal Affairs, Justice, Health, Economy and Finance, Education, Foreign Trade and Tourism, Women, Development and Social Inclusion, Culture, Energy, and Housing: they all resigned, one after the other! I wonder what President Merino and Prime Minister Flores-Aráoz are going to do now… 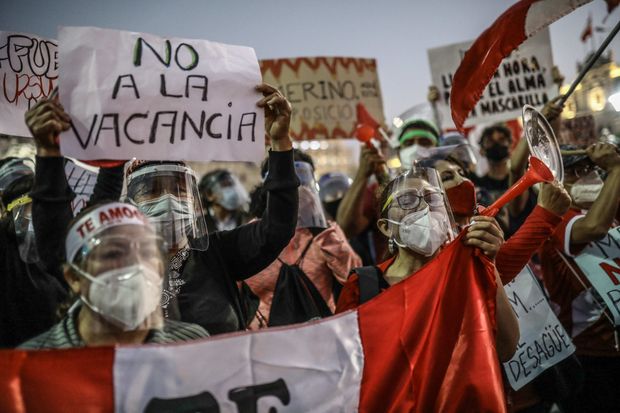 Today the news were all about the funeral of Jordán Inti Sotelo Carnargo, a 24 year old student, one of the two people killed during the second march. I could not but cry listening to his parents’ statements: his mother saying “My son said goodbye to me and told me: I am going to give my life for my country” and his father almost begging our president and prime minister “Gentlemen, I ask you from the bottom of my heart to retire”. In the evening, I am going to join the march demanding a new Constitution; this madness needs to stop.

Today, we have a new President, Francisco Sagasti. The first thing he did was ask for a minute of silence in honor of the two young men killed during the protests, and he later spoke to the parents of the deceased.

The rest of the world is waiting for their Christmas presents (besides the Covid-19 vaccine); we have our 22 candidates for the April 2021 presidential election. We have the daughter of Alberto Fujimori, Keiko Fujimori, as a right wing candidate, left wing Veronica Mendoza, moderate economist Julio Guzman, our former nationalist president Ollanta Humala and -the one leading the opinion polls- former national soccer team goalkeeper George Forsyth; and they are only some of the candidates… Honestly, I do not know who to support, if I vote for any of them. But in the end, neither does almost half the population. I really do not know where this country is heading, but I deeply hope that the upcoming election will bring the stability that Peru so desperately needs right now and, why not, strive to resemble the country of poncho-wearing people living in cabins living a happy and peaceful life among sweet alpacas.

By Theofanis Fousekis, Throughout the history of our world, there have been many examples where people fought against the ruling class or the opposite. One...
Διαβάστε περισσότερα
English Edition

By Evi Tsakali, Maria Montessori was born on August 31st 1870 in the provincial town of Chiaravalle, Italy. She graduated from the University of Rome’s...
Διαβάστε περισσότερα
English Edition