The burqa issue: behind the veil

Dress code issues have been an ongoing debate since the nascence of early societies. This is mainly due to the upper economic class’s need to stand out, the concept of appropriate attire for one’s workplace or a fashion issue. Unfortunately, while clothing choices mainly seem as a palatable way for an individual to express their aestheticism, artistic creativity and even their political views, the same does not apply for their religious views.

Over the past decade, nations around the globe have been targeting Islamic face veils (Burqas, Burkinis, Niqabs, Hijabs) and are hoping for their extinction. Currently, we encounter a total ban of the burqa in 7 European countries: France, Belgium, Germany, Austria, Denmark, Latvia and Bulgaria. Such attire is not encouraged in the Netherlands, Spain, or Italy. The countries’ legislation prohibits wearing Islamic veils in public spaces such as restaurants, hospitals, government offices and libraries.

The veils allegedly symbolize modesty and devoutness in Islam. The veils can be linked to verses in the Quran -although there is no verse that specifies the dress code- women are told to “cover their chests” and “lengthen their garments”. Women of Islam argue that a ban against veiling unjustly restricts the religious liberty of Muslim women.

Undoubtedly, the status of women in some religious communities is a problem that needs to be discussed, but a total ban of certain religious clothing is not the proper way to solve the problem. Nowadays, supporters of veiling claim that these garments are a reflection of their culture and the ban is an Islamophobic gesture with no evidence of veils undermining democracy and public safety. They argue that a ban would enhance the anti-Muslim sentiment that has been going on in the West. 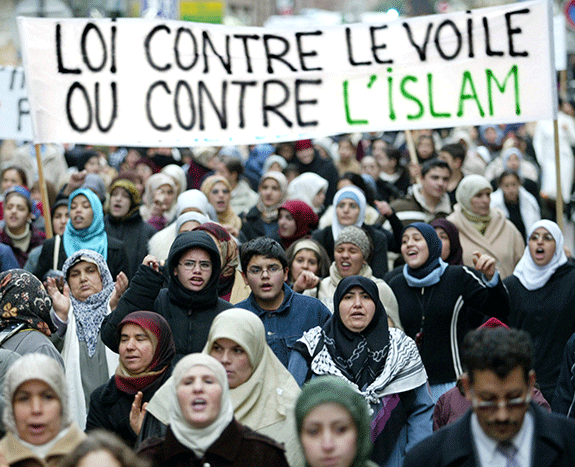 Disputants argue that the perpetuation of the burqa is a continuous form of women’s oppression, taking into account the fact that these veils were actually initially worn by married women in order to not be seen by other men. It is implied that, as a garment, it contradicts human dignity and any concept of equality. Another argument opposed to the full-face veils is the western “face to face” culture. A veil that covers up the entire face can feel like a threat to citizens of the Western world. The anonymity that is seemingly provided by the veil is subconsciously getting linked with a possible wrongdoing or assault and the consequent difficulty of recognising, and therefore capturing, an individual.

As far as we know, every country has its own policy on the matter and the discussion is still remorseless. Regardless of somebody being in favour or against this garment, the consensus should be to respect the person behind the veil.

Cats Are Capable of Loving you – And Here’s Why

By Anastasia Miskaki, June 8th marked the National Best Friends Day in the United States and pets are very often one of the first thoughts...
Διαβάστε περισσότερα
English Edition

By Timoleon Palaiologos, This summer season will definitely be unique. COVID restrictions have been lifted and people are eager to go on vacation, escaping the...
Διαβάστε περισσότερα
English Edition

Reasons why everyone should go to Therapy

By Nina Chatzistergiou,  Therapy is one of the best treatments one can have for major emotional challenges but most of the time many people perceive...
Διαβάστε περισσότερα