What about the (recent) terrorist attacks? Terrorism is a phenomenon that is not new to the European Union (EU). On the contrary, it has been a threat against peace within the European borders for a long time now. However, there have not been such attacks in a long time, until recently when three attacks took place in a short period of time and more specifically in Paris and in Nice in France as well as Vienna in Austria. Despite the efforts that have been made by the European institutions, terrorist attacks still take place. But why? Are the preventive mechanisms insufficient or is it something else to blame?

France is a country that amongst the European countries has been attacked the most. Specifically, the coordinated attacks in France in November 2015, are still remembered and honored since a total of 130 people were killed and many were injured. Annually on the 13th of November, French pay tribute to the murdered people. After the event occurred, Mr. Hollande who was the French President that year, declared France in an emergency state for the next three months in order to prepare the country for any other possible attacks. It should be noted though that France was already in alert due to the terrorist attacks in January in the Charlie Hebdo offices where twelve people were shot dead. It can be said that after these events, one would be prepared and could prevent similar ones to occur but unfortunately it was not enough. 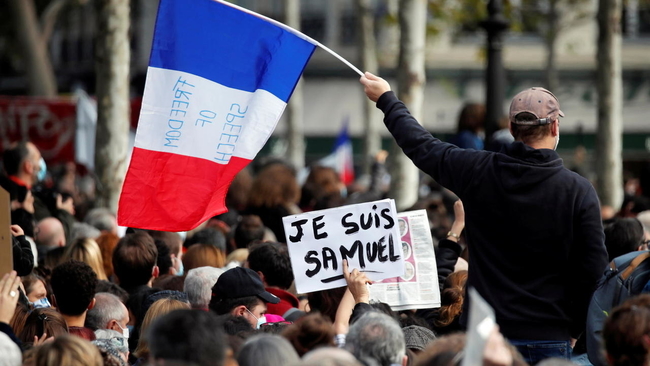 In October 2020, while France is fighting against COVID-19 and as its active cases and death tolls are rising, a French teacher, named Samuel Paty, was murdered outside the school he was working at. The former teacher was a target of threats since he showed to his students the caricatures of Prophet Muhammad pictured in the satirical magazine Charlie Hebdo and on that occasion discussed with them about the freedom of speech. After the murder of professor Paty, French President Emmanuel Macron, publicly defended the freedom of expression and attacked “radical Islam” and “Islamist separatism”. The responsibility for the beheading of the late professor has been claimed by the Islamic State. It seems that the French President’s statements have angered the members of the latter, who have reacted by attacking civilians. Following such attack and taking into consideration the previous ones, it is likely that one may question the ability of the intelligence services to prevent such attacks. However, are these services the only ones to blame?

Not long after the attacks in Paris, another deadly attack took place in Nice. The casualties were three dead people who were stabbed in the Notre-Dame church of the city. This attack’s responsibility has been claimed by the Islamic State as well. President Macron once again stated that “the country will not give in to Islamist terrorist attacks”. Later on, the suspect was found to have arrived to the city one day before the attack but was not considered a suspect by the intelligence services. This event resulted in France raising its national security level to the highest. Nonetheless, it is not the first time that Nice has been attacked. In 2016, on the day that France was celebrating Bastille Day,  Nice experienced a deadly attack that left 86 people dead and another 458 injured by a truck. Once again, this city has to go through another attack that killed three of its citizens.

The recent attacks in France left the world in shock and while they had not gotten over them, another terrorist attack took place in Vienna this time. A gunman shot four people that died and twenty three others were wounded in the city center. The event took place one day before curfew went into effect and Austrian people were enjoying their “last free night”. The Austrian Chancellor Sebastian Kurz stated, in an interview, that regarding whether there was any correlation between the attacks in France and the one in Vienna or not, “[we] know that the goal behind is always the same. These are people who are against our democracy, who are against our way of living and who are against our values”. 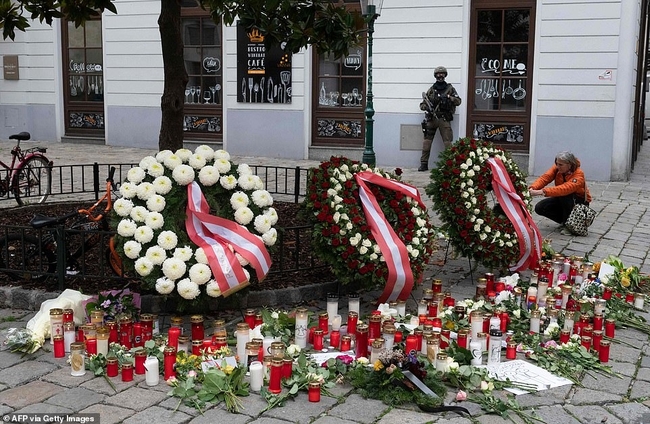 The attacks in the French Republic occurred after the caricatures of Prophet Muhammad in the Charlie Hebdo magazine which President Macron did not condemn but on the other hand stated that these are the results of freedom of expression. Such statements triggered the Turkish President Mr. Erdogan with whom Mr. Macron has had tense relations recently as Turkey has been threatening Greece with military drills close to the Greek islands; Rhodes, Kos and Kastellorizo. Mr. Macron has expressed his support towards the Greek government and condemned the Turkish actions. Consequently, the Turkish authorities have called for a boycott of French products while protests are taking place in the Muslim world such as Pakistan and Syria.

The caricatures have led to divided opinions. On the one hand, there are people who believe that in a free world where there is freedom of speech, one can freely state their opinion in any form i.e. drawings and words. Some also found the caricatures funny highlighting the fact that a caricature’s purpose is to present something in an amusing way. On the other hand, many were the people who underlined the fact that despite the level of freedom, one should not mock anything related to religion. Respect is a significant characteristic that must not be forgotten regardless of any kind of interest. It is true that such drawings’ aim is to satirize political events and facts and present something unpleasant in a more appealing approach. However, such means ought to show the essential respect towards other religions, nationalities and sexual preferences. No one should take advantage of anyone’s beliefs in order to prevail. It should have been a lesson to political leaders especially when quite a few terrorist attacks have taken place the last years but it seems that the lesson is still to be learnt. So, instead of questioning the abilities of the competent institutions and mechanisms, maybe the question should be: “How many more civilians will be killed in the name of interests?”

By Eleni Papageorgiou, Back to the not so old and forgotten year of 1885, the US had proved that a vaccination certificate used as a...
Διαβάστε περισσότερα
English Edition

Why should we choose voluntarism?

By Polina Pallieraki, Volunteering is people’s contribution in a frame of a non-profit and unpaid action, which does not predetermine personal attribution. It is a...
Διαβάστε περισσότερα
English Edition

Cancel Culture is a Myth, Here’s Why

By Nikos Theologou,  Before you start reading this article, let me say this once, loud and clear: no person should be thrusted out of a...
Διαβάστε περισσότερα

By Eleni Papageorgiou, Back to the not so old and forgotten year of 1885, the US had proved that a vaccination certificate used as a...
Διαβάστε περισσότερα