The illusion of reality: A trip through History 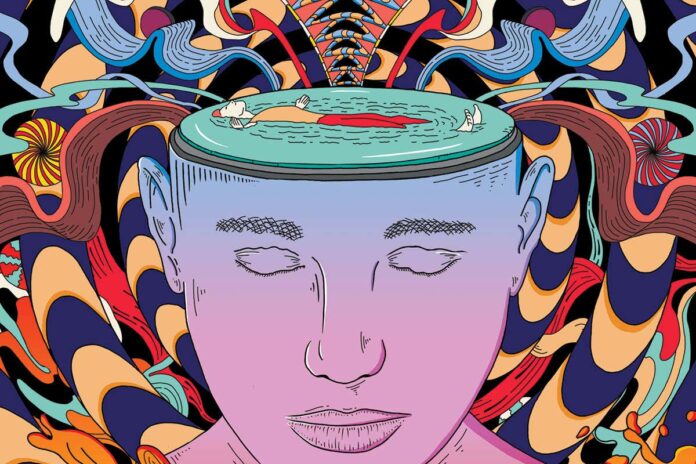 The laws of society tend to differ from one historical era to another. Most ancient societies were built around the persona of the warrior, a mighty conqueror and protector who would bring glory to the homeland and rule over their most hateful enemies. Knowledge and wisdom were often connected with religion and superstition. Priests, shamans and healers were responsible for paving a path between the spirituality of the divine and the one-dimensional experience of human life. These sacred people of the ancient cultures often used practices that included the use of psychedelics such as psychoactive substances and drugs that the laws of our own society deem illegal. But to which point does the history of humanity justifies these laws?

Human activity associated with psychoactive plants is mostly seen during religious and spiritual rituals. Priests or shamans have ingested plants for millennia to induce states of dissociative trance. Such substances are sometimes termed “entheogenic” (from the Greek roots “en” [inside], “theo” [god], and “gen” [create]). Researchers and archaeologists have documented human use of psychoactive plants since 1200 BC. Astonishingly, practices that aim to alter the consciousness of human beings have been documented all over the world through different times and by different cultures.

Early sign of psychedelic use can be found even in the palaeolithic age. The most direct evidence we have from the Palaeolithic Period in terms of art is found in Tassili in Algeria in the form of cave paintings depicting Psilocybe mairei mushrooms dating back to 7000 to 9000 years ago. From this region, archaeologists have found cave paintings depicting images of the “Ego Death”, a term that associates with the “complete loss of subjective self-identity” that occurs during psychedelic use. These images portray the painter as one with the animals around him and in one instance an image of a man forming into a mushroom. 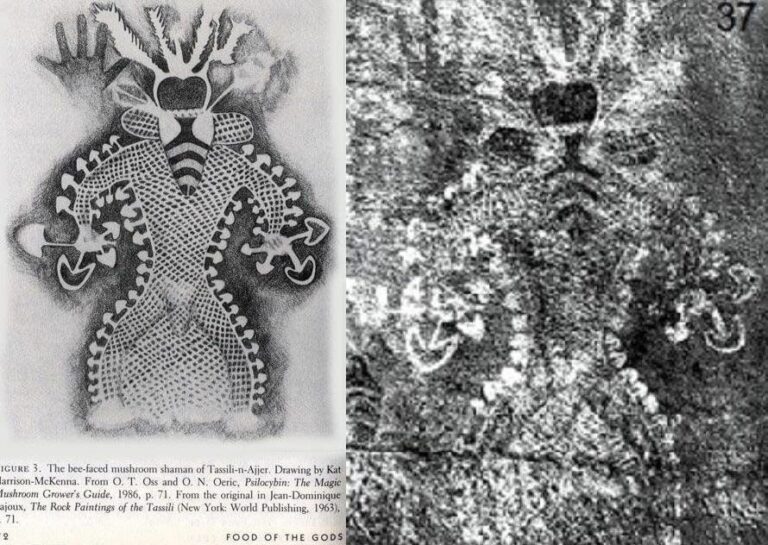 Therianthropic imagery such as the one found in Tassili has been identified at sculptures of shamans and other figures made by the Olmecs (1200 BCE to 400 BCE). The Olmecs were the earliest known major Mesoamerican civilization which laid many of the foundations for the civilizations that followed. Pre-Columbian Mesoamerican cultures used hallucinogenic substances in magical, therapeutic, and religious rituals. These substances are considered entheogens since they were used to promote mysticism and communication with divine powers. The purpose of using these substances was to enter a trance and achieve greater enlightenment and open-mindedness.

Perhaps greater knowledge about the substances that were being used by these cultures, is available when studying the Mayan and Aztec Civilizations. Mayan priests (chilam) practised divinity and entered ecstatic states to communicate with the gods and forces of nature, or to transform themselves into personifications of corn or rain. The flower of N. ampla became a symbol of high lineage and it frequently appears on the headdresses of the Maya elite. Entheogenic substances were also largely used as therapeutic measure by Mayan Shamans. The Mayans used a variety of such substances such as balché, pulque, Mesoamerican tobacco (Nicotiana rustica) along with different mushrooms. They associated each substance with different dimensional levels and god entities.

The Mixtec god “Seven Flower” was depicted with two mushrooms in his hands. A sculpture of Xochipilli, the Aztec god of flowers, was found in the 16th century on the slopes of Popocatépetl. It features a variety of medicinal and hallucinogenic plants and fungi, including Psilocybe aztecorum, whose habitat is limited to this region. A great deal of information from the Aztec use of psychedelic substances came from Florentine Codex, a 16th-century ethnographic research study in Mesoamerica by the Spanish Franciscan friar Bernardino de Sahagún. Psychedelic use at the Central American region, even during the 16th century, was so evident that it forced Spanish missionaries to make a thorough research about drug use at the New World.

In Greece, the most famous of the secret religious rites were the Eleusinian Mysteries. The Eleusinian Mysteries were initiations held every year for the cult of Demeter and Persephone based at the Panhellenic Sanctuary of Eleusis in Ancient Greece. They represented the myth of young Persephone and her abduction by the king of the underworld, Hades. The God of the Dead fell in love with the girl but was not allowed by Zeus to take her down to the underworld as her mother, Goddess Demeter was not likely going to permit it. The Eleusinian Mysteries celebrated the rebirth of Persephone, as she escaped from the underworld, and symbolized the eternity of life. During these mysteries, it is believed that the initiates would enter a state of alternate consciousness due to the effects of a powerful psychoactive potion into revelatory mind states with profound spiritual and intellectual ramifications. That potion was a drink named kykeon that was believed to be made from psychoactive substance and was widely available during the ceremonies. Similar religious sites have also appeared in Minoan Crete (3000 BC to c. 1450 BC).

Psychedelic use has also been documented in Japan, Polynesia, Africa, and the Middle East. Another thing that stands out is that ayahuasca, a South American entheogenic brew commonly made out of the Banisteriopsis caapi vine and the Psychotria viridis shrub, was discovered to being used by totally isolated indigenous people that live in the Amazon Rainforest. These groups of people have not been in contact with civilization for hundreds of years and are totally alienated but still know how to make a mind-altering drug.

As we course through time it becomes evident that for some reason those early civilizations, even though they had no contact with each other whatsoever and resorted in different places on earth, had all developed a spiritual tendency for mind-altering and multidimensional experiences. Loss of self and unity seem to be the main motives for all those cultures who were looking for something that the dimensional realm of human experience had been unable to offer. And with all the psychedelic studies and development of hallucinogenic drugs, we are only starting to scratch the surface of what our ancestors have known since the age of humanity. 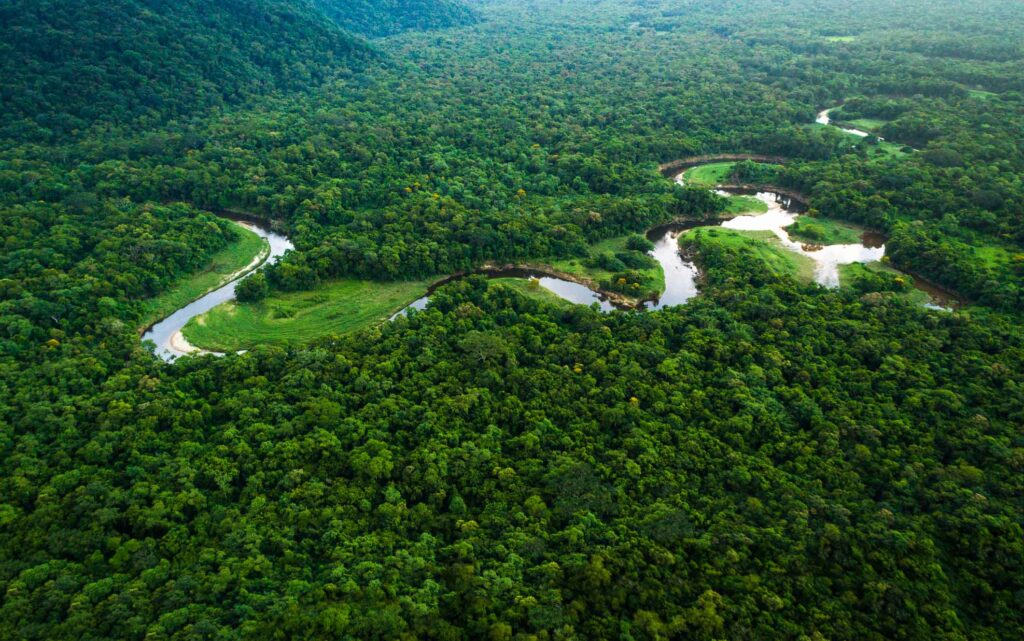 By Mado Gianni, Modern Family. Eleven seasons. Eleven years. So many episodes. Not an easy one to binge on Netflix. Definitely one of the cons...
Διαβάστε περισσότερα
Φόρτωση περισσοτέρων