For a greener Europe 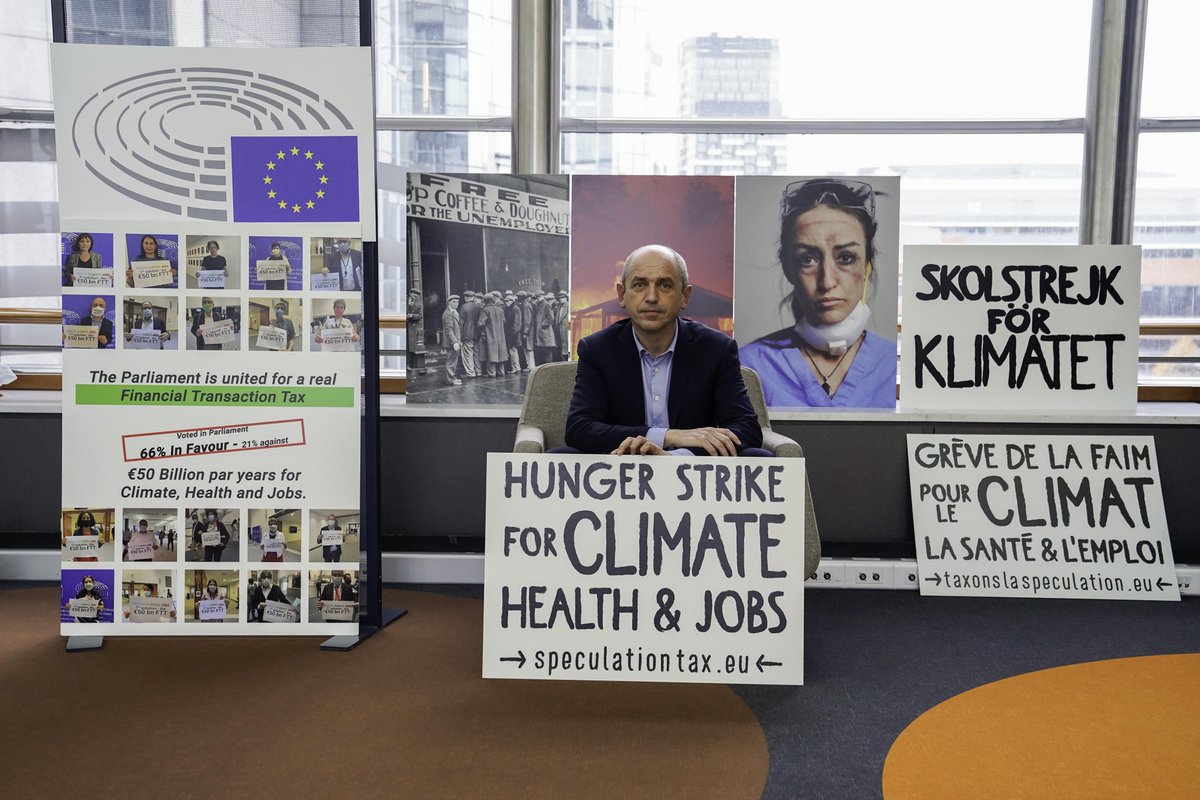 We live in a society where the word “Europe” is inextricably tied to the European Union and so we tend to perceive the European Union as the sole entity of the continent. And whilst this perception is incorrect, we cannot say that it is unfounded. The Union consists of 27 European countries, with 446 million inhabitants and covers an area of over 4 million km2. Furthermore, other non-partner countries -in Europe or elsewhere- assume the role of external partners and collaborate with the Union in funding processes for the general welfare of all European citizens. Thus, it would be safe to say that the EU’s planning plays a major role in the development of the European continent as a whole, and  through its financial and legislative procedures, it helps in the adoption of unpopular decisions by less developed (and even unwilling, sometimes) countries. 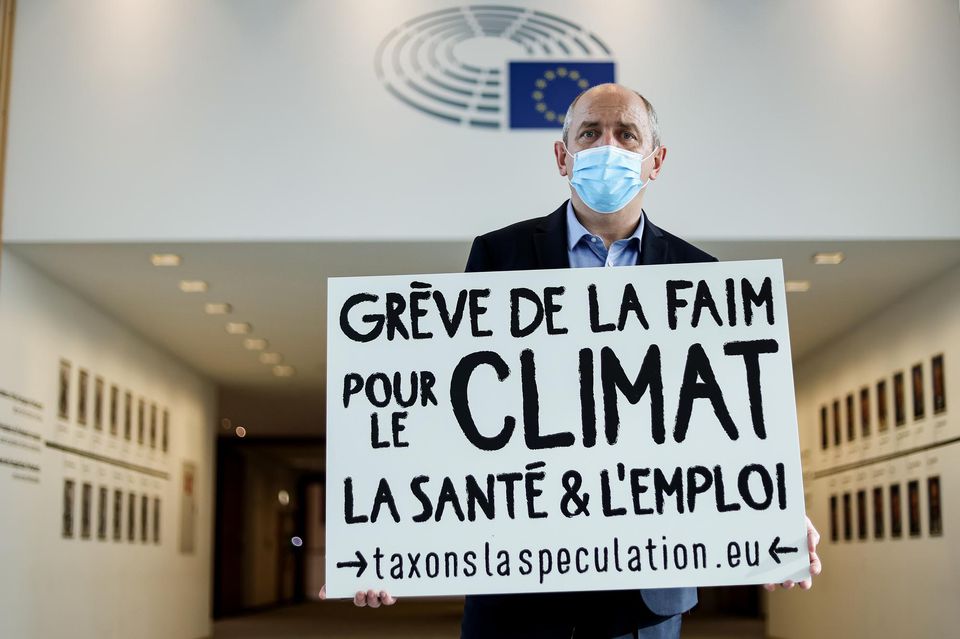 The name Pierre Larrouturou will probably ring no bell to most people. Mr. Larrouturou is an elected member of the European Parliament with the Progressive Alliance of Socialists & Democrats. He is a member of the “Committee on Budgets” and a substitute member of the “Committee on Employment and Social Affairs”. On the 28th of October 2020, Mr. Larrouturou went on a hunger strike to protest against the lack of funding for the climate and public health sectors in the European Union’s long-term budget plan. He believes that a financial transaction tax should be implemented in order to provide the Union with an extra 50 billion euros per year, hence providing useful funds directed to health, employment, climate etc. The hunger strike lasted 18 days until Mr. Larrouturou announced, on the 14th of November, via his twitter account, that he would stop his strike following the doctors advice to prevent permanent damage. He noted that it was not in his intention to be hospitalized at such crucial time for the pandemic, taking up resources from the health system but he insisted that the fight will continue.

The Climate and Jobs Pact is a team consisting of climatologists, young climate activists, representatives of NGOs and trade unions as well as ministers and members of parliament that were not satisfied with the presentation of the “European Green Deal” by the President of The European Commission, Ursula von der Leyen, believing that the programme is under-funded. For that reason the team was created with the purpose of resolving the matter of the programme’s funding. The group supports a more ambitious EU budget plan on green recovery that is blocked by certain countries which do not want to pay a higher contribution and refuse solutions to repay the common debt together. The group believes that by introducing a Financial Transactions Tax and taxing 0.1% stocks and 0.01% derivatives and bonds, the European Union can collect approximately 50 billion euro per year. Furthermore, they believe that by introducing new EU resources, the EU will rely much less in national budgets. 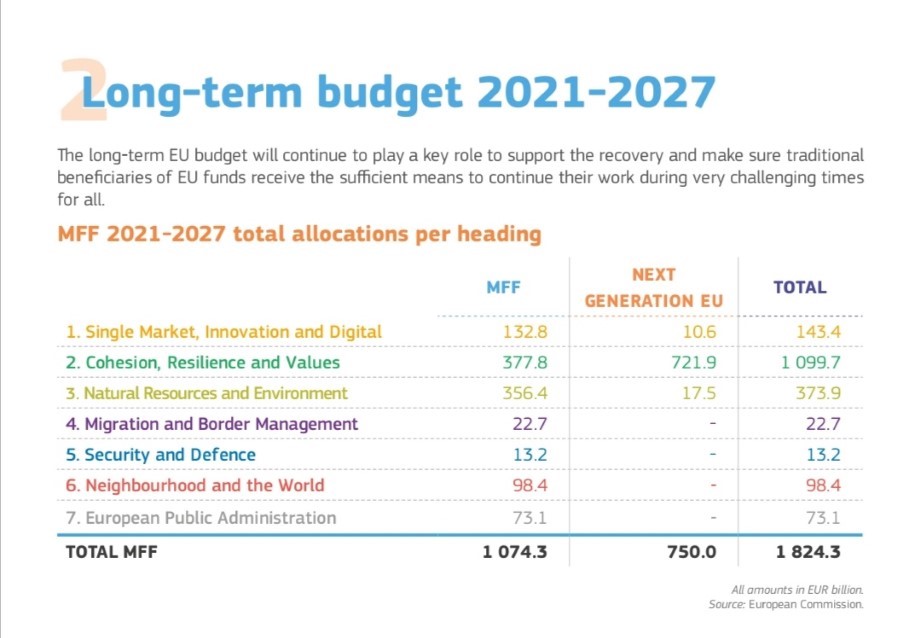 In early March 2020, most countries around the globe, and especially EU countries, had adopted a quarantine policy, restricting basic individual rights in order to combat the effects of the unprecedented corona virus pandemic. This despicable virus came out of the blue and has completely altered our way of life for the past 10 months. Now, most of the above-mentioned countries have already re-entered the quarantine phase in order to combat the second wave of the pandemic. However, during this pandemic two things became apparent. Firstly, almost no healthcare system was even slightly prepared for the pandemic, even though China had already reported the ongoing epidemic on the 31st of December 2019 and secondly, we cannot predict when the pandemic is going to be “over”. The increase of the temperature during the summer helped soften the situation, providing governments with sufficient time to strengthen their healthcare systems, and mostly improving the situation of their Intensive Care Units, but that seems to not have been enough as some regions have, once again, hit record high corona virus cases. The financial consequences of the pandemic are severe, especially in countries where tourism is an important contributor to their GDP such as Italy, Greece, Cyprus and Croatia, and since the end of the pandemic seems to be nowhere near, the financial sector will keep deteriorating.

For that reason the European Union has prepared a coronavirus temporary recovery effort known as “Next Generation EU”, which is the largest stimulus package that has ever been made. The financial package of 750 billion euros along with the 1074.3 billion euros of the EU Multiannual Financial Framework (MFF) is the Union’s way of recovering from the effects of the coronavirus pandemic.

In the meantime, Pierre Larrouturou along with the Climate and Jobs Pact will keep pushing for the introduction of the Financial Transactions Tax as a means to fund the green development of the EU, until the meeting of heads of state and governments -on the 10th and 11th of December- when they are expected to reach a positive outcome regarding the introduction of a speculation tax.

On endings and new beginnings

We should get philosophy back in the books: Some thoughts