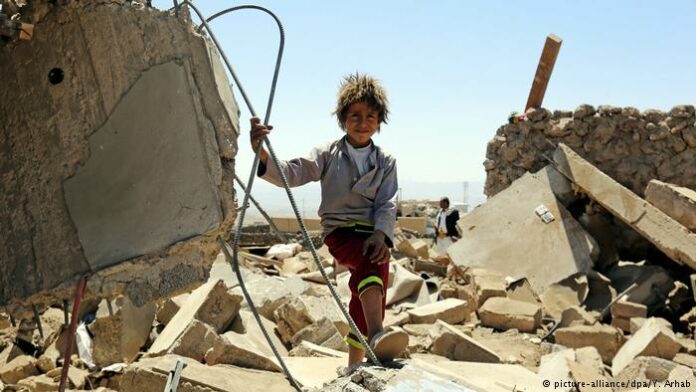 “The world cannot afford to let Yemen slip into the abyss’’ pointed out Ayman Gharaibeh, the UNHCR Representative in Yemen. Yemen constitutes the poorest country in the Middle East, while it is simultaneously being challenged by a long-lasting civil war along with the exacerbation of the pandemic of Covid-19. At the same time and while Europe is entering a new lockdown era, in Yemen the majority of citizens are more worried about dying out of poverty and hunger rather than of Covid-19. Unassailable proof that Yemen is facing the largest humanitarian crisis in the world.

The reasons behind the humanitarian crisis

The humanitarian crisis was caused due to three factors. The civil war, which started in 2014, takes the lead. In 2011, the former President, Ali Abdullah Saleh, was forced to concede his responsibilities, after denunciations concerning corruption and unsuccessful governance, to his deputy, Abdrabbuh Mansour Hadi. The Houthi movement, an armed group from the north part of the country, however, opposed the legal government and gradually occupied many cities, including even the capital of Sanaa. As the Houthi’s tried to take overall control, president Hadi was compelled to flee to Saudi Arabia. His government is currently located in the city of Aden in Yemen, but is nearly powerless, while the President still remains in Saudi Arabia. Moreover, the expansion of Covid-19 along with the termination of funding for programs providing humanitarian aid in Yemen have led to the escalation of the crisis. 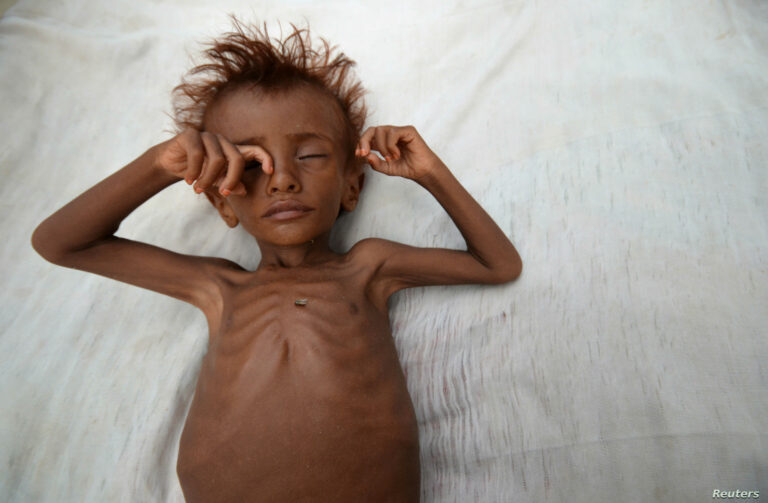 Why is Yemen a living hell for its civilians?

The ongoing situation in Yemen forewarns a tragic outcome. According to the United Nations, half of all Yemeni children under five are malnourished, while they are also suffering from hunger. Families are forced to cut out on their daily meals and reduce the amounts of food they are consuming, a reasonable consequence given the rise of prices in sugar, edible products in general, vegetable oil and petrol. The scenario of a food security crisis is not as far off anymore. Under these circumstances, many families have to borrow money or divest their assets such as land and livestock. In the worst case scenario, they send their children out to work or even to beg.

Access to clean, drinking water as well as to sanitation and health care facilities is barely existent. Along with other diseases, there has also been recorded the worst ever cholera epidemic. Apart from this, the diffusion of the Covid-19 virus in conjunction with the poor, inadequately equipped health system have led tο overcrowded hospitals and high death toll rates. The UN has warned off that Covid-19 will provoke more deaths than war, diseases and hunger have in total resulted in over the past five years. Furthermore, there has been noticed an increase in child marriage accompanied by high percentages of school drop-outs and the prospect of girls to more likely remain uneducated. 27,709 Yemenis have fled outside the country seeking a brighter future but are still living under harsh conditions. The rest 24 million (80% of the total population) are in dire need of humanitarian assistance. As far as the civil war is concerned, the US-based Armed Conflict Location and Event Data Project (ACLED) declared, in October 2019, more than 100,000 casualties as a result of the consecutive air strikes and other illegal acts that violate fundamental human rights. Yemen, thus, is facing not only serious economic problems but also their corollaries. 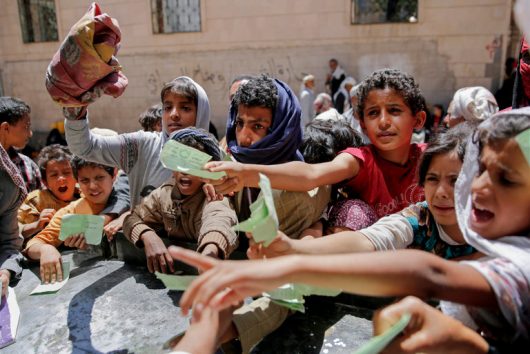 The UN has expressed its worries regarding the immediate necessity for a ceasefire among the warring parties and the discontinuance of the involvement -via technological and logistical aid- by the UK, USA and France. The country is on the edge of losing an entire generation of young children, highlights Lise Grande, the UN’s humanitarian coordinator for the country. Bearing that in mind, it is vital that donations and funding be enhanced with a view to coping with the ongoing humanitarian crisis. It is high time we stopped neglecting and abusing less fortunate and less powerful countries and started giving a helping hand to those in need. We should not be reminded of them only when we come across photos such as the above.

By Katya Mavrelli, In the eyes of the world, Myanmar had come a long way with regards to building some solid democratic foundation for the...
Διαβάστε περισσότερα
Φόρτωση περισσοτέρων