As the US advances towards registering 1 million coronavirus cases, anxiety and impatience are mounting for another reason; the highly contested 2020 elections. The battle for the White House appears to be far from over, due to the incumbent President Donald Trump falsely declaring victory and being unwilling to formally concede. At the same time, the Congress as the legislative branch, which comprises the Senate and House of Representatives, was also on the ballot with multiple state and local elections taking place on the same day. What do we know so far?

First of all, a record number of citizens participated in this year’s presidential election. In fact, a 66,3% turnout is projected, which is approximately 6% more than in 2016 and a historical achievement. At least 101 million people voted early, either by mail or in person, which almost accounts for the total number of votes four years ago. Many people voted for the first time, including a number of celebrities who admitted so, as well as young people and the Latinx community. Moreover, Democratic challenger, Joe Biden, celebrated a critical accomplishment by receiving more than 74 million popular votes, therefore breaking Obama’s previous record in 2008.

Nevertheless, the election is unfolding in an unexpected manner. Early polling suggested that Biden would have a comfortable lead of less than 10% over Trump; reality proved them wrong once again. Even though Democrats opted for Biden because of his “electability” -considering he was the only candidate who could stand up to Trump and sway voters nationwide- he was ahead by a marginal percentage. For instance, he lost substantially in Florida, Ohio, and Texas.

This is evidence of the Democratic Party’s fruitless strategy over the past years. By contrast, Trump expanded his base by gaining roughly 7 million additional votes. For example, it has been claimed that the portion of LGBTQ people who voted for him doubled in 2020. Regardless of Trump leaving office soon, “trumpism” is a growing plague that defies fundamental principles, first and foremost respect, solidarity, unity, equality, and decency. 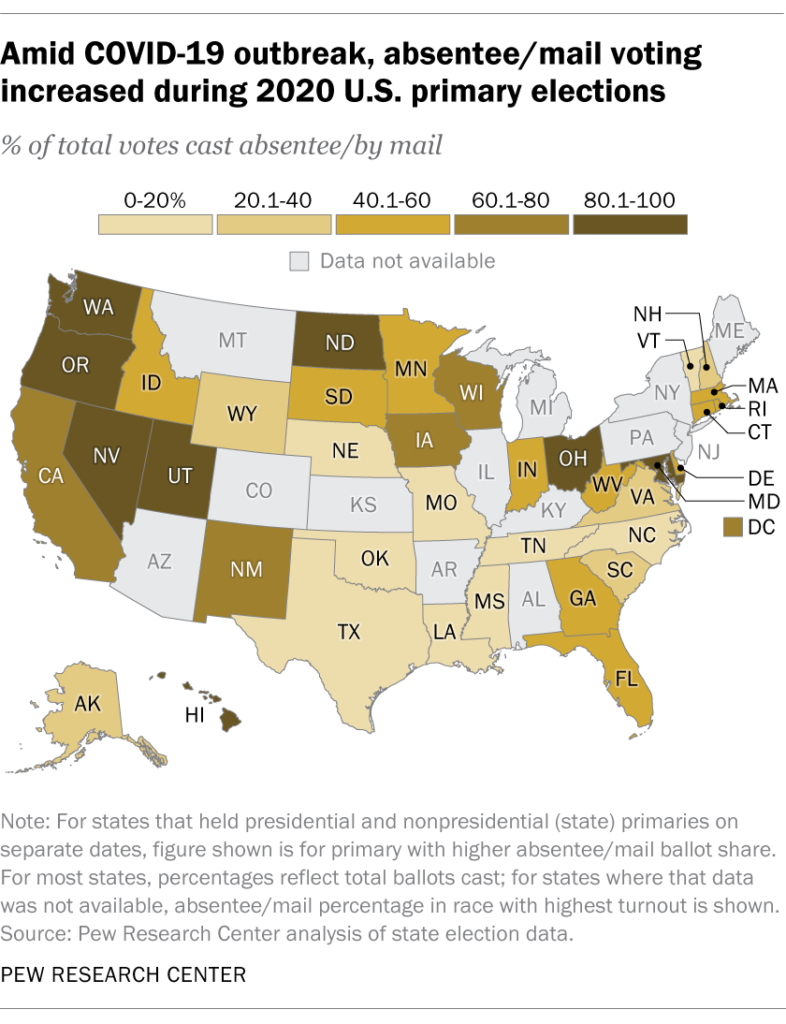 In qualitative terms, the conspicuous spell that Trump has successfully cast over his supporters is more fearsome and disheartening. It was already anticipated that Trump would vehemently denounce the final outcome in case it was not in his favour, but when he called for the counting to stop, his defenders immediately picked up on that message and viewed it as their responsibility to carry it out. As a result, they began to protest, raid polling stations, and generally wreak havoc in cities, such as Detroit, Philadelphia, Atlanta, Las Vegas, New York, Portland, Washington, Miami and Phoenix. This was a completely unprecedented move that directly challenges the American political system and democracy at heart.

It is also worth emphasizing that Trump’s allegations of widespread voter fraud are unfounded. He painted it as a conspiracy against him, and is still angrily tweeting that 70 million “legal” votes have been cast in his favour, whereas anything different than that is merely “illegal”. His legal team is preparing to file different lawsuits against states, such as Georgia and Pennsylvania, in order to challenge their results. However, mail-in voting which is the President’s main target, has repeatedly been confirmed by election authorities and the postal service as a safe method. Indeed, according to the Brennan Center for Justice, the odds of that happening in the country are less than 0,0009%, similar to those of getting struck by lightning.

A milestone in favour of the GOP concerns the Senate, the upper chamber of the Congress. Republicans are expected to have reaffirmed their majority, despite the Democrats’ hopes for the opposite. Senate majority leader, Mitch McConnell from Kentucky, renewed his six-year term, alongside other republicans who faced tough re-elections, primarily Lindsey Graham of North Carolina and Susan Collins of Maine.

In the House of Representatives, three events are notable. On the one hand, even though the Democrats maintained their majority, they did so to a lesser extent than what was originally assumed. On the other hand, the notorious “squad” got re-elected, that is, a group of four  prominent and progressive women of colour; Alexandria Ocasio-Cortez (New York), Ilhan Omar (Minnesota), Ayanna Pressley (Massachusetts), and Rashida Tlaib (Michigan). A new name is coming into sight, on account of two other candidates who overthrew long-term incumbents and are aspiring to join; Black Lives Matter activist and nurse Cori Bush of Missouri, and former middle school principal Jamaal Bowman of New York. 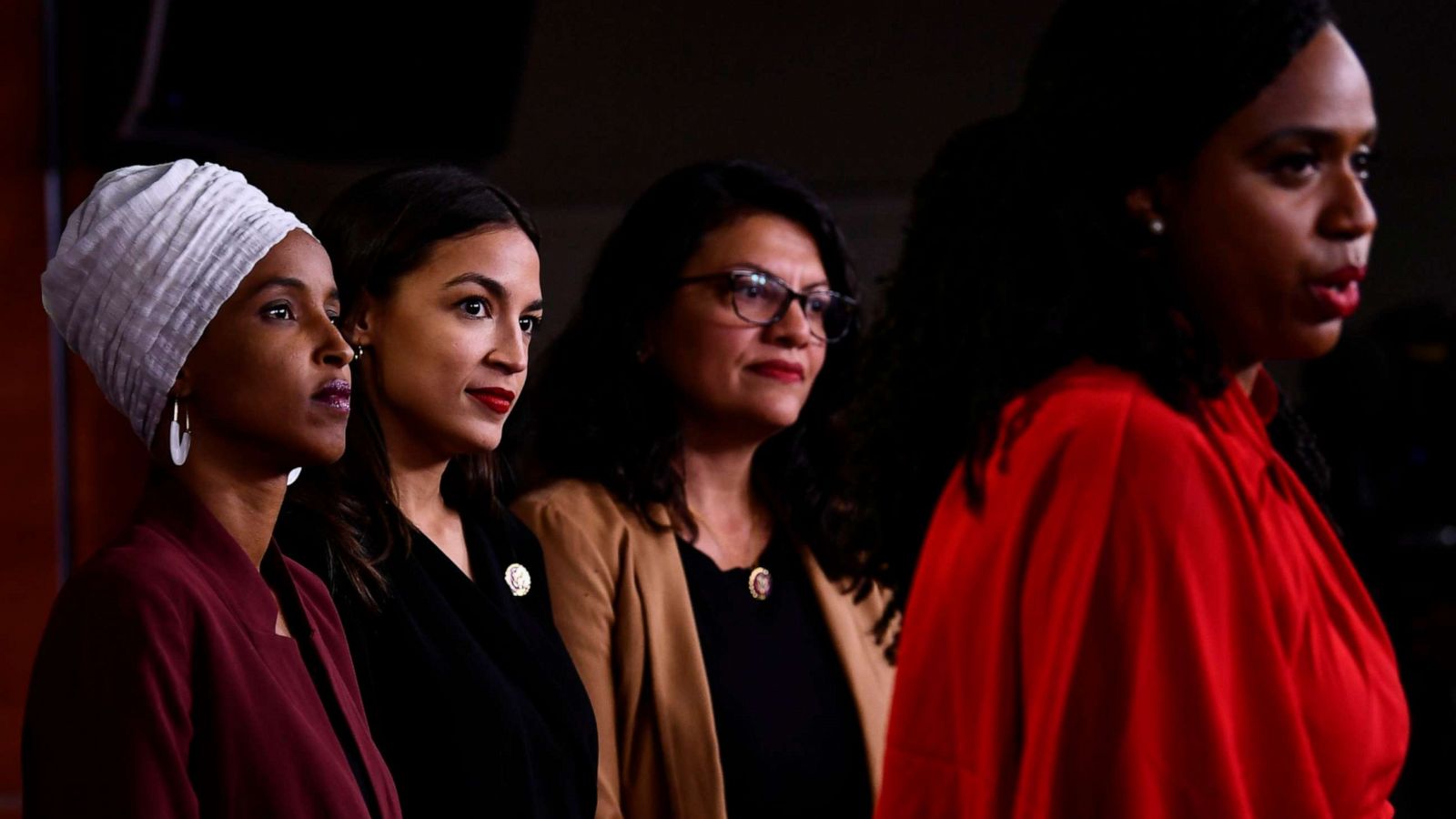 Last but not least, even more Native American and LGBTQ+ representatives won their respective races, such as Yvette Herrell (New Mexico) and Kaiali’i ‘Kai’ Kahele (Hawaii) or Sarah McBride, the first trangender state senator in Delaware. Nevada is now the first state to protect same-sex marriage in its constitution, whereas Florida raised its minimum wage to 15$ per hour. Thirdly, Oregon is the first state to decriminalise the possession of hard drugs, such as heroin and cocaine, and Arizona, New Jersey, Montana, and South Dakota have legalised marijuana for recreational purposes.

The “soul of America” will take long to comprehensively heal. President-elect Joe Biden is deemed as capable and experienced enough to bridge the partisan gap and send a new message of hope, unity, and diversity. Until his official inauguration on Wednesday, January 21st, a lot can happen; but as citizens and leaders worldwide celebrate his victory, Trump is pressured to accept reality: “he’s fired”.

By Anna Nguyen, Racism is a phenomenon that is quite common, regardless of where it occurs or by whom it comes from. Usually, racism peaks...
Διαβάστε περισσότερα
English Edition

Trust me, you are Good Enough

By Stella Vasileiadou, Despite all the benefits we are enjoying from using social media, unfortunately they have been linked to higher levels of envy, loneliness,...
Διαβάστε περισσότερα

By Vasiliki Theodosiou, The pandemic and the way people are experiencing it has magically managed to penetrate cultural differences and country borders. With most countries...
Διαβάστε περισσότερα