The Ardern Phenomenon: How Jacinda Won Our Hearts 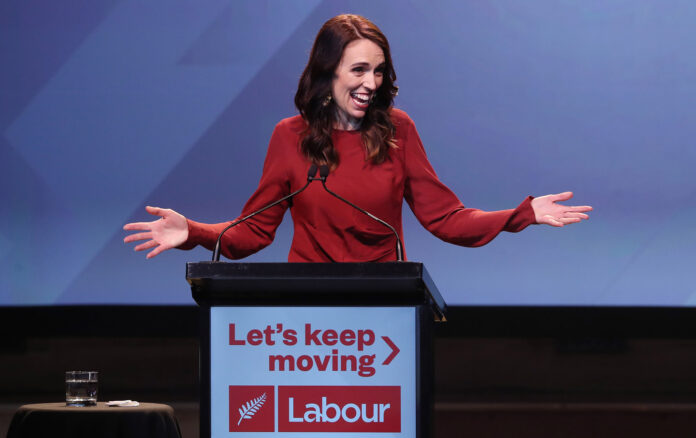 Less than two years ago, the name Jacinda Ardern rang no bells whatsoever to European ears. No one knew of the woman who would come to lead New Zealand. No one expected the small-town’s takeout store worker to become New Zealand’s prime minister and take over a leading position in international politics. In 2020, the Kiwis celebrated yet another Labor victory, with Ardern dominating the polls and winning in a landslide election which only reaffirmed the notion of “politics of kindness” and brought to the forefront the issue of the “kindness quotient”.

Contrary to common belief, politics is not all about brute strength and aggressive rhetoric, assertive domestic politics or stern foreign politics. In the last few months, leadership has come to mean something entirely different, something quite more humane and less clear-cut.

Ardern’s victory on the 18th  of October proved for yet another time that, in order to be elected, one does not need to be a populist. To win elections, one does not necessarily need to be aggressive and demanding. One just needs to be honest, awake and real: that is the key. And Ardern combines all three characteristics along with many more qualities that have helped her build a leader profile which assures New Zealanders, inspires Europeans and makes Americans wish for a different leadership. 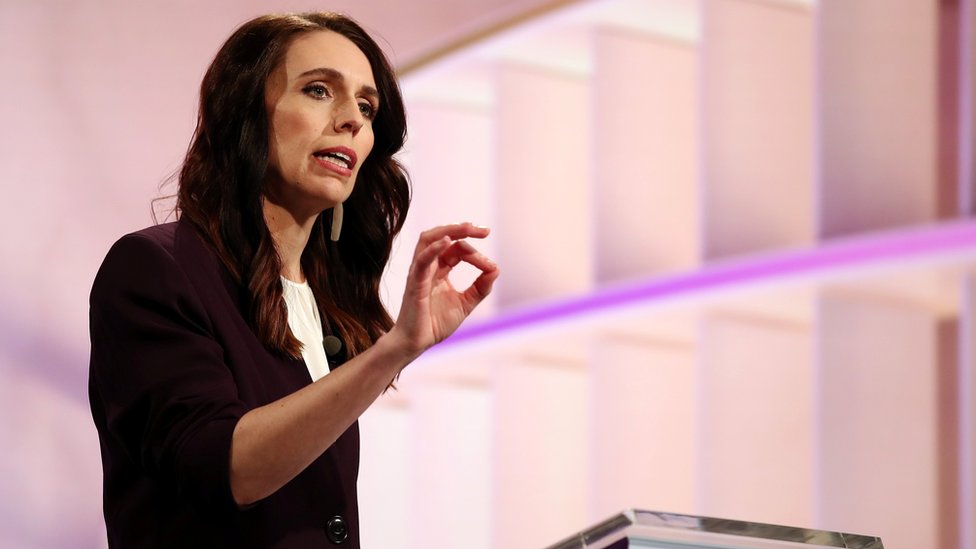 During her previous term, she faced her fair share of crises. The Christchurch Muslim prayer slaughter, the ravaging wildfires that brought disaster and the COVID-19 pandemic are just a few of the hurdles she had to overcome. Yet, despite the crises and their aftermath, her popularity did not waver. As a matter of fact, it increased and reached unprecedented levels. Her domestic promise to deliver a “transformational government” was essentially de facto awareness made de jure. This is what earned her this years’ 49% of the vote, the largest vote share the Labor party has received since the 1930s.

Yet her biggest winning card was the handling of the coronavirus pandemic. Her firmness in the fight against COVID, both in terms of strategy and pragmatic implementation, rewarded her with low case numbers, a small mortality rate and a successful path towards the restarting of the economy. Despite imposing one of the toughest lockdowns internationally, the country has experienced just 25 COVID fatalities and has recorded just one case for well over a month.

And it is not just the numbers that matter and prove that Ardern can be a teacher in this process. Displaying authority is not proportional to displaying aggressiveness, brutish force, and rudeness as is the case for many self-identified populist leaders. Successful decision-making means turning words into action, openness and truthfulness in the pursuit of solutions. It means reaching out to citizens via contemporary means, as was the case with the facebook live talks she held from her personal facebook account, shortly after putting her daughter to sleep. It means listening to the people, being honest with them and hiding nothing from them related to the crisis. Altering facts just to increase popularity is not unfortunately the key to success; it actually paves the way for political downfall.

In an era of populism and confrontation, Ardern’s victory is a symbol of how empathy and kindness can indeed prevail in politics. It is seen as an endorsement of an inclusive leadership that could extend well beyond national borders. Not only has she managed to lead a nation through several crises, accomplish the goals she set in her electoral promises and form a solid support base, but she has successfully communicated an overall vision, one that associates leading with caring. “In New Zealand, it is about the politics of inclusion”, mentions Zareh Ghazarian, senior lecturer in politics and international relations in Monash University in McBurney.

And she has not just won the hearts of the Kiwis. She has magnetized the Greeks, the Spanish, the Americans and the Egyptians. Ardern has received international plaudits for her response to the deadly shooting at two mosques in 2019, when shortly after the incident, she herself visited the places of worship wearing a headscarf and mourning with the rest of the Muslim community. Many say she did it just for the votes, but if one looks closely enough, one realizes within seconds that this is not the case here. Just a few months later, she showcased one more time her steel kindness in enacting one of the world’s strictest lockdowns to crush community transmission. 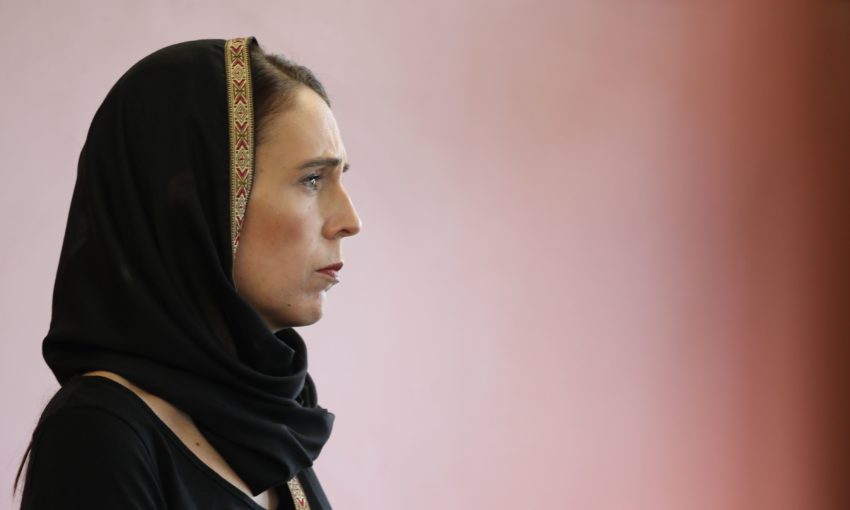 All this has rewarded her with a wave of support to secure the first outright majority in parliament since New Zealand introduced proportional representation in 1996, with 64 out of 120 seats in parliament. This brings a wider stability and prosperity to the nation, with investors unconcerned of the future and citizens showing satisfaction with the decision of a coalition between Labor and the Greens. The domestic challenge is not about security in office, it is about the approach she is to pursue, having to decide between a leftist or centrist political orientation to overcome the enormous economic and social challenges that are associated with recession.

The victory, however, can evidently point to the lesson Ardern gave regarding lives and livelihoods. This election was termed a “pandemic election” long before New Zealanders were aware of the looming electoral process. The crisis that dominated her time in office would also spell out her future survival. Many leaders that have delivered unsatisfactory results, primarily Boris Johnson in the UK and Donald Trump in the U.S., are now concerned about their office stability. Yet, Ardern prioritised health and economic considerations above everything else, instead of choosing between the two of them. The balanced combination of the two resulted in the government pursuing the balancing of this dyad through pragmatic and real policies.

The dyad was accompanied by a commitment to a science-led approach, amplifying the importance of truth and honesty in politics. Ardern avoided the adoption of a Ponzi scheme, moving on to promises she could not fulfil before even addressing the previous ones, and instead she opted for more fact-based, honest and open decision-making, which indeed paved the way to a successful crisis management.

Information, education, and unification of the people cannot be sacrificed for votes. Politicians are not magicians – they cannot make issues and crises disappear by hiding facts or providing misinformation.  The goal of fully developed democracies, that constitute the majority of regimes globally, is the minimization of external harm to citizen lives and livelihoods. The mobilization of collective action and effort and the enabling of copying with a health crisis are two parameters that, when combined with accurate information and leadership by expertise, can serve as the Triumvirate of leadership success. Because, if leaders do not foster a shared purpose or build citizen trust in their leadership, their tenure in office will be quite short-term.

None of these approaches constitute a magic bullet, divinely offering New Zealand the way to easily overcome the pandemic and “other stories”. No political plan has ever been flawless. But the centrality of reality in decision-making has made the Ardern example stand out from its peers. It has redefined the notion of leadership at a time when uncertainty and dissatisfaction are so strong as is the taste of lead tang in the air.  Leading in a pandemic is not easy and being faced with domestic backlash in the face of elections is a looming danger, making leaders pursue political decisions they otherwise would not to ensure their survival in office.

This pandemic exposed different kinds of democracies. It exposed the widely accepted ones, the ones regarded as the examples of what democracy in crisis is indeed, as was the case with Greece, Australia, Finland, Taiwan, Germany and Singapore to name a few. And it exposed the ones whose leaders perfectly exemplify the populist rhetoric, such as the UK, the U.S., Brazil and Russia.

But what it most certainly showcased was that leadership is not following principles written in stone; it is a combinatory process which includes virtues like honesty and empathy, but also pragmatism and focused decisions. In this, Ardern’s stylized governing abilities can pave the way for successful decision making and for a future with a leadership that will make a difference.

The misogyny you give, as experienced by the “good girls”

A critique on Alain Resnais’s “Hiroshima Mon Amour” (1959): A film for lovers

Yehuda and Maya Devir in their never-ending adventures