What’s in a bread? 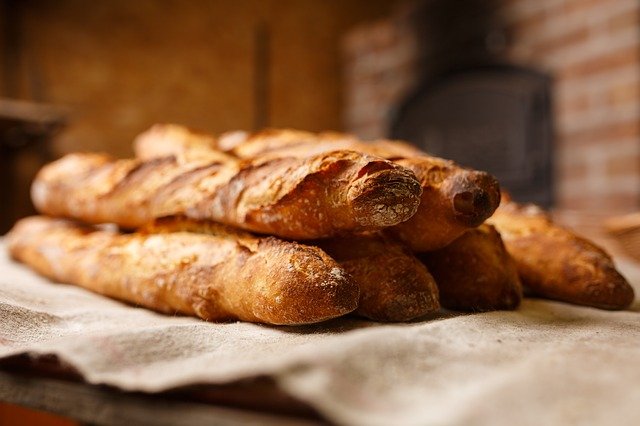 There are few things more satisfying than the gooey warmth of a fresh baked loaf of bread, covered in butter and sprinkled with coarse salt. One bite transports me to memories of my childhood, sitting outside a village bakery with my father, finishing an entire loaf of bread in minutes.

For a long time, I have viewed this level of decadence as an indulgence, something I only partook in when others provided it for me. Bread seemed too complex and delicious to be accessible. I couldn’t fathom gaining the culinary skills necessary to make it myself. In Canada, the bread I found at grocery stores was usually a horrendous disappointment and nothing like the steaming loaves I recalled from Greece. Sliced bread from the grocery store was dry and flavourless. A toaster and generous toppings just barely made up for the lack of flavour. So I turned away from bread and all the deliciousness it had to offer.

That is, until the year I received the gift of bread. My stepfather presented me with a large gift-wrapped box filled with all the tools and ingredients necessary to make his favourite baguette recipe. It was beyond easy and perfect for my level of baking skill. I’d heard about sourdough starters and was sufficiently intimidated by what seemed like an endlessly complicated process. The truth is, I wanted fresh bread without any effort. The gift box achieved just that. I took flour, yeast, salt and water, and mixed it all together. Then the recipe instructed me to wait 8 to 12 hours. All I had to do was set a timer and remember to put the dough in the fridge after it was done with its initial proofing (a fancy bakers word for letting it rise). And then, when I was ready to bake, I simply formed the dough into the distinct baguette shape. No kneading required for this recipe! So little work and then back to the long wait. Another half hour to proof before the dough could be transferred into the oven. Forty minutes later, the dough emerged reborn into bread.

Yet still, the time to eat it had not arrived. I flicked at the bread, which was now golden. It was so hard that my nail actually hurt from hitting against it. Surely this beautiful rock would be inedible? Another thirty minutes of resting proved me wonderfully wrong. There was no need to bother with a knife. I grabbed the baguette with my hands and broke it into two. My reward? Hot steam and the crunching and crackling of a baker’s job done to perfection. 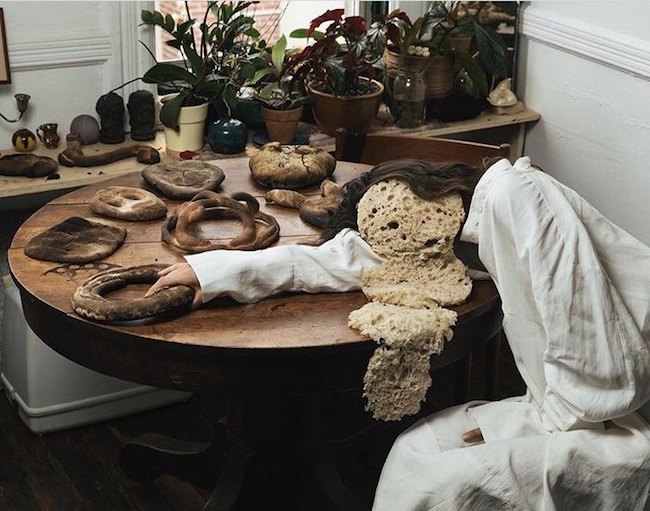 Once comfortable in the world of baking, I grew to love the strange shapes that bread could take. My loaves often came out in odd sizes and forms. The bread ignored the constructs that I tried to give it, taking on a life of its own that was far more beautiful than anything I could have imagined.

I baked regularly for my own enjoyment and soon brought dough with me when visiting friends, to share with them the wonders of bread. At the height of quarantine, as I cooked alone, my baguettes seeped through the molds I had used to keep them uniform. They emerged from the oven like two lovers entwined in a sleeping embrace. I was astounded that I had made something so delicious.

Beyond the pleasure of eating, sharing food with others and making edible art, I also discovered the meditative calmness of baking. Maybe it was because the process of kneading dough can act as a mini-workout, enhancing the production of endorphins that make us feel happy. But even in the case of a no-knead recipe, there is a relaxing feeling that accompanies the creation process. I attribute this to the joy of accomplishment. In a world driven by doing, it is easy to feel overwhelmed with a lack of productivity. On my worst days, I turned to baking. Even when I did nothing else that day, the simplicity of working with my hands, of creating something tangible that nourished me, acted as a form of therapy. For me, baking bread became an exercise in wellness, allowing for a primal sense of control and independence.

During times of extreme uncertainty, there is comfort in the self-sufficiency of homemade food. Not to mention that the ingredients for basic loaves are simple, accessible and cheap to purchase. This might explain the turn to bread-making during the pandemic. It seemed that everyone under the sun was covered in flour and recording themselves as they formed dough into bread. It might also be a reason to try it out, even if like me, at first it may feel too overwhelming. Trust me. Trust bread. It’s worth it.

Lubaina Himid: A contemporary artist worth paying attention to