The Hunt for Resources, The Case of The Exclusive Economic Zone 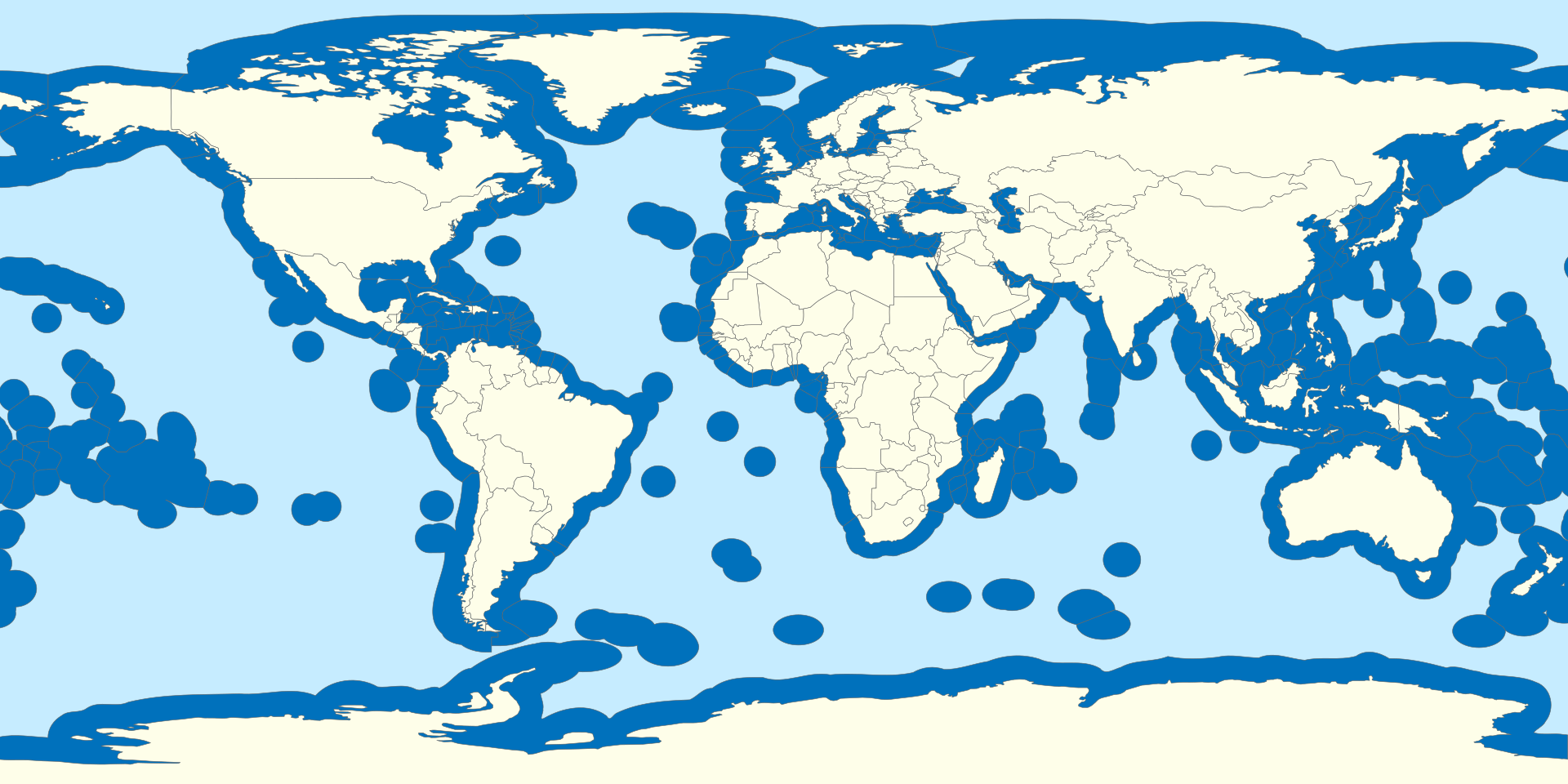 In the contemporary world, one of the major economic factors that can transform a country is the country’s disposal of natural resources, especially its mineral wealth. Oil has been, at least for the most part, the principal resource; however, as time goes by, technological advancement in the field has allowed for other resources – such as natural gas – to become more accessible and therefore, more exploitable. Countries around the globe have realized how profitable it can be to manage and exploit these resources by using them as a safety net or even as a boost to their economy. Since approximately 70% of the earth’s surface is water-covered, huge reserves of mineral wealth are “hiding” in the bottom of the sea. As a result, it became apparent that countries need to have a legal standard regarding the delimitation of the maritime borders in order to avoid confusion and possible conflicts. This solution was the introduction of the Exclusive Economic Zone.

The concept of an Exclusive Economic Zone was introduced in the 1982 United Nations Convention for the Law of the Sea. The EEZ is an area adjacent to the territorial waters of a state which gives sovereign rights for the purpose of exploring and exploiting, conserving and managing the natural resources, whether living or non-living, of the waters superjacent to the seabed and of the seabed and its subsoil (UNCLOS 1982). The longest range of the EEZ is around 200 nautical miles, however the range is reduced accordingly if one or more state’s maritime borders overlap with one another. Generally speaking, the EEZ should be delimited in an agreement with bordering countries (if and when there are any) and if an agreement cannot be reached the states involved should always behave in accordance with international law promoting the peaceful resolution of the issue.

Examples of Resolved Disputes in Europe

Norway and Russia: This dispute arose because of the status of the Svalbard archipelago, over which Norway has full sovereignty, but which is regulated by the Svalbard Treaty (1920) rendering Norway subject to certain stipulations. The disagreement involved the maritime borders of Russia and Norway. On the 15th of September 2010, the two countries resolved the matter by signing a treaty. The states agreed to a “Special Area” east of the delimitation line that lies within 200 nautical miles from Norway but beyond 200 nautical miles from Russia; they agreed that it would be part of the Russian EEZ.

Throughout the years, there have been many cases when the states cannot reach an agreement by mutual consent, so they authorize the International Court of Justice in the Hague to settle the dispute.

Romania and Ukraine: The dispute between Romania and Ukraine was connected to the establishment of a single maritime boundary between the two states in the Black Sea, thereby the delimitation of the continental shelf and Exclusive Economic Zones that appertained to them (ICJ, case 132). The cause of the dispute was mainly due to Romania’s objection against the Ukrainian Serpent Island’s rights to a continental shelf as well as an EEZ and the states’ different interpretation of the areas under consideration as opposite coasts. After the failed attempts of both countries to resolve the matter in a bilateral level, Romania filed the dispute in the registry of the International Court of Justice on the 16th of September 2004. The judgment of the court was issued on the 3rd of February 2009 which concluded that Serpent Island’s influence should be limited to a 12 nautical miles arc around the island and put a delimitation line on both countries’ EEZ based on the court’s interpretation of the coasts. 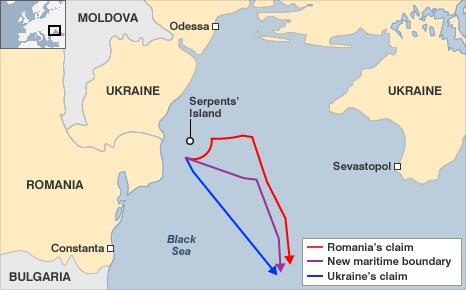 On the 27th of November 2019, the Republic of Turkey signed an agreement with the Government of National Accord of Libya regarding the delimitation of the maritime jurisdiction areas in the Mediterranean. The signing of the memorandum between Turkey and Libya was rejected by the Hellenic Republic and the Republic of Cyprus who denied the legitimacy of the agreement aggravating an already tense situation. These actions sparked a chain of events in the region that has been generating tension until today.

Greece has, since then, signed two agreements with Italy and Egypt, concerning the delimitation of maritime jurisdiction areas. Even though the agreements have not yet been ratified by the Greek Parliament (as of 26/08/2020), Greece has successfully promoted her thesis regarding the influence of its islands as both Italy and Egypt have considered the islands in the delimitation process (although in certain cases with lesser influence).

Ιn order to understand the  importance of the controversy, we need to take a look at the bilateral relations of Greece and Turkey since the 1970s. In November 1973, the Turkish government published the decision to grant the Turkish National Petroleum Company specific permits in order to conduct research in the Aegean Sea (Resmi Gazete, November 1973) –an area that Greece considers within its own continental shelf. Ever since then, the issues involving the territorial sea, the contiguous zone and the Greek Islands’ continental shelf on the eastern Aegean Sea, have been under dispute. These disagreements have escalated into two completely opposite perspectives concerning the extent of the Exclusive Economic Zones of the two countries.

The Greek thesis has for the most part been unaltered since the beginning and it concerns the status of its islands and specifically the existence of territorial waters, a contiguous zone, an EEZ and a continental shelf. Greece supports that the islands have the same rights as the mainland –concerning all of the issues mentioned above– based on the International Law of the Sea (UNCLOS, 1982) which is customary law and hence applies to non-signatories as well. Thus, Greece believes that all agreements should be based on the median line between the Greek islands of the eastern Aegean Sea and the coasts of Anatolia in accordance with international law.

Turkey has also followed a strict unvarying policy approaching the dispute. The country does not grant a continental shelf, a contiguous zone or an EEZ to the Greek islands of the eastern Aegean, because it believes that these islands should be considered as a special circumstance and should be treated accordingly with an exception to international law. Turkey grants these islands only territorial waters of 6 nautical miles, but has also issued a casus belli that takes effect if Greece extends its territorial waters over 6 nautical miles in these islands. As of 26/8/2020, the Greek PM, Kyriakos Mitsotakis, has announced that Greece will partially extend its territorial sea to 12 nautical miles from the Ionian Sea to cape Matapan in the southern Peloponnese. Moreover, Turkey supports that since she is not a signatory in the UNCLOS, she considers the convention as res inter alios acta (an agreement done between others). 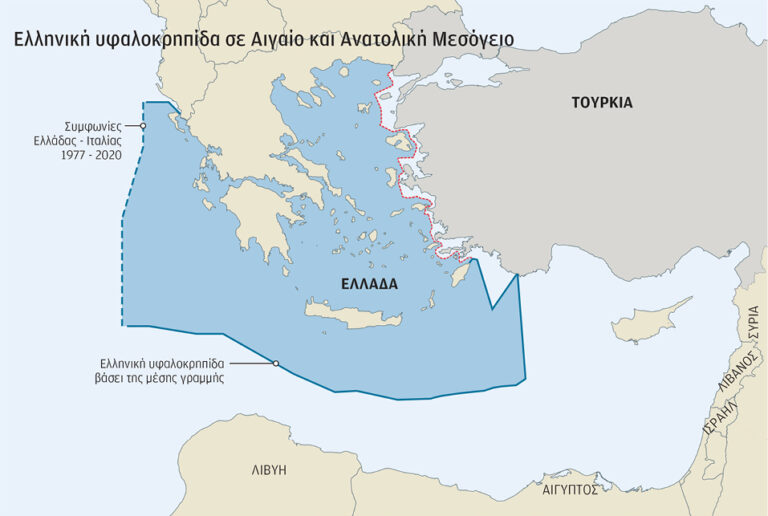 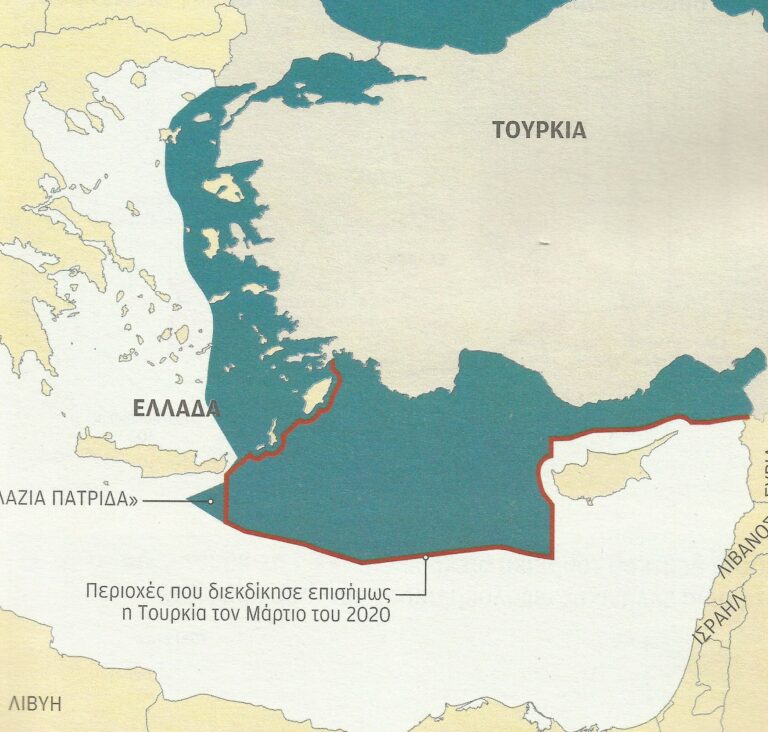 The situation remains tense and neither Greece nor Turkey seem willing to de-escalate it by conceding to each other’s claims. The allies of each country have also, in some cases, made an impact and contributed to the continuously worsened Greco-Turkish relations. Both countries should hold accountability for their actions and should not prolong a possible solution anymore. Since Greece and Turkey are considered allies, as they are both NATO members, they should behave accordingly and reach an agreement which would benefit both countries and would contribute to a general stability in the region.