State of the Union 2020: “A Union of Vitality in a World of Fragility”

Every year, in September, the President of the European Commission delivers the State of the Union address to the European Parliament, where he/she mentions the achievements of the previous year and underlines the goals and priorities for the next twelve months. The State of the Union address of September 2020 was considered to be significant as it was the first one by the new President, in which she pointed out her strategy regarding the European Union’s path in the next five years.

It was a speech that lasted more than an hour and included references to all the aspects that have been affecting the European Union the past few years, such as the recent pandemic crisis and the migration issue. The President’s speech was based on the “fragile” state the world is at the moment and the need of moving to a “new vitality”. Thus, she began her speech by promising three things: “Protection, stability and opportunity”. Firstly, the promise of protection refers to the tackling of the coronavirus pandemic by strengthening a European Health Union and by promoting the EU4Health program, in which collaborating organisations share the same vision of healthy people. The pandemic has underlined the fact that the European Union must enhance its preparedness and its crisis management as the coronavirus crisis showed that those levels were low. Moreover, the Von der Leyen Administration is willing to reinforce the European Medicine Agency and create a European BARDA, which will be an advanced biomedical research and development agency, similar to the one of the United States of America. That is why the President characteristically said: “None of us will be safe, until all of us are safe”. 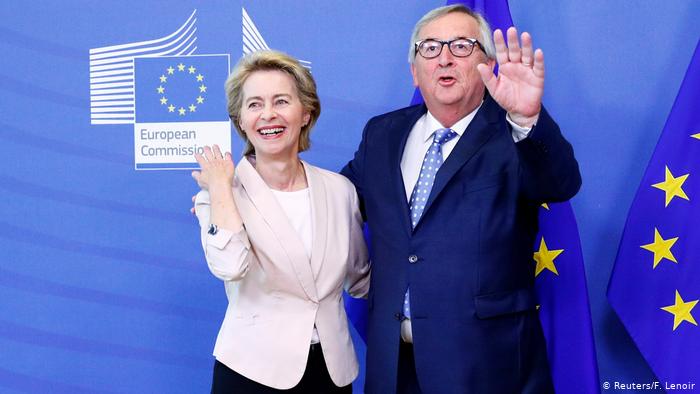 Secondly, the promise of stability refers to the need of providing a stable economy especially during the COVID-19 era, which combined with the current economic crisis has had serious consequences on the European economies that were starting to recover. President von der Leyen mentioned that the need for a strong Economic and Monetary Union is more urgent than ever. She saluted the efforts that had been made until now regarding the financial aid to the countries in need i.e. Greece, Croatia, Italy and Denmark by giving them 3 trillion euros in support and emphasised that “this is definitely not the time to withdraw support”. Lastly, the promise of opportunity lies in the four freedoms of movement, by enhancing the Single Market and the reform of the Schengen Area. The President pointed out the urgency of restoring the free movement of goods, people, capital and services in order for Europeans to have more opportunities in leading a prosperous life, a promise made to them by the European Union.

In the speech of the Commission’s President, some political issues were raised as they have been affecting certain European countries and consequently the European Union as a whole. Specifically, the President referred to the situation in Belarus, showing her support to the Belarusian people and the events that take place in the Eastern Mediterranean with the Turkish drills asking for the quick de-escalation of the tension in the region. Furthermore, another European Commission’s priority is the strengthening of its partnership with other allies such as the United States and China. Mrs. Von der Leyen stated that there are differences between the European Union and the other two countries respectively, but she emphasised the mutual benefits that each cooperation will have. Another important aspect that was mentioned was that of migration, which has been affecting the European Union for a great amount of time. On the occasion of the fire in the Moria camp in Lesvos, the President underlined the need of the reform of the Migration Policy in order to provide the refugees viable conditions to live in and called all the Member States to contribute to this as it is a “European challenge”. Lastly, President von der Leyen, supported the rights of the LGBTQI community by saying that “LGBTQI-free zones have no place in the Union”, referring to Poland where some towns and regions were self-declared “LGBT-free ideology”. The European Union that the current President envisioned in her speech would be a place where all people can be themselves, both in ideology and in identity.

The State of the Union address by President von der Leyen was followed by statements from the Members of the Parliament; some of which were in favor of the President and others who were opposed to the points mentioned. The boldest statement came from the President of the political group Renew Europe, Guy Verhofstadt, who proposed to von der Leyen to save her speech for the European Council as all of the issues that she raised would have to be approved by the Council first. He mentioned that all the sanctions that were proposed cannot be proceeded with due to the fact that decisions are voted unanimously in the Council. He characteristically said that they are all “words and not actions” and ended his speech by proposing to the President to change her strategy in order to avoid being characterised as a “geo-minimal Commission”.

Taking all of the above into consideration, it is observed that the Von der Leyen presidency aims at creating a more sustainable European Union that can adapt to any challenges coming its way. She presented to the European Parliament a complete strategy plan that will cover all the issues that have risen recently. However, as Verhofstad stated, more often than not, the European Union is being accused of talking rather than acting. It is believed that the European political system, which has been built in this particular way is the same thing that has been blocking the completion of the European integration progress. It is a fact that sometimes it is difficult for two people to agree on something, but when it comes to 27 countries with different interests, the same task is even more difficult to achieve.

By Niki Angelopoulou, The autumn season is upon us and the weather is getting colder by the minute. Whether it is spooky or simply reminiscent...
Διαβάστε περισσότερα

Friends γιατί…”I’ LL BE THERE FOR YOU”